Nicola Sturgeon says the last year has ‘tested her’

Mr Johnson’s press secretary, Allegra Stratton, has said the Government has increased the money sent to Scotland since the start of the pandemic. Ms Sturgeon this morning accused the Prime Minister of not valuing the people of Scotland and believing there should be a cut in funding for north of the border.

The SNP leader used a 20-year-old column by Mr Johnson to back up her claims.

Addressing supporters ahead of the Scottish Parliament elections on May 6, Ms Sturgeon said: “Boris Johnson has made it clear what he thinks of the way we do things in Scotland.

“In the past, he has accused us of ‘free-riding’ on tax-payers south of the border.

“He has said it is ‘monstrous’ that we have free personal care. 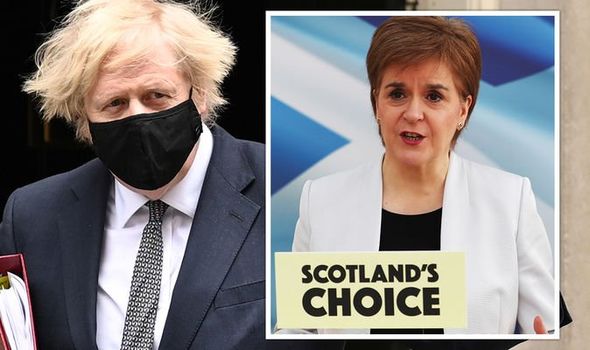 “Many of his band of Brexiteers are on record with similar views.

“Now, because of the strength of the SNP the Tories probably think they wouldn’t get away with cutting Scotland’s share of UK spending.

“But I’m pretty sure that’s what they would like to do.”

Funding to Scotland is protected under the Barnett formula which is used by the UK Treasury to determine the budget for the devolved administrations.

It aims to ensure each of the four nations of the UK receives funding that is comparable based on population size. 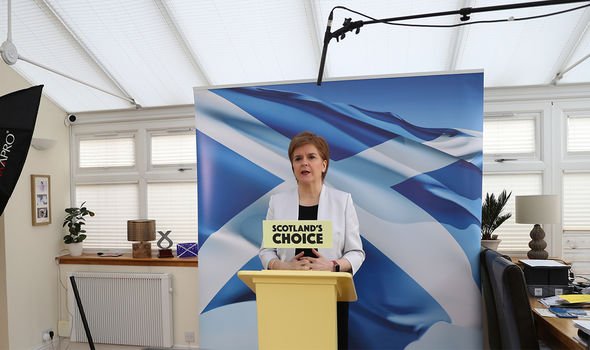 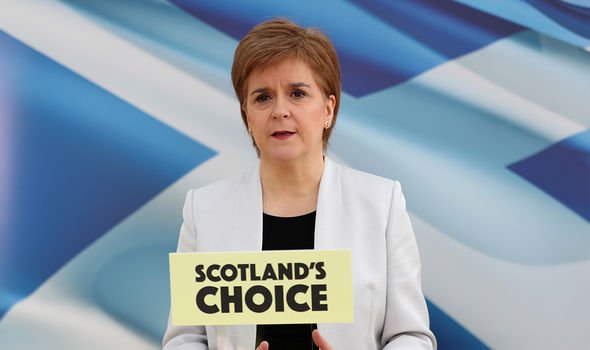 “There are no plans whatsoever to cut the barnet formula,” Ms Statton said this afternoon, dismissing the remarks made by Ms Sturgeon.

“The direction of travel has been in the opposite direction, there has been an increase in support for the Scottish people.”

The Prime Minister’s press secretary highlighted the extra money given to Holyrood by Westminster over the past 12 months to help with the pandemic. 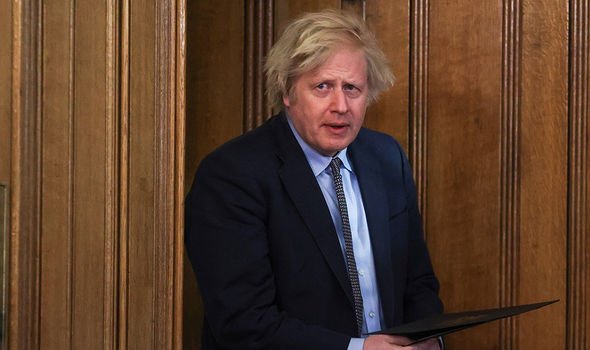 She said: “I’d just point to the £9billion of funding that the uK Government has made sure Scotland has got to help people through the pandemic, over and above what would normally be given due to the Barnet consequentials.

The SNP are aiming to secure a majority in Holyrood following May’s election in order to push for a new independence referendum.

Ms Sturgeon said in her speech today: “My message in this vital election – given the times we are living through, perhaps the most important election in our country’s history – is this:

“For the strong, experienced leadership that the country needs at this time of crisis, for a bold, progressive, ambitious policy programme to kickstart our recovery from Covid, and to secure the right to choose our independence, vote to re-elect me as your First Minister and the SNP as your government.

“Give us the mandate we need to get things done.

“I am asking you to cast both votes for the SNP on May 6.

“Together, let’s get on with the job of building a country to be proud of.”