EU 'has a responsibility to support protocol' says Frost

The UK and EU have agreed to prolong the grace period on customs checks for a further three months until the end of September. Britain had written to the European Commission last month to ask for an extension to the grace periods while negotiations could take place on a more permanent solution.

Ministers have accused the EU of being “purist” in its implementation of the Protocol and said it needed to show more pragmatism.

It said a ban on the transport of sausages and other chilled meats across the Irish Sea, due to come into place tomorrow, risked undermining the UK’s internal market.

Brussels has demanded the Protocol be imposed in full and threatened to take action against the UK if it failed to meet its commitments. 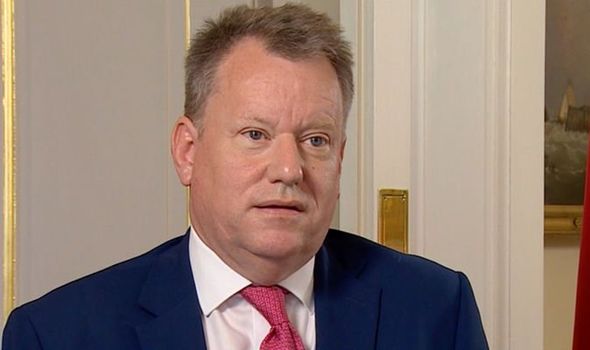 The minister said Brussels had come to understand the damage the mechanism’s implementation was having on Northern Ireland and the need to find a compromise.

“This is a very clear sign that the Protocol has to be operated in a pragmatic and proportionate way,” he said.

“We are pleased we have been able to agree a sensible extension on chilled meats moving from Great Britain to Northern Ireland.”

The minister, who was responsible for negotiating the Brexit withdrawal agreement for which the Protocol was a part of, described the extension as a “positive first step” but said crunch talks with the EU now needed to take place to find a long term solution to the issues caused by the mechanism.

“This is a positive first step but we still need to agree a permanent solution – Northern Ireland is an integral part of the United Kingdom and its consumers should be able to enjoy products they have bought from Great Britain for years,” he said.

“The chilled meats issue is only one of a very large number of problems with the way the Protocol is currently operating, and solutions need to be found with the EU to ensure it delivers on its original aims: to protect the Belfast (Good Friday) Agreement, safeguard Northern Ireland’s place in the United Kingdom, and protect the EU’s single market for goods.

“We look to work energetically with the EU to do so.”