Police bill: Theresa May says ‘freedom of speech is important’

MPs are currently debating the new legislation that would give police increased powers to intervene in protests. The debate comes just two days after officers came under scrutiny for their handling of a vigil held for Sarah Everard in London on Saturday. Former Prime Minister Theresa May has voiced her concerns with the proposed bill in a speech to Parliament. She has insisted that the Government had to walk a fine line between being “popular and populist” telling lawmakers “our freedoms depend on it.”

The former Conservative Home Secretary told her fellow MPs on Tuesday that she was worried about some of the “unintended consequences” of some of the measures in the bill.

She said: “Freedom of speech is an important right in our democracy.

“I know people who would have seen scenes of protest and said why aren’t Government doing something.

“Which the answer in many cases may simply be because we live in a democratic, free society.” 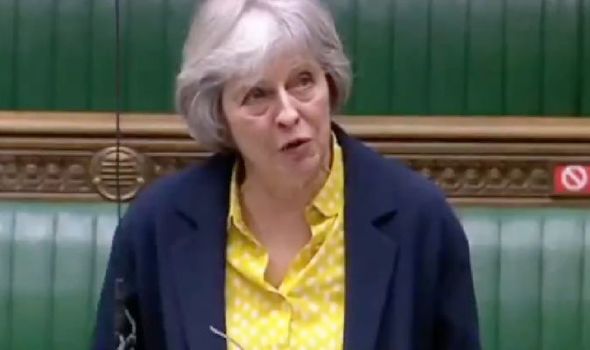 “I do worry about the potential unintended consequences of some of the measures in the bill which have been drawn quite widely,” Ms May continued.

“Protests have to be under the rule of law but the law has to be proportionate.”

She added: “So there are very important elements of this bill.

“But I would urge the government to consider carefully the need to walk a fine line between being popular and populist. 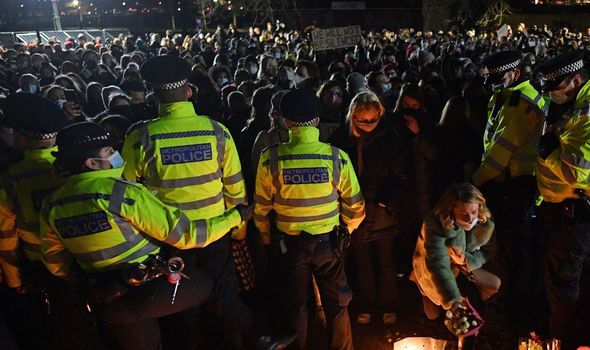 “Our freedoms depend on it.”

The 307-page Police, Crime, Sentencing and Courts Bill will empower offices to take a “more proactive approach” to tackling “highly disruptive” protests which are deemed to be a disturbance to public order.

The home secretary, Priti Patel, will also be granted new powers to decide what kind of protest falls into the category of a  “serious disruption”, which would, in turn, give officers the green light to crack down on said demonstration.

The proposed legislation also gives police more power to deal with “static protests” such as “sit-ins”, referencing the Extinction Rebellion protests which, the bill states, cost £16million to police. 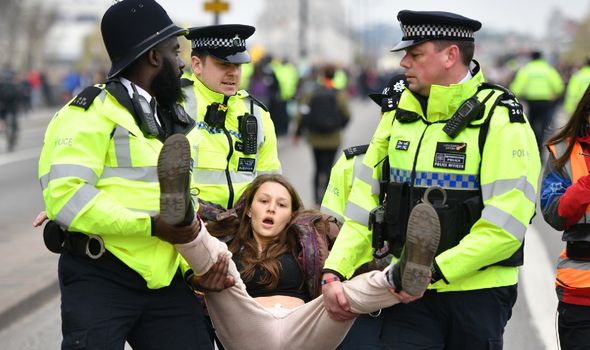 Labour have said they would vote against the Bill for “ignoring violence against women”.

David Lammy, the shadow justice secretary, said it was “no time to be rushing through poorly thought-out measures to impose disproportionate controls on free expression”.

He said the legislation was a “mess” that “could lead to harsher penalties for damaging a statue than for attacking a woman” and warned it would “divide the country”.

Mr Lammy added: “Now is the time to unite the country and put in place long-overdue protections for women against unacceptable violence, including action against domestic homicides, rape and street harassment.”