Dominic Cummings has told a judge he did not ask for a company to be given a government contract because bosses there were his “friends”.

Mr Cummings, a former senior aide to Boris Johnson, said he would “never do such a thing” and defended the awarding of the contract to Public First.

The Good Law Project has launched a High Court battle with the Cabinet Office, complaining about an agreement struck for focus group and communications support services. 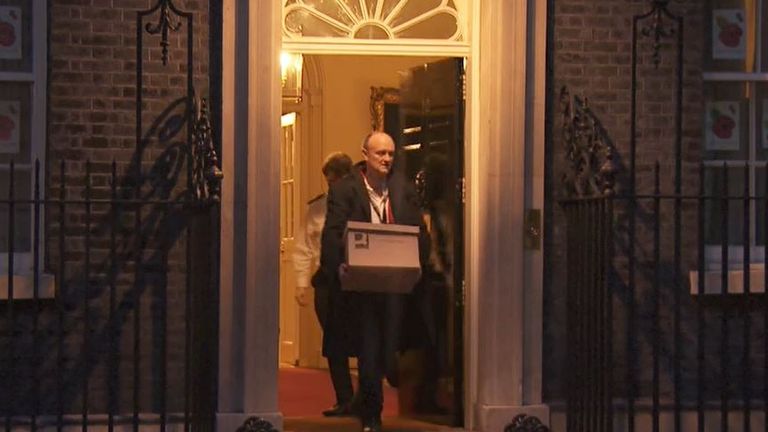 A barrister representing the Good Law Project, which says it uses the law to protect the interests of the public, said the contract was given to Public First because that is what Mr Cummings, the prime minister’s former senior aide, wanted.

“No other provider was considered.”

He said more than £500,000 had been spent and told the judge that it was “not strictly necessary” to award the contract to Public First without competition.

Ministers are battling against the claim, while Mr Cummings defended the choice of Public First in a written witness statement prepared for the litigation and seen by the judge.

He said Britain had been facing an emergency because of the COVID-19 pandemic and “the award of the contract without delay” was “entirely justified”.

“Obviously I did not request Public First be brought in because they were my friends,” said Mr Cummings.

“I would never do such a thing.”

He added: “I was the prime minister’s main political adviser from July 2019 until November 2020.

“Because of COVID in 2020, this role involved issues of management and procurement far more than it did political advice.

“A big part of my job was solving Whitehall problems – in particular trying to eliminate obstacles and to get the right people into the right roles and the right meetings.”