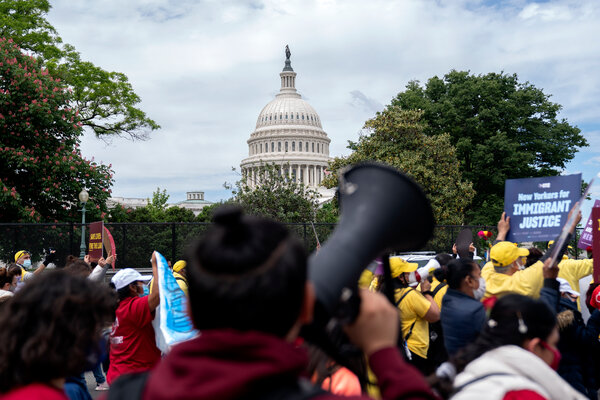 WASHINGTON — House Democrats, who led an angry charge against the Trump administration’s treatment of migrant children, have taken a much quieter tack since concerns began emerging about conditions at some of the emergency shelters set up by the Biden administration to deal with minors at the southern border.

Where once only Twitter assaults and dressing-downs at House hearings would suffice, Democratic lawmakers are voicing worries privately to administration officials and the small staff at the Department of Health and Human Services, which oversees the care. If problems persist, the lawmakers say they call again.

Democrats say the contrast is for good reason: former President Donald J. Trump’s immigration policies were deliberately cruel, devised as a deterrent to would-be migrants, while the Biden administration is trying hard to deal with a bad hand.

“The difference is you have an administration who wants to solve a lot of these challenges, and their heart is in a much better place,” said Representative Joaquin Castro, Democrat of Texas.

Representative Veronica Escobar, Democrat of Texas, said she has so far been impressed with the administration officials working on the issue.

This time, Republicans are the ones outraged.

“You and your colleagues previously decried the humanitarian crisis on the border in 2019, blaming ‘the Trump administration’s inhumane policies’ for creating it,” Republicans on the House Oversight Committee wrote to their Democratic counterparts in March. They added, “It appears that committee Democrats only care about these issues when there is a Republican in the White House.”