The Prime Minister has been looking to reshuffle his Cabinet for a number of months and was set to shake up his top team in January before a surge in coronavirus infections delayed the plan. Mr Johnson was expected to conduct his reshuffle in July during the Parliamentary recess giving ministers time to bed into their new jobs before MPs returned to the Commons in September.

However, the Westminster rumour mill is alight with suggestions No10 is now considering bringing forward the plans to next week.

On Wednesday Dominic Cummings will give evidence to the Health select committee of MPs, giving his assessment of how the Government handled the pandemic.

The former chief aide to the Prime Minister fell out with his boss last autumn and was dismissed from his role.

His evidence is expected to be explosive as he looks to humiliate his once close ally. 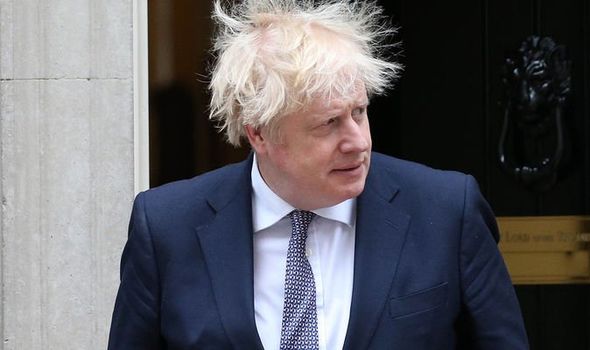 Suggestions a reshuffle could take place in just days to distract from the fallout from the evidence session have been downplayed by No10 but officials have refused to rule out the move.

Responding to questions, a spokesman said: “It’s not something that we would comment on.

Since leaving his role in No10 Mr Cummings has been blamed for a series of damaging leaks about the Prime Minister.

An anonymous source in Downing Street accused the former Vote Leave chief of being responsible for the leaking of Mr Johnson’s personal text messages and for claiming the Conservative leader said last autumn that he would rather “let the bodies pile high” than order third national lockdown.

Mr Cummings has also publicly made a series of damning statements about the way ministers handled the coronavirus crisis at the start of the pandemic.

Writing on social media earlier this week about the conduct of Government last sping, he said: “One of the most fundamental and unarguable lessons of February to March is that secrecy contributed greatly to the catastrophe.

“Openness to scrutiny would have exposed government errors weeks earlier than happened.”

In a blog published in April he said: “It is sad to see the PM and his office fall so far below the standards of competence and integrity the country deserves.”