Boris Johnson fails to rule out returning to local lockdowns

The Prime Minister declared yesterday that there was so far no “conclusive” evidence that the highly-transmissible B1.617.2 coronavirus variant would hijack plans to end remaining legal limits on social contact from June 21. The Government will keep the spread of the strain “under very close observation”, he said, and he would make a decision “in the next few days” about the next stage in his roadmap out of restrictions.

And the PM insisted the Government was taking “very, very draconian action” to protect the country against the import of any newly arising variants of the coronavirus.

Mr Johnson told reporters yesterday during a visit to a vaccine centre in north London: “We’ve just got to be cautious about the way we approach it.

“And we’ll be letting people know as much as we can as soon as we can.

“But at the moment, we don’t see anything conclusive that makes us think we have to deviate from the roadmap.

“Obviously, we’ll be letting people know as soon as we’ve got all the data.”

Mr Johnson’s official roadmap out of lockdown, published earlier this year, identified June 21 as the final stage in the lengthy process, including ditching the official advice for people to work from home where possible. 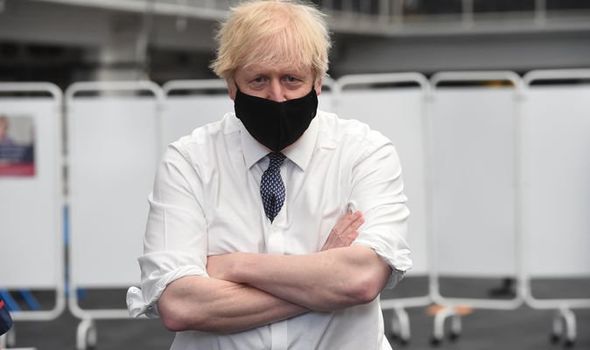 However, ministers are refusing to rule out shifting the date in response to surging outbreaks of the Indian variant in a number of hotspot areas around the country including Bolton, Blackburn, Bedford, Sefton, Chelmsford and Croydon.

On Monday the Government said 86 local councils in England had five or more cases of the variant.

Mr Johnson said his ministers and officials were very closely monitoring all the incoming data about the spread of the variant first identified in India. The Prime Minister added: “Well, we’re looking at the epidemiology the whole time as it comes in.

“And at the moment, I think partly because we’ve built up such a wall of defences with the vaccination programme, I don’t see anything conclusive at the moment to say that we need to deviate from the roadmap.

“But we we’ve got to be cautious, and we’re keeping everything under very close observation. We’ll know a lot more in a few days’ time.” 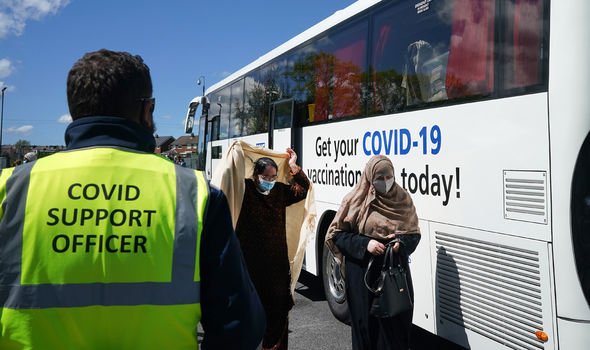 He went on: “We’re keeping everything under very, very careful, close review.

“We’re looking at all the data as it comes in from places like Bolton, Blackburn, Bedford, Sefton and other places, just looking at those curves, where they’re moving, trying to understand whether the Indian variant is more transmissible, and if so, by how much more it’s transmissible. And also trying to understand to what extent our vaccine programme has already sufficiently fortified us all against it.

“And I’m afraid we just got a few more days of looking at that data.

“But as things stand, at the moment, I can see nothing conclusive in the data to say that we have to deviate from the present roadmap.

“But we’ve got to be cautious and we’ll be letting people know in a few days’ time.”

Mr Johnson insisted his Government had taken “prompt action” to attempt to restrict the spread of the Indian variant – despite warnings that travel to India should have been curbed much sooner than it was. 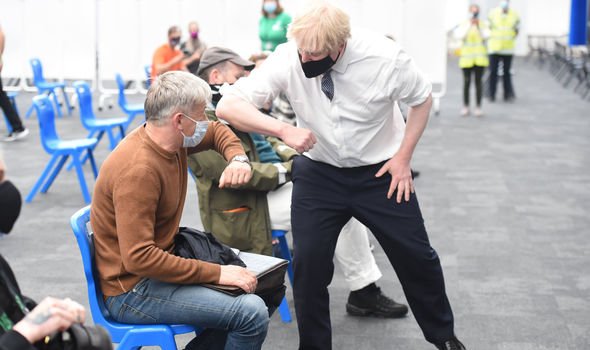 He said: “Well, if you look at what actually happened with the variant that we’re talking about, the so-called Indian variant, the B1.617.2, India was put on the red list before this was even a variant under investigation, let alone a variant of concern.

“So we took prompt action and we will continue to take very, very draconian action in respect of all variants coming from wherever around the world.”

Mr Johnson repeated his call for everyone offered a Covid vaccine to take up the jab.

At the start of the week, Health Secretary Matt Hancock said most Covid-19 patients who are in hospital with the Indian variant in Bolton had failed to take up the offer of a vaccine.

In Bolton, a new vaccine centre has opened up and ministers have been stepping up calls for people to book vaccinations as soon as they are offered appointments.

Mr Johnson said: “I want to thank everybody in this country who is coming forward to get vaccinated, that’s the way I look at it. 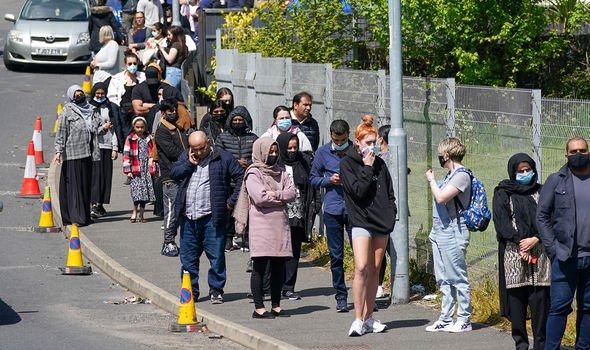 “And this country is quite extraordinary. There was a poll, I think done last night, which showed that of all the countries in the world we are the most positive about vaccinations, the numbers are incredibly high.

“And I know that some people have been more vaccine-hesitant than others, but actually across the whole of society the numbers continue to go up in every age group and that’s very, very encouraging. And I would urge everybody who is eligible for a vaccine, when you get your call-up from the NHS, come and get your jab.”

Earlier yesterday, the Prime Minister told his weekly Cabinet meeting in 10 Downing Street that he still wants to continue with the roadmap for lifting coronavirus lockdown restrictions in England, due to end next month.

His spokesman said: “The Prime Minister set out the Government’s desire to continue to work through the roadmap following the move to step three on Monday.

“He concluded Cabinet by re-stating the important need to closely watch the data in the coming days ahead of making decisions on step four.”