In a furious outburst, Mr Cummings accused the Prime Minister of seeking to halt the investigation into the leak of plans for a second lockdown after he was warned a close friend of his fiancee Carrie Symonds could be implicated. He claimed a special adviser and a close friend of Ms Symonds, Henry Newman was responsible, but Mr Newman denied the claims.

Mr Cummings, who left Downing Street in December also claimed Boris Johnson had attempted an “unethical, foolish, possibly illegal” plan to get Tory donors to fund a lavish £60,000 refurbishment of his official No. 10 flat.

The claims have prompted speculation Mr Cummings is bent on revenge after his dramatic departure last year from No 10 amid reports of a bitter internal power struggle with Ms Symonds.

Last night, Mr Johnson made an attempt to brush off the allegations and said the public did not “give a monkey’s” about such matters.

Asked if he had tried to block the leak inquiry, the Prime Minister replied: “No, of course not.” 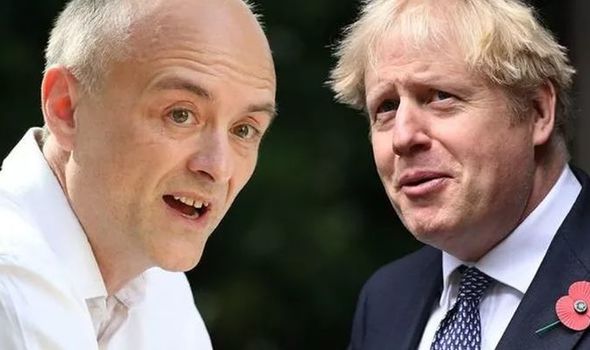 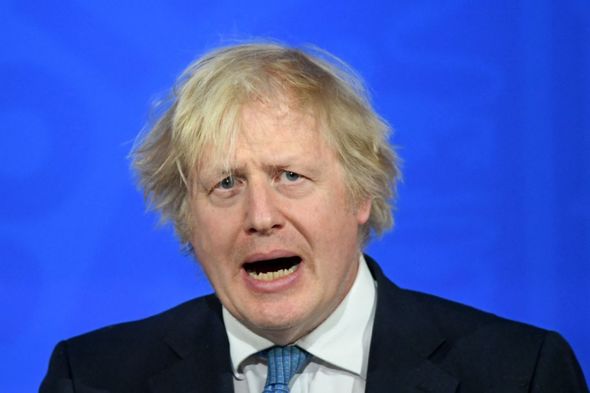 Downing Street said in a statement that ministers had acted at all times “in accordance with the appropriate codes of conduct and electoral law”.

The source added: “Mr Cummings is simply trying to attract attention and get back at the Prime Minister.”

In response to the claims about the funding of the flat refurbishment, a Downing Street spokesman, added: “At all times, the Government and ministers have acted in accordance with the appropriate codes of conduct and electoral law. 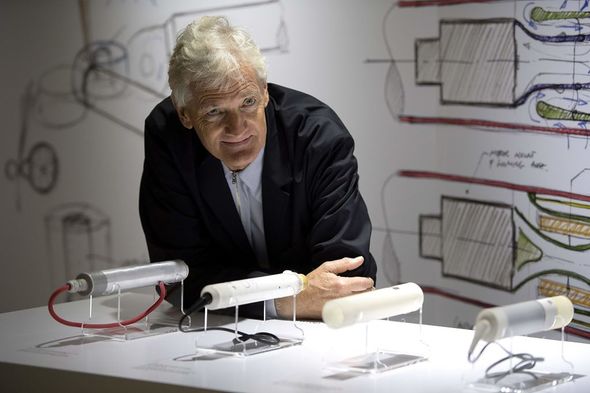 “Cabinet Office officials have been engaged and informed throughout and official advice has been followed.”

Mr Cummings launched the attack on the Prime Minister in a 1,100 blog post amid claims by Mr Johnson he was the “chatty rat”, the term given to the leaker of news of the second lockdown last winter.

He also claimed Mr Cummings was behind the leaking of text messages exchanges in which the Prime Minister promised to “fix” a tax issue for the entrepreneur Sir James Dyson.

In the post, Mr Cummings said: “It is sad to see the PM and his office fall so far below the standards of competence and integrity the country deserves.” 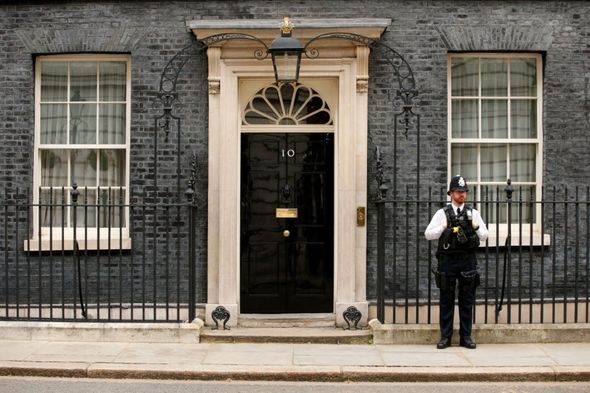 The former Beaconsfield MP, a critic of Mr Johnson said: “It is all smoke and mirrors.

“He hasn’t said when he decided to repay it or whether he has now repaid it.

“The fact is that he did get, I think it has become quite clear, a significant gift towards the refurbishment of the flat.

“If a minister goes abroad and gets given a gold watch by a foreign he has to hand it back to the Government or he has to buy it back.

“My impression is there has been constant wriggling about the source of the money for this refurbishment.”

Steve Reed, Labour’s shadow communities secretary, said: “We are calling for the Government to publish any correspondence relating to payments or donations around the refurbishment.

“We need to know the full amount that was spent and we need to know who paid for the work in the first place who the Prime Minister now proposes to reimburse.”

Ministers are braced for further allegations when Mr Cummings appears next month before MPs investigating the Government’s response to the coronavirus pandemic.

Mr Cummings was credited as the “maverick genius” behind the successful Vote Leave campaign in the 2016 Brexit referendum which Mr Johnson fronted.

When Mr Johnson became Prime Minister in 2019, he controversially brought him into Downing Street as his top adviser.

In No10, he was seen as the architect of the strategy which broke the deadlock in Parliament over Brexit and resulted in a crushing general election victory for the Tories.