MIAMI (Reuters) – Former New York Mayor Michael Bloomberg will reassess the future of his Democratic presidential campaign after his disappointing showing on Super Tuesday, but a campaign official said that did not mean his candidacy would end on Wednesday.

“As our campaign manager said before the polls closed tonight, any campaign would reassess after tonight, after next week, after any time there was a vote,” said Bloomberg national press secretary Julie Wood.

(Get all the Super Tuesday action: here)

Another campaign official told Reuters it was inaccurate to suggest Bloomberg’s presidential run could end on Wednesday.

Bloomberg was unlikely to win any states, although he will likely pick up some of the 1,357 pledged delegates available. He was projected to win in American Samoa, a U.S. territory that awards a total of six delegates. He also picked up some delegates in Colorado and early results showed him No. 2 in delegate-rich California.

“As the results come in, here’s what is clear: No matter how many delegates we win tonight, we have done something no one thought was possible,” Bloomberg told supporters in West Palm Beach, Florida, on Tuesday evening.

“In just three months, we’ve gone from 1% in the polls to being a contender for the Democratic nomination for president.”

After entering the race in November, more than six months after his main competitors, Bloomberg spent nearly three quarters of a billion dollars on his campaign, much of it on ads arguing that he could defeat Republican President Donald Trump in the November election. 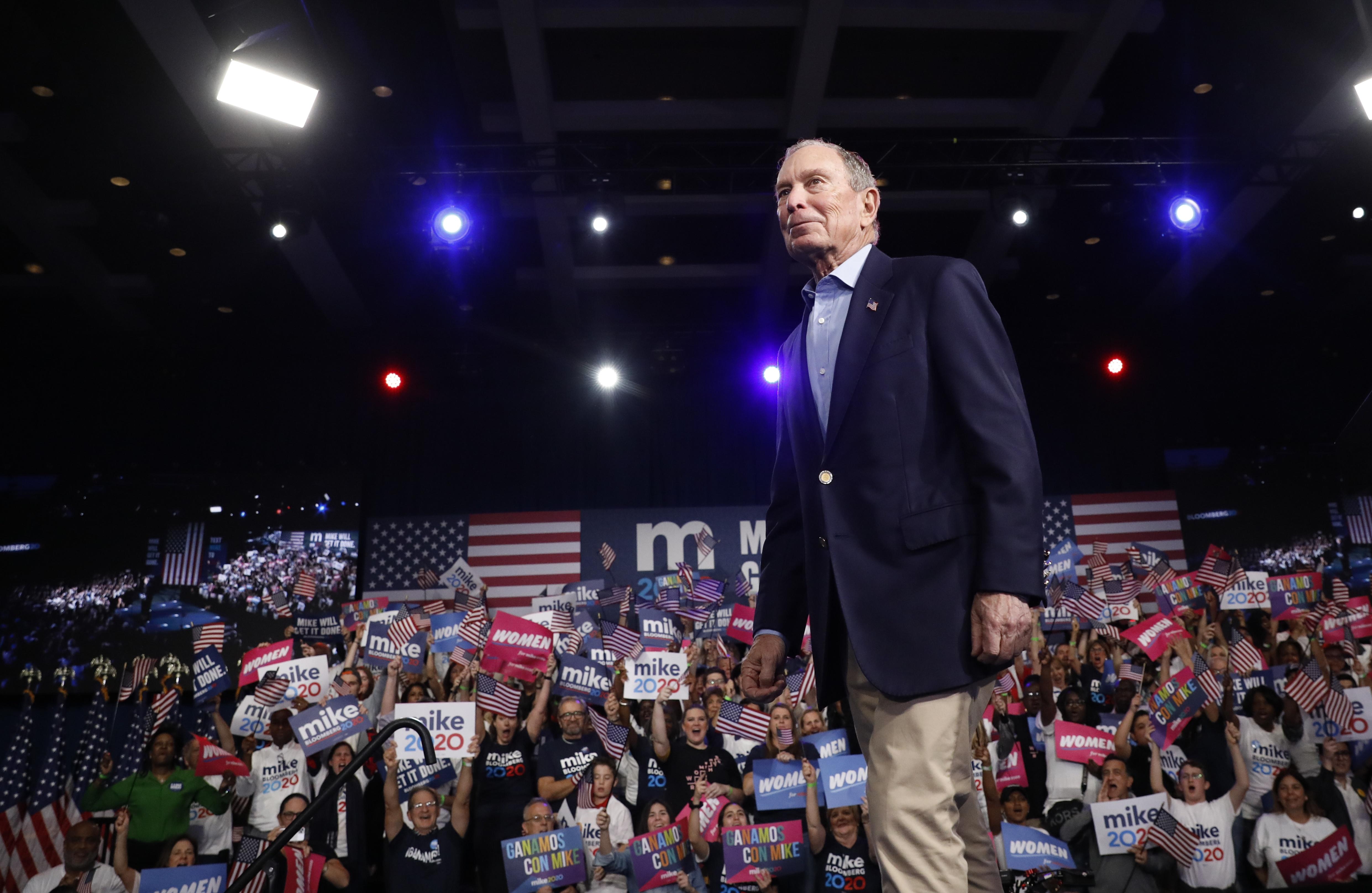 “Our number one priority remains defeating Donald Trump in November,” the Bloomberg campaign said in a statement late Tuesday.

He hired thousands of staffers and mounted a vigorous national tour focused on Super Tuesday states, and began to rise in national opinion polls.

But Bloomberg was dogged by criticism of his past support as mayor of “stop and frisk,” a policy that encouraged police to stop and search pedestrians and ensnared disproportionate numbers of blacks and Latinos. He was also slammed in two Democratic debates for past sexist remarks.

Joe Biden’s decisive win in South Carolina on Saturday and the subsequent endorsements of former rivals Pete Buttigieg and Amy Klobuchar led to a surge in support for the former vice president, who was projected to win at least eight states on Tuesday.

Bloomberg said on Tuesday night he had done well among “swing voters” and “proved we can win the voters who will decide the general election,” but it was unclear which voters he was citing.

Exit polls showed Biden beating Bloomberg comfortably among conservative voters and independents. In Texas, for instance, where Bloomberg spent a large amount on ads, Biden was leading him with voters who do not identify with either major political party by 24% to 12% and among voters describing themselves as “conservative” by 25 to 17%.

Half of voters in three states – Texas, North Carolina and Tennessee – said it was “unfair” for candidates to spend unlimited amounts of their own money on their campaigns.

In Virginia, 56% of voters had an unfavorable view of Bloomberg, with 40% favorable, the exit polls showed. 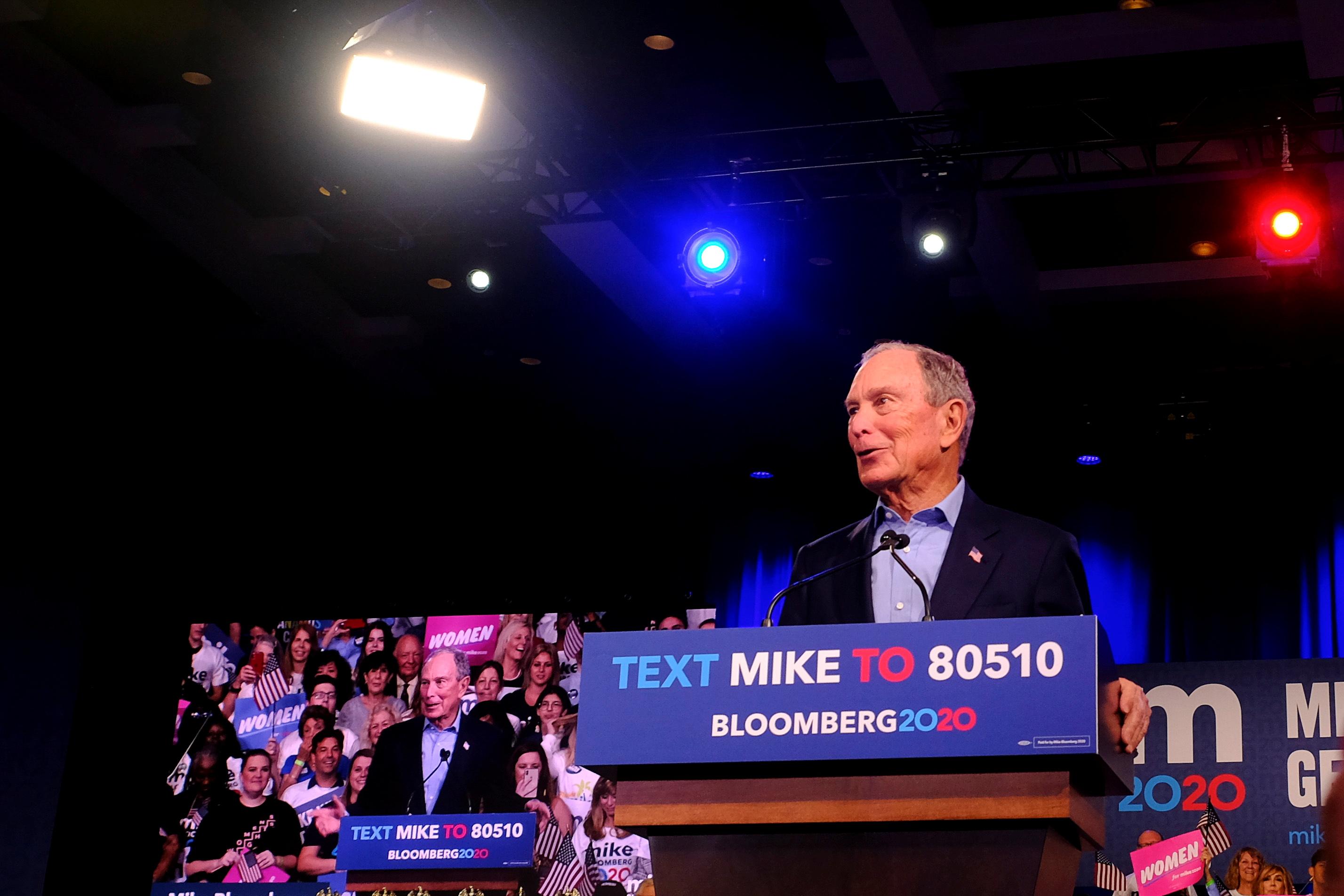 Earlier on Tuesday, Bloomberg said he was “in it to win it,” but was already talking about accumulating delegates, rather than winning states, with an eye to having leverage at a possible contested convention.

“I don’t think that I can win any other way, but a contested convention is a democratic process,” Bloomberg told reporters.