WASHINGTON/NEW YORK (Reuters) – The search for a Democrat to challenge Republican President Donald Trump in the Nov. 3 election narrowed on Wednesday to a choice between Bernie Sanders and Joe Biden, who staged a comeback in Super Tuesday voting to become the undisputed standard-bearer of the party’s moderate wing.

Biden was set to win 10 of the 14 states up for grabs on Tuesday, including delegate-rich Texas. The former vice president roared ahead in the overall tally of delegates who will choose a presidential nominee at the Democratic convention in July.

His strong performance ended Sanders’ status as the Democratic front-runner and led former New York Mayor Michael Bloomberg to drop out of the race.

Bloomberg on Wednesday gave up his presidential campaign and endorsed Biden, after spending hundreds of millions of dollars of his own money on ads across the United States. But Bloomberg failed to deliver convincing results on Tuesday, the biggest day of voting in the Democratic nomination campaign with contests in 14 states across the country.

“I’m sorry we didn’t win,” Bloomberg, 78, told a crowd of supporters in a New York City hotel. “A viable path to the nomination just no longer existed.”

He said he was endorsing Biden because he had the best shot at beating Trump. “I hope you will join me in working to make him the next president.”

The media billionaire did not say whether he would spend part of his fortune to help Biden, but Bloomberg’s absence from the race will help the former vice president. Both men appeal to the centrist wing of the Democratic Party.

In a tweet addressed to Bloomberg, Biden wrote: “I can’t thank you enough for your support—and for your tireless work on everything from gun safety reform to climate change. This race is bigger than candidates and bigger than politics. It’s about defeating Donald Trump, and with your help, we’re gonna do it.”

Sanders, a senator and democratic socialist who is popular with young voters, lashed out at what he said was “the kind of venom we’re seeing from some in the corporate media,” and attempted to draw a stark contrast between himself and Biden.

“What this campaign, I think, is increasingly about is: Which side are you on?” Sanders told a news conference in Vermont. He attacked Biden’s record voting in favor of trade deals that he says had devastated parts of the Midwest, Biden’s votes in favor of the Iraq war and a bankruptcy bill, and his past record on Social Security.

Speaking to reporters in Los Angeles, Biden said he did not want the primary race against Sanders to turn ugly.

“What we can’t let happen in the next few weeks is let this campaign turn into a campaign of negative attacks,” Biden said. “The only thing that can do is help Donald Trump.”

In another move that could reshape the race, Elizabeth Warren, 70, is “talking to her team to assess the path forward,” a campaign aide said.

The liberal senator, who was seeking to become the nation’s first female president, had disappointing results across the board on Tuesday, including coming in third in her home state of Massachusetts.

A resurgent Biden, 77, rolled to electoral victories across the South, Midwest and New England, setting up a one-on-one battle against Sanders, who won three states and led in California, which has the biggest pool of delegates.

Biden, whose campaign had been on life support just weeks ago, registered surprise victories in Texas and Massachusetts.

Tallies after Tuesday showed Biden leading Sanders in delegates overall by 433-388. A candidate needs 1,991 delegates to win the Democratic nomination on the first ballot at the July convention.

U.S. stocks surged on Wednesday as investors cheered Biden’s good night. Healthcare stocks provided the biggest boost as Sanders and his “Medicare for All” proposal, which would eliminate private health insurance, looked less likely to become a reality.

The Dow Jones Industrial Average .DJI and the S&P 500 .SPX both gained more than 4%, rising for only the second time in 10 days after being battered by fears about the coronavirus outbreak. [nL4N2AX412] 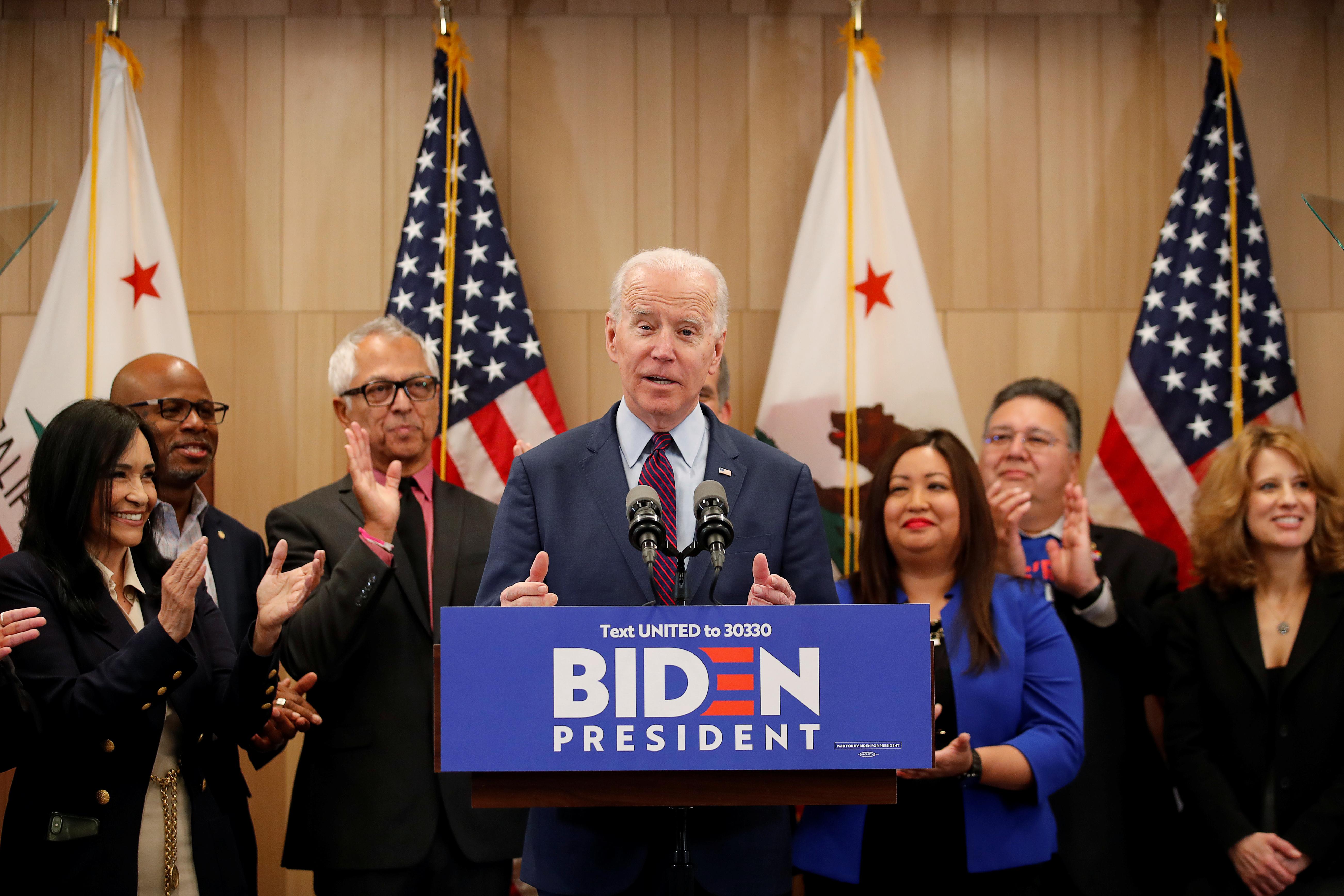 “For those who have been knocked down, counted out, left behind, this is your campaign,” Biden told roaring supporters in Los Angeles. “We are very much alive!”

Until a week ago, Biden had trailed Sanders in most state and national opinion polls.

Biden argues that after two terms by President Barack Obama’s side and decades as a U.S. senator, he has the experience both to beat Trump and run the country. He has promised greater access to healthcare and to mend relations with traditional U.S. allies in Europe that were frayed by Trump’s “America First” foreign policy.

If Warren drops out, Sanders might benefit from some of her supporters shifting to him.

In an email to her campaign staff, Warren’s campaign manager, Roger Lau, offered a sobering assessment of Super Tuesday, just three weeks after he said internal projections showed she would finish in the top two in eight states.

Warren, he said, would “take time right now to think through the right way to continue this fight.”

Sanders said he had spoken to Warren over the phone on Wednesday.

“Elizabeth Warren is a very, very excellent senator, she has run a strong campaign. She’ll make her own decision in her own time,” Sanders said.

Trump said Sanders would have done better on Tuesday if Warren had dropped out of the race beforehand and backed him. “Had Warren endorsed Bernie, we would have had a different story now,” he told reporters in the White House.

In Tuesday’s biggest upset, Biden was projected by Edison Research to have won Texas, the largest prize after California. Sanders invested heavily in Texas and was counting on its Latino voters to propel him to victory. 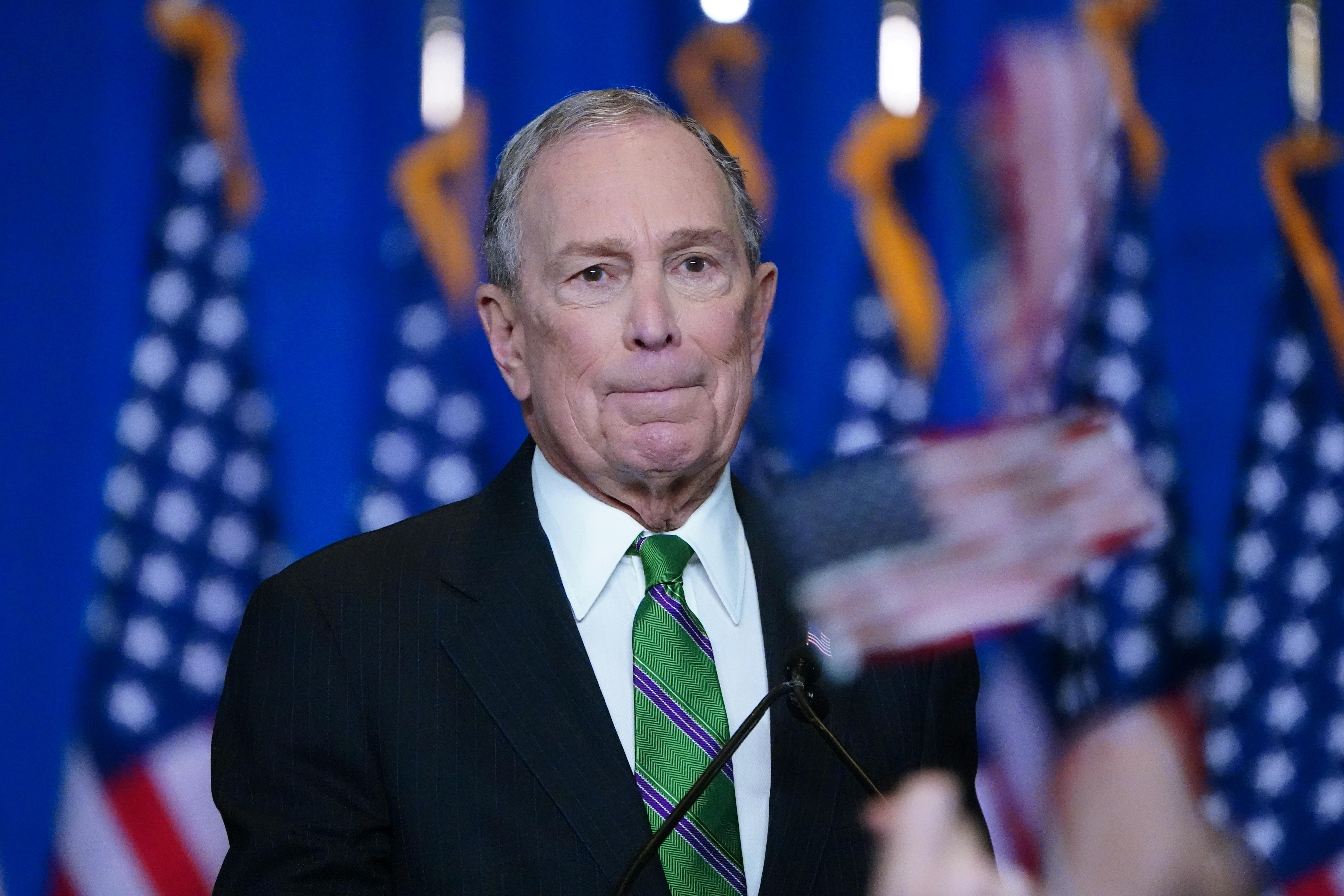 Sanders, who had hoped to take a big step on Tuesday toward the nomination, won Colorado, Utah and his home state of Vermont, Edison Research said.

Fox News and the Associated Press projected Sanders winning California, where 415 delegates are up for grabs. By Wednesday afternoon, Sanders was ahead by 8.7 percentage points with almost 90% of precincts reporting.