WASHINGTON (Reuters) – In the space of 24 hours, the Democratic presidential contest suddenly became a two-man race between former Vice President Joe Biden, whose campaign was floundering just a week ago, and U.S. Senator Bernie Sanders, the party’s liberal champion. 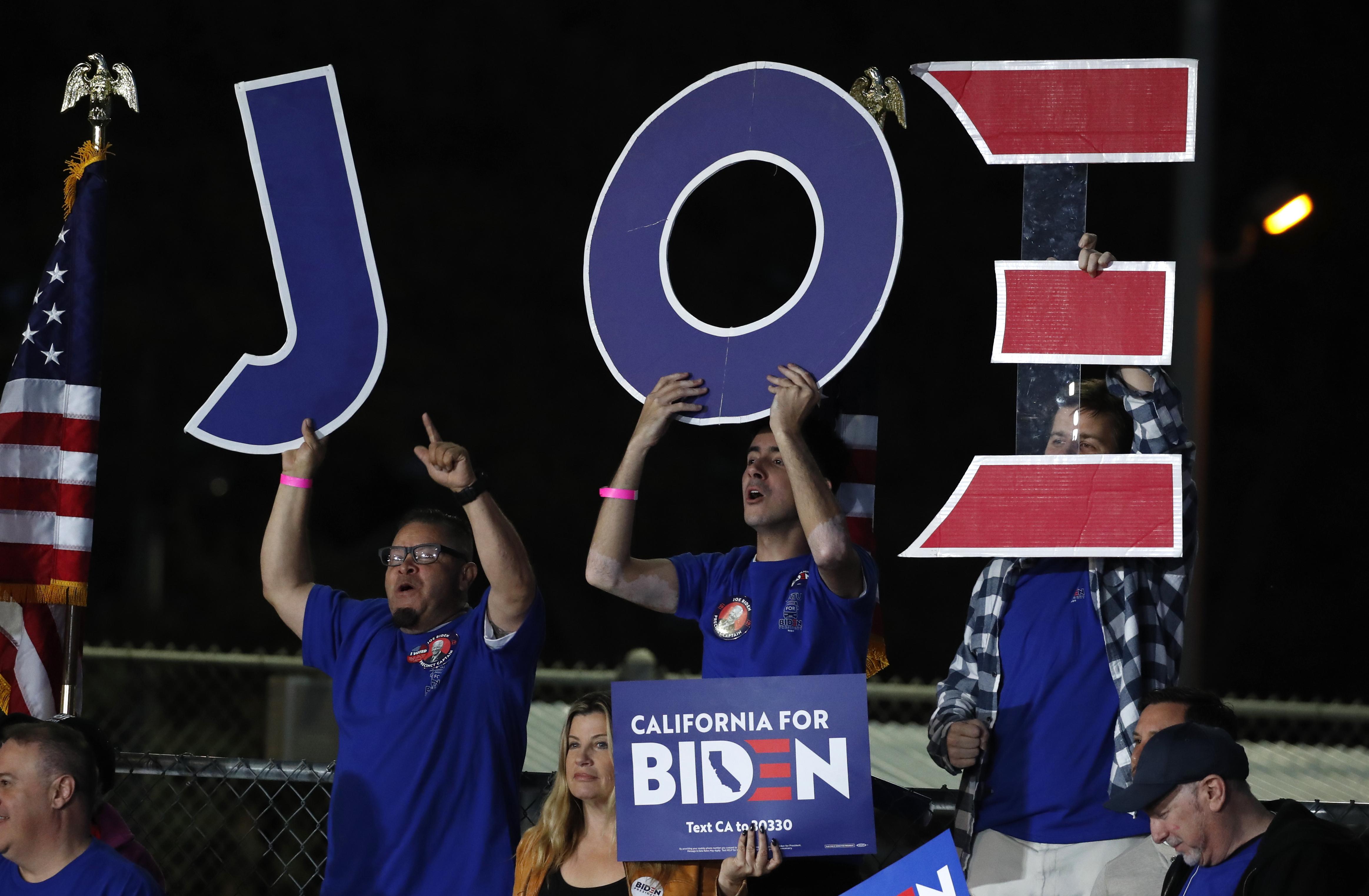 Biden surged to victory in at least eight of the 14 states where Democrats held primaries, or nominating contests, on so-called Super Tuesday, outperforming expectations.

He not only won the states in the American South that he was expected to win, but also Massachusetts, Minnesota and Texas, where he had not been predicted to do as well.

And he held his own in California, a liberal stronghold, as overall he amassed hundreds of delegates to the Democratic National Convention in July who will choose the party’s presidential nominee.

The slew of victories dramatically underscored that Biden’s campaign, only recently left for dead after setbacks in early primaries, is quickly regaining momentum. The Democratic establishment is embracing him, betting that the more moderate Biden is more electable than Sanders, a self-described democratic socialist with ambitious liberal policy ideas.

For Biden, it has been an almost dizzying ascent that began on Saturday when he won his first nominating contest in South Carolina and a stream of important endorsements.

“For those who have been knocked down, counted out, left behind, this is your campaign,” a jubilant Biden told supporters in Los Angeles as the returns came in. “Just a few days ago, the press and the pundits declared the campaign dead.”

But Sanders’ appeal to the most liberal wing of the party remained undeniable. His advantage in California was such that the race was called in his favor the moment the polls closed. He continues to hold a commanding edge with younger voters.

“Tonight, I tell you with absolute confidence we’re going to win the Democratic nomination,” Sanders said at a rally in his home state of Vermont.

Now Sanders and Biden will likely battle tooth-and-nail over the next several weeks to determine which ideological course the party takes in the run-up to the Nov. 3 general election against Republican President Donald Trump.

Sanders is a staunch advocate for government-run healthcare and other policies that would redistribute wealth and attack income inequality. Biden adopts a more traditional Democratic platform and has warned that Sanders’ healthcare plan is financially unfeasible.

“This will become a contrast in ideas,” Sanders said.

Biden has warned that Sanders’ progressive positions would result in him losing large swaths of the nation to Trump should he be the nominee. That argument was buttressed by Biden’s success on Tuesday in states such as North Carolina, won by Trump in 2016, and Minnesota, a top Trump target this year.

Biden has a prime opportunity as the primary calendar shifts to moderate Midwestern states such as Michigan and Ohio, where both he and Sanders will battle for working-class voters. Georgia, with its large black population, could hand Biden another commanding win.

And looming large is Florida, with its 219 delegates, where polls have shown Biden with a steady lead in the state.

To win those states, Biden will have to build the kind of electoral coalition he began to assemble on Tuesday.

Biden largely bested Sanders among women. In North Carolina, for example, Biden received twice as much support from women than Sanders, according to exit polls from Edison Research. In Massachusetts, Warren’s home state, Biden almost pulled even with her for support from women voters.

Among Democrats who voted on Tuesday, Biden received the most votes from party members who said a candidate able to beat Trump was more important than a candidate who agreed with them, an electability argument that Biden makes on the campaign trail.

He was also the favorite of voters who want a return to the policies of Biden’s old boss, former President Barack Obama. Those who favor more dramatic change sided with Sanders, exit polls showed.

Biden has to worry about Sanders’ popularity with Latinos, the fastest-growing segment of the Democratic Party. Those voters helped power Sanders’ lead in California, the biggest prize on the electoral map with 416 delegates, and helped keep him competitive in Texas.

In Los Angeles, Biden said that predictions Super Tuesday would end his campaign turned out to be wrong.

“I’m here to report: We are very much alive,” he said.