As a case before the Supreme Court threatens Roe v. Wade and Democrats’ urgency grows, many activists believe the president needs to be bolder in defending reproductive rights. 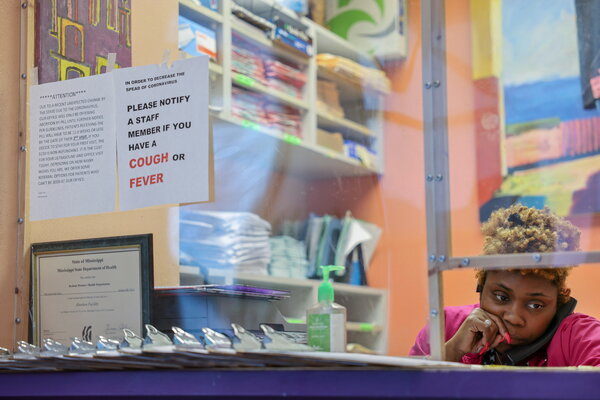 State legislatures have introduced more than 500 restrictions on abortion over the past four months. The Supreme Court plans to take up a case that could weaken or even overturn the constitutional right to abortion enshrined nearly a half-century ago in Roe v. Wade.

And as reproductive rights advocates sound alarms about what they see as an existential threat to abortion rights, many worry that the leader they helped elect is not meeting the moment.

Despite the urgency felt by much of his party, President Biden has said little about abortion publicly while in office. In fact, he hasn’t said the word itself — an avoidance so noticeable that one women’s health group has created a website tracking his reluctance, DidBidenSayAbortionYet.org.

Many activists fear that Mr. Biden’s personal discomfort with the issue is keeping him from leading the Democratic Party into a more offensive position on abortion rights, both through more aggressive policymaking and leveraging the agenda-setting power of the presidency.

“What we really need is for President Biden to be a bold and transformational leader on abortion right now, but we haven’t seen that yet,” said Gretchen Borchelt, vice president for reproductive rights and health at the National Women’s Law Center. “It’s a different world from when he was vice president, and so far we haven’t felt that recognition of urgency from this administration.”

Jen Psaki, the White House press secretary, has been just as circumspect in her public appearances. When asked about topics like new state laws restricting abortion and the looming court case, she has relied on euphemisms like “women’s fundamental rights” and “the right to choose.” A White House statement in January on the 48th anniversary of the Roe v. Wade decision promised to defend “reproductive health.”

After Mr. Biden signed executive orders expanding abortion access and overturning restrictions on the use of taxpayer dollars for clinics that refer or counsel patients to terminate pregnancies, he took a victory lap for protecting “women’s health access” and returning to the policies that existed before former President Donald J. Trump took office.

“If you’re unable to say the word, you’re also going to have trouble making sure that the people who are most impacted get the care and the protections that we need,” said Renee Bracey Sherman, an abortion rights advocate who started the website monitoring Mr. Biden’s reticence. “To me that’s not a champion. That is not someone who is really even trying to show up for people who need abortions.” 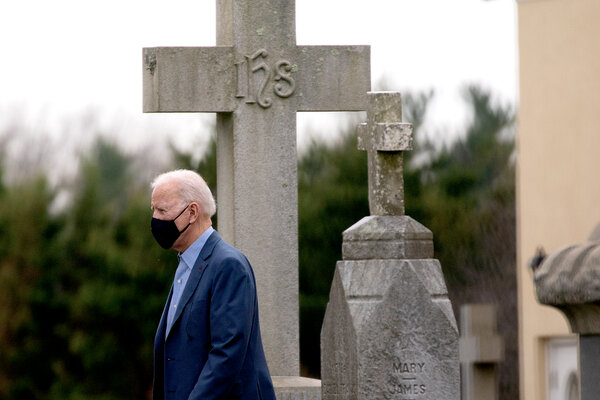 Mr. Biden’s cautiousness on an issue central to his political base comes as he confronts the realities of leading a Democratic Party that shifted sharply to the left during the Trump administration. While Mr. Biden has moved left himself on many issues including abortion, liberals are finding their ambitions curtailed on immigration, criminal justice, gun control and other priorities by their razor-thin control of the Senate and a president whom they are pushing to take a more aggressive approach.

The disagreement within the party over priorities is particularly acute on abortion rights, a core part of Democrats’ pitch to the suburban and Black women who helped lift Mr. Biden into office. Planned Parenthood and other reproductive rights organizations poured tens of millions of dollars into Mr. Biden’s campaign, a recognition of the damage the Trump administration and Republican control of Congress caused to their movement.