An exodus of top-level officials during the previous administration has left the Department of Housing and Urban Development short of expertise even as its role expands. 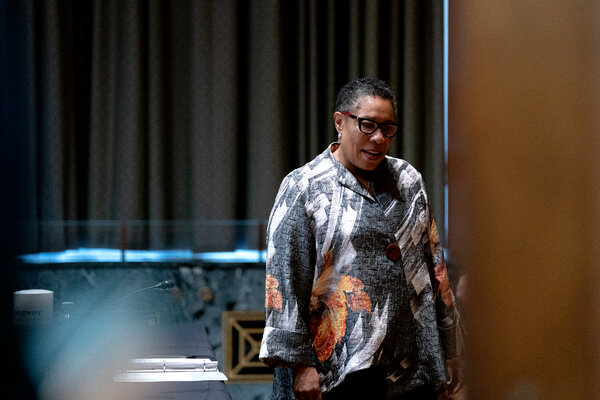 WASHINGTON — During the 2020 campaign, President Biden pledged to transform the Department of Housing and Urban Development into a frontline weapon in the fight against racial and economic inequality.

But when his transition team took over last fall, it found a department in crisis.

The agency’s community planning and development division, the unit responsible for a wide array of federal disaster relief and homelessness programs, had been so weakened by an exodus of career officials that it was faltering under the responsibility of managing tens of billions of dollars in pandemic aid, according to members of the team.

And it was not just the planning unit. In some divisions, as many as 25 to 30 percent of jobs were unfilled or occupied by interim employees. The losses were concentrated among the ranks of highest-skilled managers and policy experts, many of whom had been overruled, sidelined, exiled and eventually driven away under President Donald J. Trump and his appointees.

Roughly 10 percent of the agency’s work force left during Mr. Trump’s first years in office, according to agency estimates. But that came on top of a decade-long decline resulting from attrition, poor recruitment and budget deals cut by the Obama administration with a Republican-led Congress at the time that prevented the agency from replacing departing employees.

Other cabinet departments, like the Education Department and Environmental Protection Agency, face similar problems. But the staffing shortfall at the housing department is a case study in the personnel issues generated in part by Mr. Trump’s conflicts with experienced career government employees who carry out programs and policies. And it is especially worrisome to Biden administration officials because it threatens to undermine their hope of transforming the agency into a central player in the president’s efforts to put more focus on social justice issues.

“I’m not going to sugarcoat it,” Marcia L. Fudge, Mr. Biden’s new housing secretary, told a Senate committee last week during budget hearings. “Until we can start to build up our staff, and build up our capacity, we are at risk of not doing the things we should do.”

Ms. Fudge, a former congresswoman from the Cleveland area, was there to urge lawmakers to adopt the agency’s 2021 budget request, which includes money to hire hundreds of managers and skilled technical support staff.

The problem comes as the department’s responsibilities are growing along with the scale of the programs it manages.