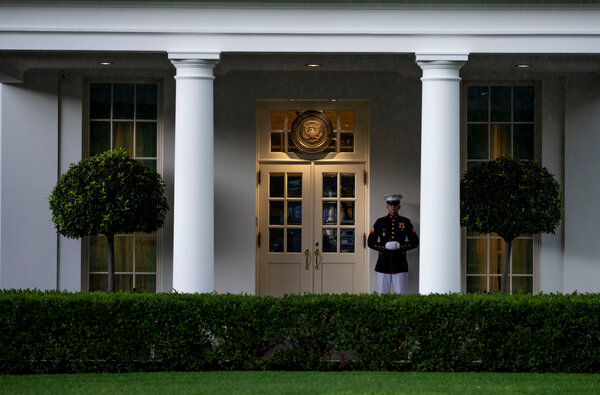 WASHINGTON — President Biden huddled with congressional Democrats on Wednesday to try to break through a potentially devastating impasse over his multitrillion-dollar domestic agenda, toiling to bridge intraparty divisions over an ambitious social safety net bill and a major infrastructure measure as Congress raced to head off a fiscal calamity.

Democrats on both ends of Pennsylvania Avenue are nearing a make-or-break moment in their bid to push through huge new policies, as an escalating fight between the progressive and moderate wings — and a multitude of other divisions within the party — threatens to sink their chances of doing so while they retain control in Washington.

At the same time, even the basic functions of Congress — keeping the government from shutting down next week and from defaulting on its debt sometime next month — are in peril as Republicans refuse to support legislation that would both fund the government and increase the statutory cap on federal borrowing.

The challenges are unfolding against a backdrop of mistrust and strife within Democratic ranks. Moderates are pressing for quick action on the $1 trillion bipartisan infrastructure bill; progressives are demanding approval first of a far-reaching, $3.5 trillion domestic policy plan including vast new investments in climate, education, health and social programs.

Without consensus on both, Democrats, who have minuscule majorities in the House and Senate, will not have enough votes to send either to Mr. Biden’s desk. That prospect has sown alarm at the top echelons of the party.

On Wednesday, John D. Podesta, who held key White House roles under Presidents Bill Clinton and Barack Obama, sent a memo to every Democrat on Capitol Hill imploring them to scale back the $3.5 trillion plan in the interest of compromise, warning that doing otherwise would risk sinking both bills and costing the party control of Congress in next year’s midterm elections.

“You are either getting both bills or neither — and the prospect of neither is unconscionable,” he wrote. “It would signal a complete and utter failure of our democratic duty, and a reckless abdication of our responsibility. It would define our generation’s history and show that, when our time came, we failed, both for Americans now and in the years to come.”

Mr. Biden’s long day of meetings with lawmakers reflected a recognition that “there needs to be a deeper engagement by the president” to bring Democrats together, said Jen Psaki, the White House press secretary.

The president, she added, “sees his role as uniting and as working to bring together people over common agreement and on a path forward.”

That path is exceedingly murky as Democrats careen toward a tangle of fiscal and political deadlines with no discernible public strategy in place, but party leaders remained publicly sanguine on Wednesday.