The former secretary of state for energy and climate change speaks from experience. As a schoolboy he cared for his terminally ill mother, bringing her morphine and helping her use the bathroom. Today he is the proud dad of John, a 13-year-old with a brain condition which means he struggles to talk and needs help to walk. When Sir Ed sat at the cabinet table he had an army of civil servants at his command. But when he and his “amazing” wife, Emily, get John up in the morning and put him to bed at night they, like fellow carers across the nation, are motivated by love and rely on their own strength.

He believes many carers who have struggled through the long months of lockdown with reduced services and extra responsibilities such as home-schooling now feel “utterly crushed” and need a break.

Sir Ed, who was elected leader of the Liberal Democrats last August, wants his party to be known as the “voice of carers”.

He warns of a “crisis in care” and is pushing for funding so exhausted people can get help before they reach breaking point.

As a schoolboy looking after his mum, Nina Joan, he experienced the loneliness familiar to many young carers. His friends at school had their heads full of football and music, but at home he had to measure out doses of morphine from a huge jar to help his mum cope with the pain of her bone cancer.

He said: “My dad died when I was four so my mum was widowed aged 36 with three boys under 10, so she had a pretty tough time…

“When my mum became terminally ill when I was 12, essentially my middle brother and I nursed her and looked after her until she died when I was 15, so I was a young carer… I was making her food, I was helping her off the toilet, I was giving her drugs.” 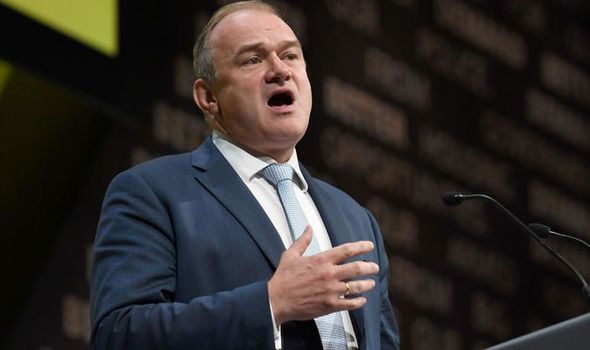 A turning point in his life came after her death when he was staying alone in a bungalow near his school.

He was about to start revising in the kitchen when he asked himself: “Why am I going to do this?”

Up until this point, he had worked hard to please his mum and now she was no longer there. If he did throw himself into his schoolwork it would not be to win her approval but because “I’m doing this for me.”

He remembers thinking: “Either you are going to do it or you’re not, and make your mind up… I decided I’d knuckle down and get going.”

Nottingham High School has a reputation for producing future political leaders. Past pupils include Ken Clarke, his contemporary Ed Balls and Geoff Hoon.

The Notts County supporter would follow in this tradition, winning a place at Oxford, working for the Lib Dems, and entering parliament in 1997 as the MP for the south London seat of Kingston and Surbiton with a majority of just 56.

He lived with his mum’s parents while he finished his schooling. His grandfather died when he was 18 but he grew “extraordinarily close” to the woman he knew as “Nanna”.
As he puts it: “She looked after me and then I looked after her when she became frail.” 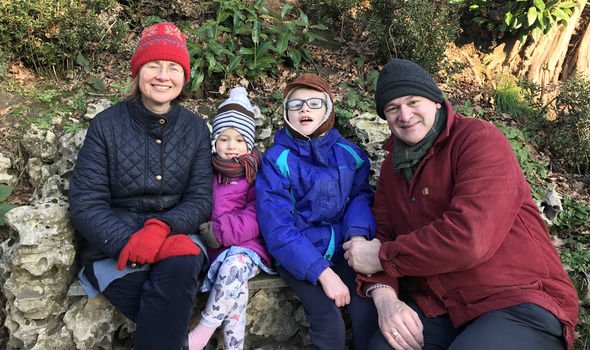 She eventually moved into a care home near his own home in London. His wife persuaded him not to give up smoking right away when they married so he could still “have a fag” with his grandmother.

She had first-hand experience of caring as well, having taken in evacuees during World War II while her husband was driving military vehicles in North Africa and Italy.
The “phenomenal” costs of care meant that any money she had was wiped out.

Sir Ed said: “That experience taught me a lot about how elderly people need more support and they really don’t get it. There’s an untold story out there of elderly people really struggling.”

Loss of savings can mean people who had hoped to help children and grandchildren onto the property ladder are left without cash.

Sir Ed said: “I know lots of people for whom it’s a tragedy… Britain is a proud nation of property owners and [the Government is] undermining that for the younger generation because they are not supporting and sorting out social care.” 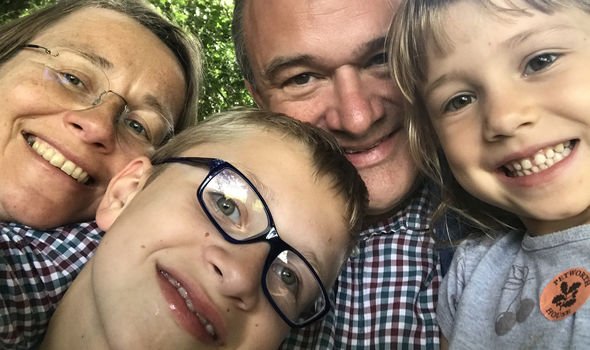 He sees the needs of carers as one of the biggest challenges facing the world today, alongside climate change, the rise of China and the technological revolution in artificial intelligence.

Arguing that other countries do more to support carers, he said: “It’s absolutely possible to do it better. We must do it better.”

Looking after his son is a daily reminder of the challenges faced by families throughout the nation, and he counts himself “really fortunate” to have a steady income.

Describing the extra stress brought by the pandemic, he said: “During the lockdown it was very tough because we’ve got a little girl who’s adorable and fortunately is extremely healthy, but she was off-school so we were having to home-school like millions of families and we had our John to look after… I’ve spoken on webinars and Zoom calls with quite a number of families with disabled children and young adults, and you can hear it in their voices, they’ve had a horrendous time.”

His claims are backed up by a new report published to mark Carers Week, which concludes tomorrow. It found carers have lost an average of 25 hours of support a month which they received from services or family and friends before Covid-19 hit.

More than seven out of 10 respondents said they had not had any breaks from their responsibilities during the pandemic, and 74 percent said they are “exhausted” as a result of caring; more than a third said they are unable to manage, and 65 percent reported feeling lonely and isolated.

Sir Ed says it is “utterly essential” that support is put in place so carers are able to take time off. He fears that unless action is taken carers will reach a physical or mental “breaking point” and this will put more pressure on the NHS.

He has pushed for a £20 a week increase in the carer’s allowance. A key goal is raising or scrapping the cap on how much you are allowed to earn before you no longer qualify for the assistance.

At present, carers aged 16-plus may qualify for £67.70 a week if they look after someone for at least 35 hours a week and earn no more than £128 a week after tax, national insurance and expenses.

The work of carers is worth £132billion a year, according to Carers UK, and Sir Ed wants the extraordinary efforts of millions of people to be a source of national pride.

He said: “We don’t value as a society that caring role and that’s what really irks me because it is very tough, it is very exhausting, it’s unpaid and people just go, ‘Get on with it.’”
Securing carers the support they deserve is more than a political mission for Sir Ed. This is a personal fight rooted in the experiences of a lifetime and he is not about to give up.