Laura Kuenssberg was awkwardly interrupted on-air during her introduction on the BBC’s three-month Brexit anniversary edition of its podcast Brexitcast. The BBC political editor reflected on the Brexit anniversary and remarked the BBC team were back together “to celebrate” Britain’s departure. However, fellow BBC journalist and chief BBC News political correspondent Adam Fleming interjected and said they were there to “mark” the anniversary.

To add to the confusion, the introduction only appeared on the radio version of the podcast and appeared to cut from the televised edition.

Ms Kuenssberg said: “The reason we are all back together again, lovely as it is, to celebrate…”

Mr Fleming interrupted her at this point and said: “Mark!”

The BBC political editor then continued: “Mark, commiserate – take your pick – the three-month anniversary of what brought us all together.”

JUST IN: Starmer crisis as 60% of party members want to rejoin EU – poll 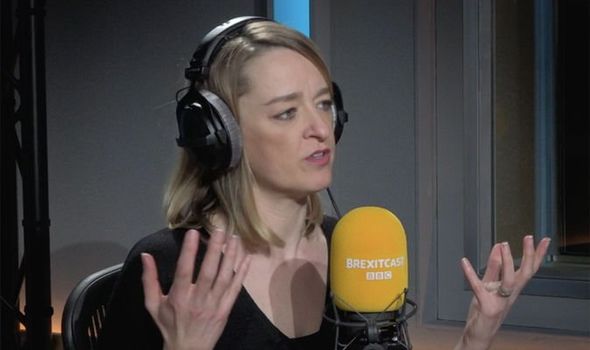 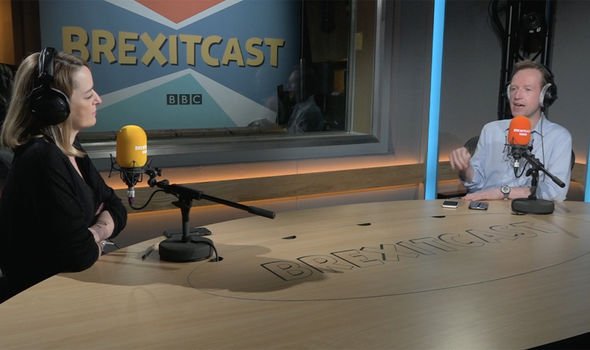 The podcast also featured BBC’s Chris Mason and Katya Alder as the four discussed Brexit’s impact on trade, the Irish border and relations between the UK and the EU.

Remainers took to Twitter to express their outrage over the latest episode, with one disgruntled listener tweeting: “BBC correspondents all chortling along to crass metaphors from Gove and Johnson while UK SMEs are going down the tube.”

Another remarked: “You have got the tone of Brexitcast completely wrong. Are you hoping people will not notice the damage Brexit is causing?”

However, there is new polling that suggests a huge surge in support for Brexit among Britons.

Brexit: Lord Moylan explains how to get ‘revenge’ on EU 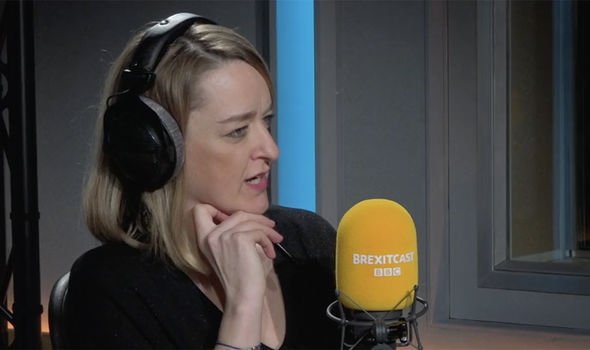 Three months on from leaving the transition period, the latest polling across the country shows a rise in optimism.

The poll, carried out by Ipsos Mori, showed more people believe the country is going in the right direction and are glad the UK ditched the European Union.

The positive polling comes in the wake of the successful rollout of the vaccination programme in the UK, compared to a dismal effort in the EU.

A series of aggressive moves by the EU, such as threats to curtail vaccine exports, may have also heightened Euroscepticism.

In June last year, just 27 percent of people said leaving the EU has had a positive impact on the country, with 40 percent saying it was negative. 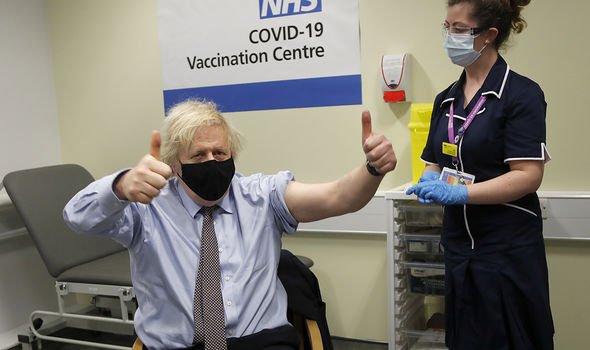 The most recent polling, carried out between March 26-29, shows those who believe Brexit has been positive have a slight edge – 39 percent versus 38 percent – following an eight-point surge in positive sentiment on the previous month.

Keiran Pedley, Ipsos Mori’s director of politics, said: “As lockdown restrictions start to ease, there is clearly more optimism about the future amongst the British public.

“Meanwhile, it is striking how we have witnessed such a sharp increase in positive sentiment towards Brexit in just a month.

“Whilst this data cannot directly link such an increase to the vaccine rollout and related rows between the UK and the EU, it would be a surprise if this wasn’t playing a part in this shift in sentiment.”