Labour leader Sir Keir Starmer has urged the government to grant military medals to those British troops involved in the evacuation of Afghanistan last month.

Speaking in the House of Commons, Sir Keir told Boris Johnson to accept his party’s proposal to honour the “remarkable” work of those who served in Operation Pitting.

Following Afghanistan’s collapse to Taliban control, the military’s emergency evacuation effort saw 15,000 people brought back to the UK amid chaotic scenes in the country’s capital Kabul.

In a message to those troops involved in Operation Pitting, Sir Keir said: “Your service deserves recognition and honour and I hope the prime minister will accept Labour’s proposal to scrap the 30-day continuous service rule so that medals are awarded for your bravery.” 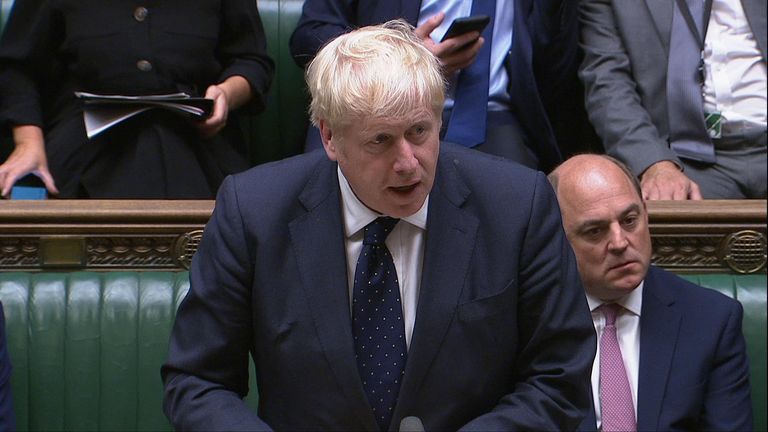 Speaking earlier in the Commons, the prime minister had paid tribute to the “biggest and fastest emergency evacuation in recent history”.

“The whole House will join me in commending the courage and ingenuity of everyone involved in the Kabul Airlift, one of the most spectacular operations in our country’s post-war military history,” he told MPs.

However, the prime minister admitted that 311 people eligible to come to Britain under a special resettlement scheme for those who worked with the UK in Afghanistan were still in the country.

Of those 311 Afghan Relocations and Assistance Policy (ARAP) candidates, Mr Johnson told MPs that 192 had responded to calls from the UK government. “We will do absolutely everything we can to ensure that those people get the safe passage that they deserve,” he added.

Mr Johnson also told the Commons that up to 20,000 vulnerable Afghans would receive indefinite leave to remain in the UK under a new separate resettlement scheme, under which the government has pledged to take 5,000 refugees in the scheme’s first year.

“We will of course work with the UN and aid agencies to identify those we should help as we have done in respect of those who fled war in Syria,” he said.

“But we will also include Afghans who have contributed to civil society, or who face a particular risk from the Taliban, for example, because of their role in standing up for democracy and human rights, or because of their gender or sexuality or religion.

“All who come to our country through this safe and legal route will receive not a five-year visa but indefinite leave to remain.”

The prime minister said local councils and devolved administrations would soon receive details on funding for housing and extra school places for those arriving from Afghanistan, while he pledged all councils would “get the support and funding they need”.

Mr Johnson updated MPs on the situation in Afghanistan as the Taliban claimed it was now in charge of the whole of the country after taking Panjshir province, although resistance forces disputed this.

Both the prime minister and Foreign Secretary Dominic Raab, who gave his own statement in the Commons after Mr Johnson, have been heavily criticised for their handling of the withdrawal of Western forces from Afghanistan and the resulting Taliban takeover.

And the prime minister faced tough questions from among his own Conservative MPs as the Commons sat for the first time since a one-day emergency debate on the Afghanistan interrupted parliament’s summer break.

Tobias Ellwood, the Conservative chair of the Commons’ defence committee, called for a “complete overhaul” of the UK’s foreign policy following a “void of leadership in the West and NATO”.

Tory former defence minister Johnny Mercer criticised the government for having “consistently failed” to meet its promises of support for military veterans.

Mr Johnson rejected a suggestion from his predecessor Theresa May that the terror threat to the UK had now increased following the Taliban’s takeover of Afghanistan.

“We have no direct information as yet of any increase to the threat but I can assure her and the House that every effort will be made to make sure that our counter-terrorist agents have the resources they need to keep us safe,” he said.

Last week, Mr Raab told MPs he was “not confident with any precision” over how many people who are entitled to come to the UK remained left in Afghanistan following the end of the evacuation effort from Kabul.

Saturday will mark the 20th anniversary of the 11 September attacks on the US in 2001, which prompted the West’s long military intervention in Afghanistan.