WASHINGTON — In the end, the inauguration triumphed over the insurrection.

President Biden’s plea for national unity in his Inaugural Address on Wednesday was rooted in a belief — born of decades working inside the fractious institutions of government — that America can return to an era where “enough of us have come together to carry all of us forward.”

It was a call for the restoration of the ordinary discord of democracy, with a reminder that “politics doesn’t have to be a raging fire, destroying everything in its path.” The words were made all the more potent because they were delivered from the same steps at the entrance to the Capitol where a violent attack two weeks ago shocked the nation into realizing the lengths to which some Americans would go to overturn the results of a democratic election.

Mr. Biden’s inauguration was notable for its normalcy, and the sense of relief that permeated the capital as an era of constant turmoil and falsehood ended. Yet he takes office amid so many interlocking national traumas that it is still unclear whether he can persuade enough of the nation to walk together into a new era. To do so, he needs to lead the country past the partisan divisions that made mask-wearing a political act, and to win acceptance from tens of millions of Americans who believed a lie that the presidency had been stolen.

Joseph Robinette Biden Jr. is hardly the first president to take office in a moment of national desperation and division. Lincoln, whose inauguration amid fear of violence hung over this moment, faced a country fracturing into civil war. Franklin D. Roosevelt, who was in his third term when Mr. Biden was born, faced a nation mired in depression, with “Hoovervilles” in the shadow of the Capitol.

While Mr. Biden does not face a single crisis of equal magnitude, he made clear — without quite making the comparison — that none of his predecessors confronted such a fearsome array of simultaneous trials.

He listed them: a devastating pandemic that in one year has killed more Americans than the nation lost during World War II (he could have added Korea, Vietnam, Iraq and Afghanistan), an economic downturn that brought with it “joblessness and hopelessness,” a crisis of racial justice and another of climate, and, for tens of millions of Americans, a collapse in their faith in democracy itself.

And finally, he argued, American healing would require an end to partisan self-delusion, and to the era of alternative facts.

He never referred to President Donald J. Trump, but he was clearly talking about him — and the more than 140 Republicans in Congress who voted not to certify the election results, despite an absence of any evidence of widespread fraud — when he said that “we must reject the culture in which facts themselves are manipulated and even manufactured.”

Mr. Biden’s presidency is predicated on a bet that it is not too late to “end this uncivil war.” Even some of his most ardent supporters and appointees, a generation or more younger than he is, wonder whether his calls for Americans to listen to one another, “not as adversaries but as neighbors,” are coming too late.

“Like Lincoln, Biden comes to power at a moment when the country is torn between conflicting visions of reality and identity,” said Jon Meacham, the presidential historian who occasionally advises Mr. Biden and contributed to his Inaugural Address.

“Too many Americans have been shaped by the lie that the 2020 election was somehow stolen,” he said. “The new president’s challenge — and opportunity — is to insist that facts and truth must guide us. That you can disagree with your opponent without delegitimizing that opponent’s place within the Republic.”

Mr. Biden’s speech was about restoring that world, one that existed in the America he grew up in. It is the argument of a 78-year-old who has endured tragedy after tragedy in public and who, in a reverse of the usual order, took on the manner of a statesman before he returned to the campaign trail as a politician.

But what millions of Americans hear as a heartfelt call to restore order, millions of others believe masks deep partisanship, or a naïveté about what has happened to America over the past four years, or the past 20.

In fact, beyond the call for unity, Mr. Biden’s speech was littered with phrases bound to reignite those arguments. 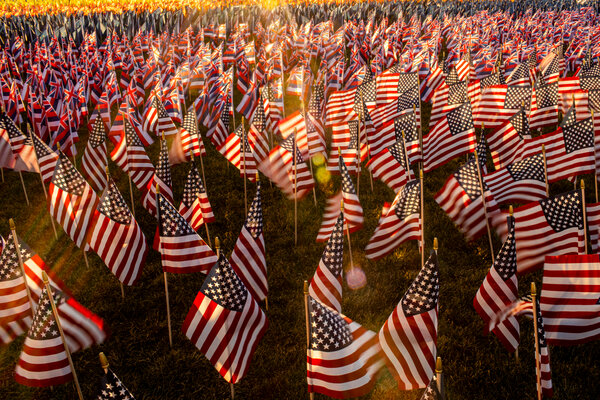 His references to the “sting of systemic racism,” to “white supremacy” and “domestic terrorism,” and his insistence that the climate crisis ranks among the nation’s top threats, were meant to signal to the progressive side of his party, which always viewed him as too conservative and cautious, that new priorities had arrived.

But they are also triggers to those who oppose him: Just on Tuesday, his last full day in office, Secretary of State Mike Pompeo delivered a broadside on Twitter, where the president was silenced, against “woke-ism, multiculturalism, all the -isms — they’re not who America is.”

Mr. Biden planned his inauguration to declare the opposite, that they are the modern America.

And his anticipated actions in his first days in office — rejoining the Paris climate accord and the World Health Organization, vowing to find a pathway to citizenship for 11 million immigrants and to re-enter the Iran nuclear agreement — are meant to reinforce the point.

He paired that with a warning to American adversaries, who spent the past four years, but particularly 2020, filling power vacuums around the world as America counted its dead and took to the streets.

Mr. Biden cautioned them not to mistake the din of the past four years for weakness.

“America has been tested, and we’ve come out stronger for it,” he insisted, promising to “repair our alliances and engage with the world once again.”

But he never once mentioned the country that poses the longest-term challenge to American pre-eminence — China — or any of the array of lesser challengers seeking to disrupt, to build nuclear weapons, to undercut the United States by manipulating its computer networks or exploiting social media.

And in the parts of the speech that sounded more like a fireside chat than soaring rhetoric, he acknowledged that America’s diminished status could only be restored by ending the damage at home, and replacing an “America First” swagger with a dose of post-Covid humility.

The scope of that damage could be seen from the West Front of the Capitol. Gone were the throngs of hundreds of thousands who usually witness, and cheer, a ritual of American democracy that Mr. Biden was determined must look just as it always looks to the millions tuning in.

As long as the camera shots were tight, it did: the new president and vice president, the large family Bible, the chief justice, the former presidents. But the absence of Mr. Trump, the central, disruptive figure in the nation’s four-year drama, the first president in more than 150 years to refuse to attend his successor’s inauguration, could not be erased. Neither could the prospect of Mr. Trump’s second impeachment trial, an in absentia event that could start in days, perhaps reigniting the divisions that Mr. Biden came to heal.

When the camera shot widened, the “American carnage” Mr. Trump had vowed to end in his own inaugural speech four years ago was on full display, in ways that were unimaginable on Jan. 20, 2017.

The armed camp he had left behind was testimony to the divisions Mr. Trump left in his wake as he flew over the city one last time on Wednesday morning in Marine One, to the closest any American president has come to internal exile since Richard M. Nixon resigned in 1974. (Mr. Trump’s last words to his supporters at Joint Base Andrews, “Have a nice life,” seemed to underscore his own inability to find a way to process the damage done.)

It wasn’t the empty National Mall that struck attendees as much as the miles of iron fencing, topped with razor wire and surrounded by thousands of National Guard troops. There was no more vivid illustration of the state of the nation that Mr. Biden was inheriting.

Sometime in the next few days and weeks, that fencing will have to come down. Mr. Trump’s trial in the Senate, most likely a brief one, will have to end.

Then will come the test of Mr. Biden’s declaration that “without unity, there is no peace.”

And while an array of leaders from both parties flocked to the inauguration and clapped at the sentiment, it is far from clear that the country is truly ready to move on.

In a nation that cannot seem to share a common set of facts, agree on the utility of simple masks, on the safety of vaccines, or that the presidential vote wasn’t rigged, fulfilling Mr. Biden’s dream of restoring orderly debate on policy may seem like the triumph of hope over lived experience.

“I am desperately grateful that the institutions of democracy have held, despite the damage President Trump and his enablers have inflicted these past four years,” said Kori Schake, a Republican who held positions in the Pentagon and the National Security Council and is now at the American Enterprise Institute.

“But for President Biden, the challenge won’t only be governing, but also restoring strength to the battered institutions of our democracy,” Ms. Schake said. “We Republicans have a responsibility to restore public trust in the integrity of our elections, because we’re the ones who called them into question.”