Unwinding the 2017 Trump tax cuts will be a big test for President Biden. 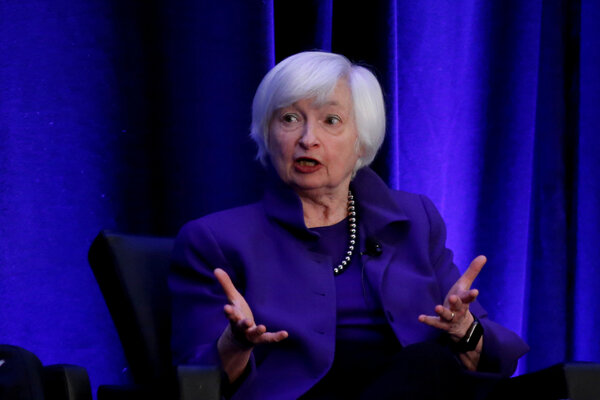 President Biden has unveiled a flurry of actions aimed at unwinding much of the Trump administration’s agenda. But on his predecessor’s signature legislative accomplishment — the huge 2017 tax cut — Mr. Biden is treading much more gingerly.

Higher taxes on corporations and the wealthy are on the table. Mr. Biden has said that he would raise taxes for the top income bracket to nearly 40 percent, from 37 percent, and increase the corporate tax rate to 28 percent, from 21 percent. In a Senate confirmation hearing yesterday, Janet Yellen, Mr. Biden’s pick for Treasury secretary, parried Republican criticism over such moves, and also suggested that the I.R.S. may audit wealthy taxpayers more frequently.

But a significant share of the tax cuts could become permanent, The Times’s Jim Tankersley writes. Cuts for families making less than $400,000 a year are likely to stick around. All told, the changes would be modest in terms of revenue, Jim calculates: The Biden administration’s potential tax tweaks could net $500 billion in additional taxes, set against $2 trillion in proposed new spending.

Corporate America is wary. “The rubber will hit the road when we get around to things like taxes and climate tariffs,” Andrew Liveris, the former C.E.O. of DowDuPont, told The Times’s David Gelles. But some think business leaders will come around on higher taxes because of the Biden administration’s more predictable positions on matters like tariffs. “They may like the Biden administration more on trade than they did Trump, because he jerked things around so much,” said Dick Gephardt, the former Democratic congressman.

President Biden unveils a “full-scale wartime effort” against the pandemic. He unveiled a series of initiatives, including mask mandates for interstate travel and quarantines for international arrivals. Dr. Anthony Fauci — who said he was happy to “let the science speak” under a new administration — warned of drug-resistant coronavirus strains and constraints on vaccine supply.