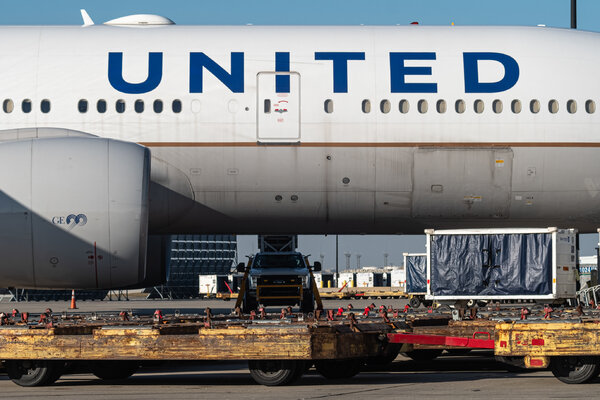 Most of the new flights will connect cities in the Midwest to tourist destinations, such as Charleston, Hilton Head and Myrtle Beach in South Carolina; Portland, Maine; Savannah, Ga.; and Pensacola, Fla. United also said it planned to offer more flights to Mexico, the Caribbean, Central America and South America in May than it did during the same month in 2019.

The airline has seen ticket sales rise in recent weeks, according to Ankit Gupta, United’s vice president of domestic network planning and scheduling. Customers are booking tickets further out, too, he said, suggesting growing confidence in travel.

“Over the past 12 months, this is the first time we are really feeling more bullish,” Mr. Gupta said.

Airports have been consistently busier in recent weeks than at any point since the coronavirus pandemic brought travel to a standstill a year ago. Well over one million people were screened at airport security checkpoints each day over the past two weeks, according to the Transportation Security Administration, although the number of screenings is down more than 40 percent compared with the same period in 2019.

Most of the new United flights will be offered between Memorial Day weekend and Labor Day weekend aboard the airline’s regional jets, which have 50 seats. The airline said it would also add new flights between Houston and Kalispell, Mont.; Washington and Bozeman, Mont.; Chicago and Nantucket, Mass.; and Orange County, Calif., and Honolulu.

All told, United said it planned to operate about 58 percent as many domestic flights this May as it did in May 2019 and 46 percent as many international flights. Most of the demand for international travel has been focused on warm beach destinations that have less-stringent travel restrictions.

“That is one of the strongest demand regions in the world right now,” Mr. Gupta said. “A lot of the leisure traffic has sort of shifted to those places and it’s actually seen a boom in bookings.”

Delta Air Lines issued a similar update last week, announcing more than 20 nonstop summer flights to mountain, beach and vacation destinations. Both airlines have said in recent weeks that they have made substantial progress toward reducing how much money they are losing every day.