WASHINGTON (Reuters) – U.S. homebuilding fell less than expected in February as a plunge in the construction of multi-family housing units was blunted by a surge in single-family projects, suggesting some strength in the housing sector before the coronavirus pandemic severely disrupted economic activity. 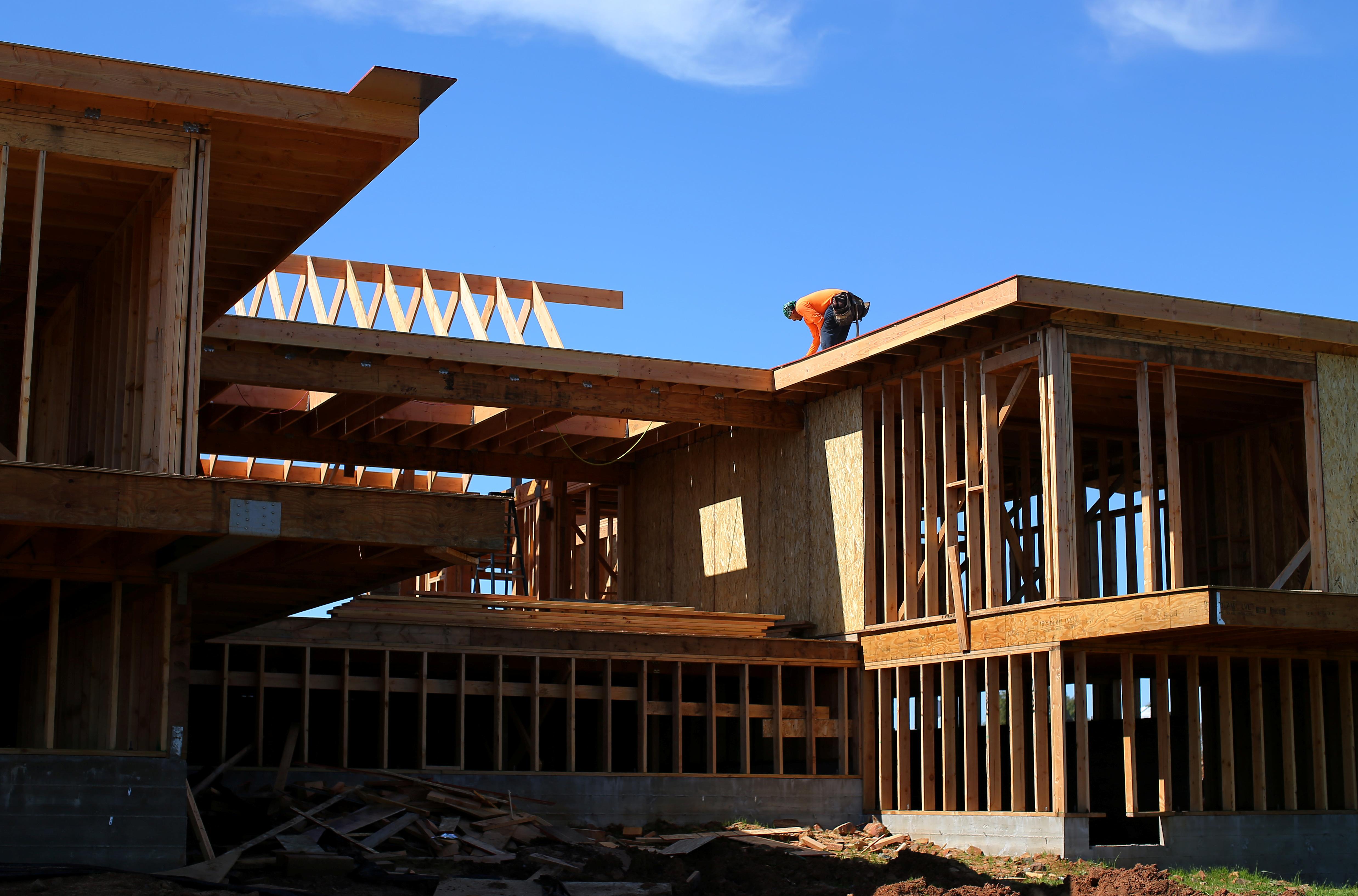 The report from the Commerce Department on Wednesday also showed permits for the future construction of single-family homes racing to their highest level since 2007, as well as strong gains in housing completions and inventory.

But that is all in the rear view mirror as the coronavirus upends life for Americans, leaving economists anticipating widespread job losses as well as a recession by the second quarter. The housing market has regained its footing as mortgage rates have declined after hitting a soft patch beginning the first quarter of 2018 through the second quarter of 2019.

“Though mortgage rates will remain supportive to housing, COVID-19 will likely take a heavy toll,” said Ryan Sweet, a senior economist at Moody’s Analytics in West Chester, Pennsylvania. “COVID-19 will likely hit the housing market in March and April.”

Housing starts dropped 1.5% to a seasonally adjusted annual rate of 1.599 million units last month, the Commerce Department said on Wednesday. Data for January was revised higher to show homebuilding increasing to a pace of 1.624 million units, the highest since December 2006, instead of dropping to 1.567 million units as previously reported.

Economists polled by Reuters had forecast housing starts falling to a pace of 1.500 million units in February.

Housing starts jumped 39.2% on a year-on-year basis in February, likely reflecting the impact of unseasonably mild weather. While building permits tumbled 5.5% to a rate of 1.464 million units in February, that followed a sharp acceleration in January to their highest level since March 2007.

The drop last month was driven by a 20.2% plunge in permits for the construction of buildings with five or more units to the lowest level since June 2019. Single-family housing building permits rose 1.7% to a rate of 1.004 million units in February, the highest level since May 2007.

U.S. stocks were trading lower as growing signs of coronavirus damage to corporate America overshadowed a burst of optimism about sweeping official moves to protect the economy. The dollar rose against a basket of currencies. U.S. Treasury prices rose.

A separate report on Wednesday from the Mortgage Bankers Association showed mortgage applications tumbled 8.4% last week from a week earlier as financial market conditions tightened, lifting mortgage rates back to their mid-February level.

Mortgage rates could resume their downward trend after the Federal Reserve on Sunday aggressively slashed interest rates to near zero, pledged hundreds of billions of dollars in asset purchases and backstopped foreign authorities with the offer of cheap dollar financing.

But the coronavirus continues to depress the stock market, wiping out considerable equity for households, which together with a looming recession and layoffs could undercut the housing market. A survey on Tuesday showed a modest drop in confidence among homebuilders in March, but its developers cautioned that half of the builders were canvassed before March 4 and it expected the impact of the virus to show in the April survey.

Single-family homebuilding, which accounts for the largest share of the housing market, increased 6.7% to a rate of 1.072 million units in February, the highest level since June 2007. Single-family housing starts increased in the Northeast, Midwest and the populous South, but fell in the West.

Realtors estimate that housing starts and completion rates need to be in a range of 1.5 million to 1.6 million units per month to bridge an inventory gap that has kept house prices elevated and constrained sales.

“Low rates and tight housing inventory will not be enough to shelter the housing industry from what are likely material, but still highly uncertain, impacts from the coronavirus pandemic,” said Scott Volling, Principal at PwC in Atlanta, Georgia.