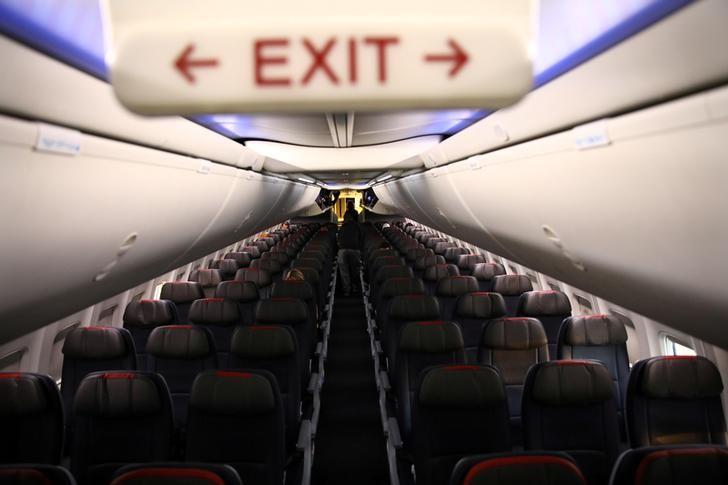 CHICAGO/WASHINGTON (Reuters) – U.S airlines were making a last-minute push on Friday for a $50 billion government stimulus package to include cash, arguing tens of thousands of jobs will otherwise be lost.

A Republican proposal introduced in the U.S. Senate on Thursday would grant up to $50 billion in secured loans to help passenger airlines hit by the coronavirus crisis, but bars cash grants and could result in the government getting equity stakes.

Senate Majority Leader Mitch McConnell wants a deal signed by the end of the day, spurring intense discussions between airlines and congressional aides, people familiar with the matter said.

In an unusual show of unity, American Airlines Group Inc (AAL.O) joined forces with its main union groups to send a joint letter to Washington leaders on Friday, pleading for help amid what they called an extraordinary erosion in demand for air travel.

“Together, we implore our country’s leadership to act quickly to ensure our livelihoods are protected and our country’s air system remains intact,” American said in the letter signed by Chief Executive Doug Parker and the leaders of seven work groups including pilots and flight attendants.

American and other large airlines have already raised capital and taken steps to reduce costs to a bare minimum in an effort to preserve cash as bookings continue to decline, but they have warned of furloughs without government relief.