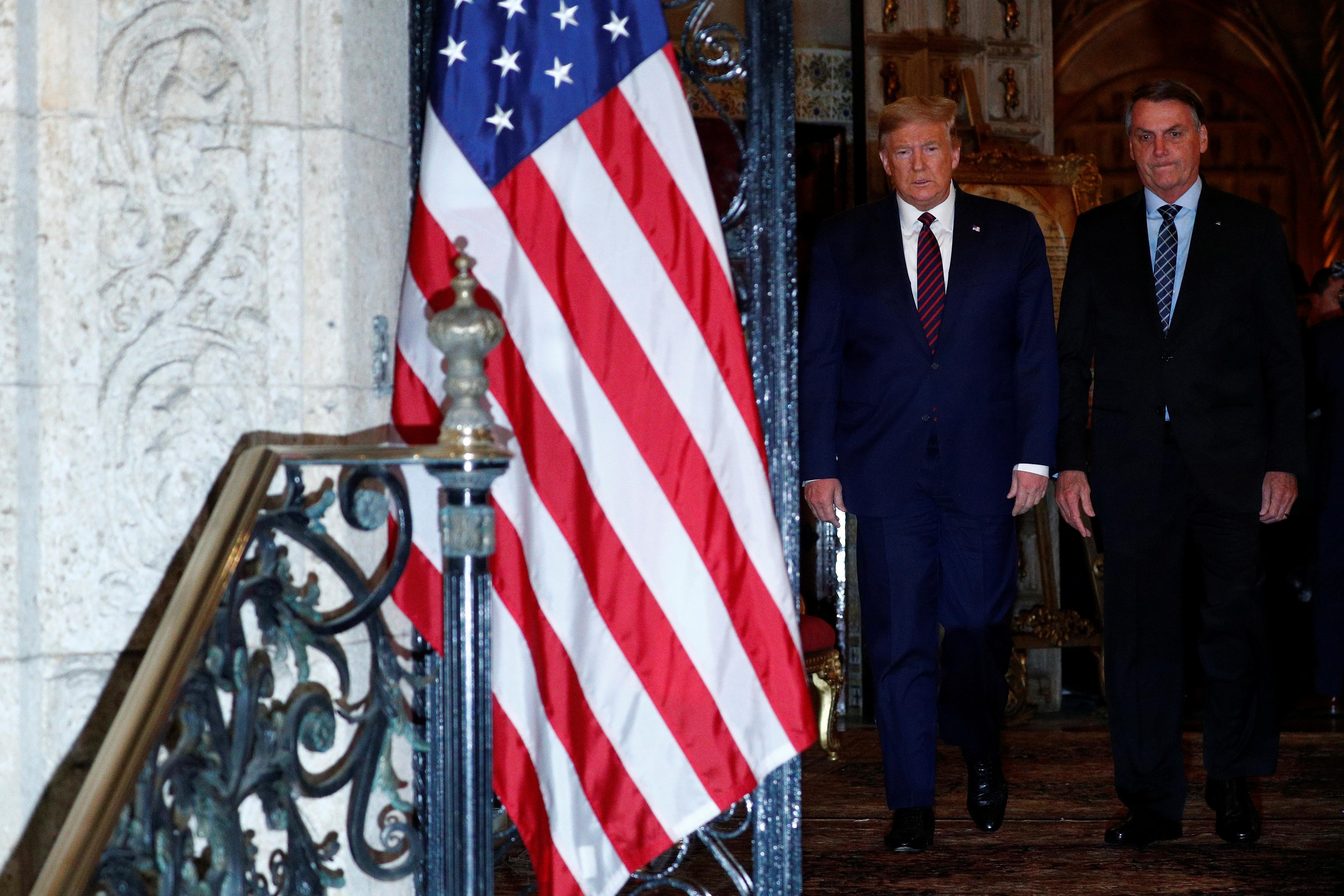 PALM BEACH, Fla. (Reuters) – President Donald Trump praised the United States’ relationship with Brazil under Brazilian President Jair Bolsonaro on Saturday, but declined to say whether he would impose steel and aluminum tariffs on the South American country.

Ahead of a dinner between the two men at Trump’s Mar-a-Lago resort in Florida, Trump was asked if he would continue to hold off placing new tariffs on Brazilian steel and aluminum. Trump responded that the United States had helped Brazil, but said he would not make any promises regarding tariffs.

The Western Hemisphere’s two largest economies had been embroiled in a trade spat over U.S. metal tariffs. But Bolsonaro in December said Trump had told him there would be no new U.S. tariffs on Brazilian steel and aluminum.

“Brazil loves him, and the USA loves him,” Trump said of Bolsonaro as the two men stood briefly in front of journalists. “The friendship is probably stronger now than it’s ever been.”

The two leaders, who share a similar brand of conservative, populist politics, last met roughly a year ago at the White House.

A senior U.S. administration official told reporters earlier on Saturday that the two leaders were expected to discuss the crisis in Venezuela, economic ties and the possibility of a U.S.-Brazil trade agreement. Forest conservation was also on the topic list for the meeting, the official said.