WASHINGTON (Reuters) – U.S. employers maintained a robust pace of hiring in February, giving the economy a boost heading into the coronavirus outbreak, which has stoked fears of a recession and prompted an emergency interest rate cut from the Federal Reserve.

But the strong report likely does not fully capture the impact of the coronavirus, which spread in the United States beginning in late February, leaving financial markets and economists anticipating severe economic disruptions in the months ahead. Financial markets see the virus, which causes a flu-like illness, the catalyst that could interrupt the longest economic expansion on record, now in its 11th year.

U.S. Treasury prices rallied, with the yield on the benchmark 10-year government bond dropping to a record low of 0.695% US10YT=RR. The dollar fell against a basket of currencies, while stocks on Wall Street were sharply down.

“Sadly, these job numbers are sure to be eclipsed by response to the spread of the coronavirus,” said Michael Hicks an economist at Ball State University. “The supply shocks from quarantined factories in Asia are weeks away from idling U.S. factories, and the demand-side impact on tourism, travel, eating and drinking establishments is already being felt across the world. The March jobs report, will be far less optimistic.”

The Fed on Tuesday slashed its benchmark overnight interest rate by a half percentage point to a target range of 1.00% to 1.25%, in the U.S. central bank’s first emergency rate cut since 2008 at the height of the financial crisis. Fed Chair Jerome Powell acknowledged the economy’s strong fundamentals, but said “the coronavirus poses evolving risks to economic activity.”

Nonfarm payrolls increased by 273,000 jobs last month, matching January’s tally, which was the largest since May 2018. While transportation and warehousing payrolls fell by 4,000 jobs last month, suggesting some early impact from the coronavirus, the drop was eclipsed by strong gains nearly across all sectors, including government. The economy created 85,000 more jobs in December and January than previously reported.

Economists polled by Reuters had forecast payrolls increasing by 175,000 jobs in February. The economy needs to create roughly 100,000 jobs per month to keep up with growth in the working-age population. Employment gains averaged 243,000 per month in the last three months.

The government canvassed business in mid-February, before the country reported deaths from the virus and rising infections starting in the final week of the month.

At least 12 people have died in the United States from the respiratory disease called COVID-19 caused by the coronavirus and more than 100 have been infected, spread across 19 states. Overall, the fast-spreading disease has killed more than 3,000 people and sickened nearly 100,000, mostly in China.

The highly contagious virus has rattled investors, who have continued to dump risky assets such as stocks despite the Fed rate cut, in favor of safe-haven U.S. government bonds.

Economists say fiscal stimulus is needed to cushion the economy against the disruptions from the coronavirus, though many believe financial market fears of a recession are a bit premature.

They believe employers are most likely to cut hours for workers initially and proceed to layoffs if the epidemic persists beyond the second half of this year and into 2021. So far, weekly applications for unemployment benefits, the most timely labor market indicator, were trending low in early March.

Still the virus is expected to slow job growth in the coming months. Labor market strength was reinforced by steady wage growth. Average hourly earnings rose 0.3% in February after gaining 0.2% in January. The annual increase in wages, however, slipped to 3.0% in February from 3.1% in January as last year’s large gain falls out of the calculation.

The average workweek increased to 34.4 hours last month after holding at 34.3 hours for three straight months.

The jobless rate fell to 3.5% last month. It increased one-tenth of a percentage point to 3.6% in January as more people joined the labor force, in a sign of confidence in the job market. The labor force participation rate, or the proportion of working-age Americans who have a job or are looking for one was unchanged at 63.4%, the highest since June 2013.

The drop in transportation and warehousing payrolls last month after increasing by 29,800 jobs in January was likely because of travel restrictions which were enforced by some authorities to curb the spread of the illness. 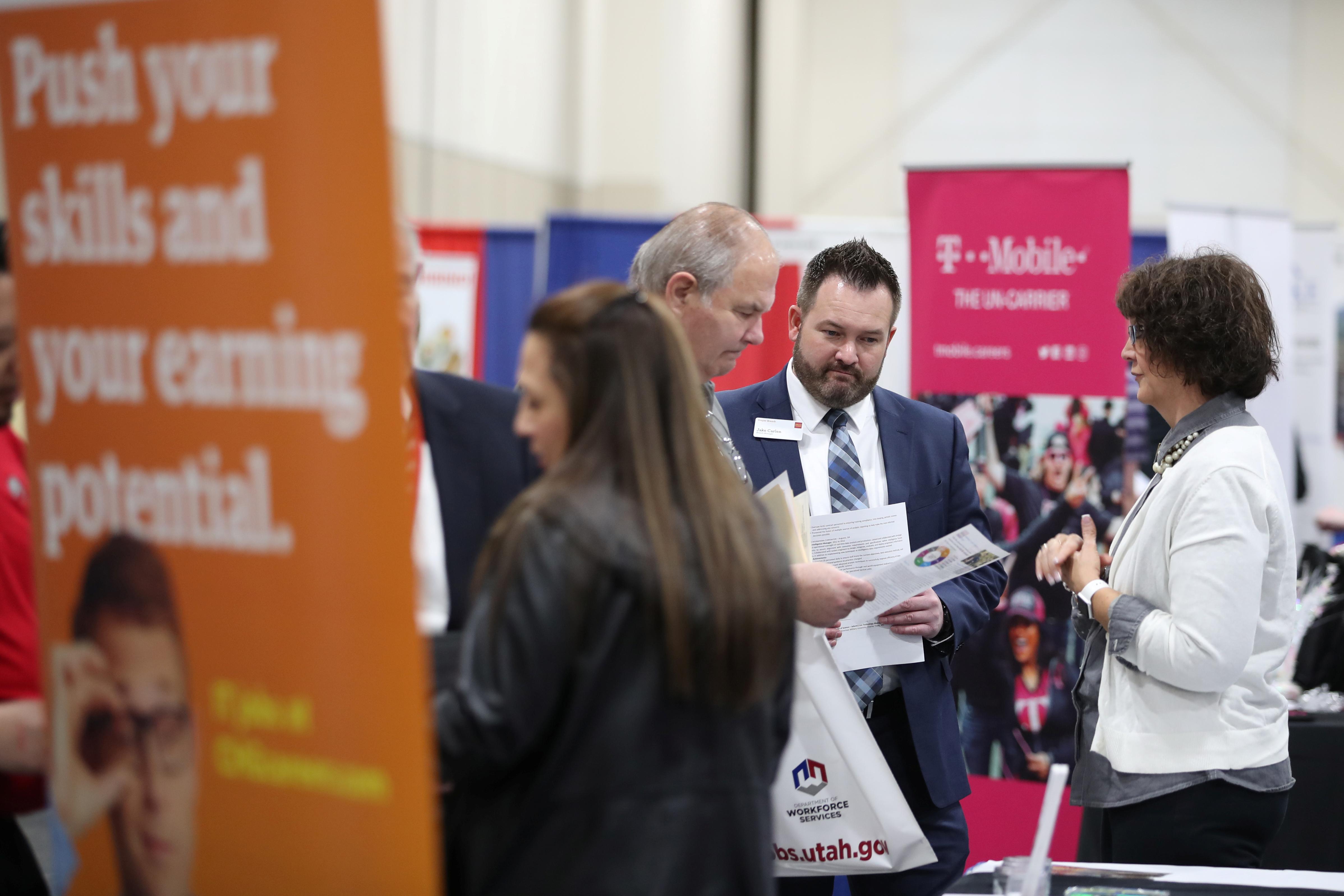 There have also been reports of declines in shipping container volumes at ports. A report from the Commerce Department on Friday showed the trade deficit dropped 6.7% to $45.3 billion in January as both imports and exports fell. (Full Story)

Government payrolls increased by 45,000 in February, boosted by increases in state government education. About 7,000 temporary workers were hired for the decennial population count.

Payrolls in the leisure and hospitality sector surged by 51,000 jobs. Healthcare and social assistance employment increased by 56,500 jobs. There were also increases in hiring in the professional and business services, and financial activities industries. Retail employment, however, fell again in February.