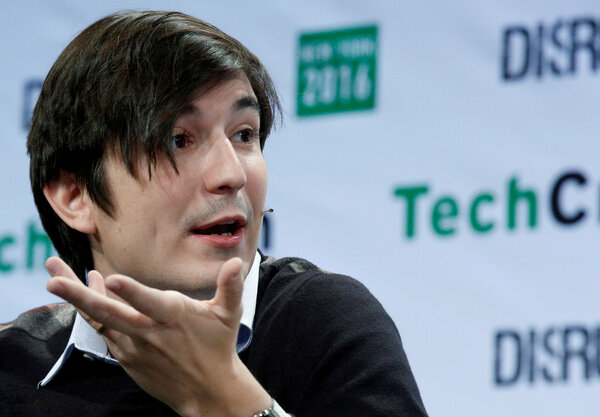 Robinhood clears the decks for its I.P.O.

Robinhood racked up another big fine yesterday, this time from the financial industry regulator known as FINRA. It’s the latest blow to the online brokerage, which has faced a series of accusations of misleading and marooning customers. But the company sees an upside to its latest legal run-in, too: It believes it has resolved lingering issues enough to move forward with its long-anticipated I.P.O.

FINRA hit Robinhood with a $70 million fine, the regulator’s largest ever, for a host of sins, including giving customers wrong information about trading on margin, failing to properly determine whether customers should have been approved to trade options and not properly shoring up its technical systems to avoid a series of outages between 2018 and 2020 that led to losses for customers.

That’s on top of previous fines, including a $65 million one by the S.E.C. in December for misleading customers.

And the hits may keep on coming. Lawmakers, who pummeled Robinhood’s C.E.O., Vlad Tenev, during a hearing in February, want tougher penalties: “Robinhood won’t clean up its act with slap-on-the-wrist settlements,” Senator Elizabeth Warren tweeted. “Our regulators need to show some backbone to hold Robinhood accountable.” The company still faces several pending suits and investigations:

Massachusetts’ top securities regulator sued Robinhood earlier this year, seeking to bar the company from operating in the state because of its aggressive marketing tactics.

The S.E.C. is still reviewing the company’s role in the January meme-stock rally.

Robinhood is a defendant in dozens of potential class action lawsuits from retail traders arising from trading restrictions during the meme-stock frenzy. The cases were consolidated into a single case in South Florida and divided into four parts, including “the Robinhood tranche.” Next month, the plaintiffs must file a single combined complaint for each of the four claims — and it could drag on for a long time.

But the, uh, good news for Robinhood is that it’s moving ahead with its I.P.O., with the brokerage set to publish its prospectus imminently, DealBook’s Michael de la Merced and Erin Griffith report for The Times. Settling the FINRA investigations appears to have been the final legal hurdle that the company wanted to clear before “flipping” its hitherto confidential I.P.O. document. (Keep your eyes peeled for the rundown of the company’s legal issues in the document, which could run to novella length.) If all goes to plan, expect Robinhood’s own shares to begin trading before the August doldrums.

Donald Trump’s company and a key lieutenant are indicted. Charges against the Trump Organization and its C.F.O., Allen Weisselberg, are set to be unsealed in court this afternoon; they’re expected to be tied to a tax investigation into fringe benefits paid to Weisselberg. Weisselberg, who surrendered to prosecutors this morning, has been under pressure to flip on Trump, his longtime boss.

The tech and finance industries win exemptions in the global tax overhaul. In negotiations over a worldwide reshaping of tax rules, the U.S. successfully defended Silicon Valley giants from facing extra payouts. And at Britain’s urging, financial services firms would be exempt from rules covering multinational companies’ tax bills.

Hertz emerges from bankruptcy protection. The car rental company, which filed for Chapter 11 early in the pandemic, has drastically cut debt and gained access to new financing. Also helping its cause: a red-hot market for rental cars.

Gap is closing hundreds of stores. The clothes retailer announced that it would shutter more than 100 outlets in Europe, including every branch in Britain and Ireland, in addition to the 350 stores in the U.S. that it plans to close in the next two-and-a-half years. It’s the latest example of how the pandemic has sped up retailers’ shift online.

The Bill and Melinda Gates Foundation pledges $2 billion to gender-equality efforts. The commitment by the foundation is one of its biggest in two decades, and was spurred by women being left behind by the global economic recovery. Gender equality has been a longtime priority for Melinda French Gates.

A window opens on the F.T.C.

Today, the new chair of the Federal Trade Commission, Lina Khan, unveils her first innovation at the agency. She is opening monthly meetings to the public — and airing viewer comments — in a move designed to convey that there’s a new competition law enforcer in town and she’s on the side of the people.

“Symbolism is not unimportant,” Bruce Hoffman, an antitrust partner at Cleary Gottlieb and former director of the F.T.C.’s competition bureau, told DealBook. Greater transparency is welcome, but since much of what commissioners discuss is based on confidential information, the meetings will necessarily involve limited insight. He is particularly interested in one agenda item today, a vote to rescind a 2015 policy statement on enforcement principles for certain “edge” competition cases. It was approved during the Obama administration, Hoffman said, so that potential break is symbolic, too.

Khan is one of the foremost critics of Big Tech, and her academic work has reshaped policymakers’ thinking about competition law in the digital age. Khan represents the zeitgeist at a time when politicians on the left and right say tech giants have too much power and half of Americans say they should be more regulated. However, her outspokenness raises issues for her as a regulator. Yesterday, Amazon filed a 25-page motion seeking Khan’s recusal from all company matters based on her past pronouncements, just as the commission is reviewing its business practices and proposed acquisition of M.G.M.

And then there is Facebook. A judge dismissed the F.T.C.’s monopoly case against the company this week, telling it to try again with more facts. Hoffman said this still gives the agency room to maneuver, and a more transparent F.T.C. will help the public see how complicated and nuanced the law — and commissioners — can be. “Not everything is a zero-sum battle,” he said.

Who is tuning in? One former Democratic commissioner in private legal practice told DealBook that his associates are covering the F.T.C. meeting and he expects clients to watch, too. “Hopefully over time these meetings won’t become mostly performative,” he said. Insiders predict resistance to Khan from the agency’s two Republican commissioners and questions about recusing herself from other Big Tech matters. We’ll see for ourselves soon enough.

Doughnuts to Didi: This week’s bumper crop of I.P.O.s

On any normal week, the trading debuts of Krispy Kreme or Didi Chuxing, the Chinese ride-hailing giant, would be the biggest news in initial public offerings. Not this time: They were just two of 18 I.P.O.s to hit the markets.

That’s the most companies to list in a week for 17 years, according to CNBC. It’s a sign of how the traditional way of going public has roared back after being briefly supplanted by SPACs. Overall, 213 I.P.O.s raised $70 billion in the first half of the year, which is above the full-year average for the past 10 years, according to Renaissance Capital. June was the busiest month for listings since August 2000.

Not all of this week’s debuts fared equally well. Didi’s shares closed yesterday above their offer price, valuing the lossmaking tech company at $69 billion. Clear Secure, the travel security company, also ended the day up in price. (“We’re very positive on travel,” its C.E.O., Caryn Seidman-Becker, told DealBook.) But Krispy Kreme priced its offering well below expectations, raising $500 million, down from the $640 million it was seeking.

Marc Benioff, the C.E.O. of Salesforce, famously spent $3 million in 2015 to raise the salaries of women at the company to match their male counterparts, only to find, a year later, that the pay differential had returned. The gender wage gap has been persistently hard to close.

In the past few years, the go-to solution has been pay transparency — when co-workers know precisely how much their colleagues make. Few companies have actually put this into practice, and efforts to force them haven’t gotten far. Earlier this month, Senate Republicans blocked the Paycheck Fairness Act, which would have made it illegal for companies to punish employees who discuss their salaries with co-workers.

That’s why you may have heard of Buffer, a small social media company that gets outsized attention because eight years ago it began publishing the salaries of all its employees online. But when it comes to solving gender pay disparities, transparency hasn’t worked, The Times’s Emma Goldberg reports. Buffer’s gender wage gap grew to 15 percent in 2019, from 4 percent in 2015.

The problem transparency can’t solve is that certain roles, like software engineers, tend to be dominated by men and others, like account managers, are held primarily by women. The pay levels for those roles, even after they were disclosed, remained far apart. Last year, PayScale released a study that found transparency shrunk the pay gap at some companies, but not at ones dominated by men. Buffer found this as well, and in the past few years has focused on recruiting more women into engineering roles.

Pay transparency, though, may have other benefits. A study last year of companies in Austria, which in 2011 began requiring companies to disclose more information about pay, found that transparency did little to close the gender pay gap, but it did increase worker retention.

The private equity giant TPG is reportedly weighing going public via either an I.P.O. or merging with a SPAC. (WSJ)

Speaking of private equity, the industry struck more than $500 billion worth of deals in the first half of the year, the busiest pace in at least four decades. (FT)

The activist hedge fund Elliott stepped up its campaign against GlaxoSmithKline, demanding changes to the board and a new C.E.O. (Evening Standard)

New York City adopted a record $99 billion budget, backed by $14 billion in federal aid, to help the city recover from the pandemic. (NYT)

The New York City Board of Elections’ latest tally in the Democratic mayoral primary — this time without 135,000 test votes — confirms a tightening race between Eric Adams and Kathryn Garcia. (NYT)

The source code for an early version of the web was auctioned off as an NFT for $5.4 million. (NYT)

One of the hottest and most lucrative new trades is lending cryptocurrencies. (FT)

“Is Citi the New ‘It’ Place to Work on Wall Street?” (Bloomberg Opinion)

For some, the pandemic made daily life more accessible. Three personal stories on dreading the return to “normal.” (NYT)

Donald Rumsfeld, a former C.E.O. who drove wars in Afghanistan and Iraq as George W. Bush’s secretary of defense, died on Tuesday. He was 88. (NYT)