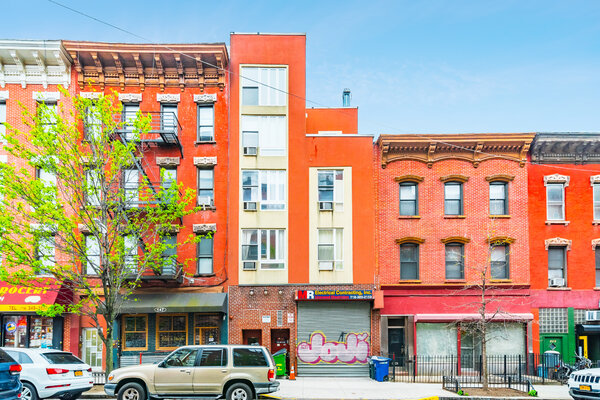 Built in 1931, this 8,312-square-foot, five-story building in Greenpoint contains six apartments and one retail space, which is vacant. Three apartments have one bedroom, and three have two bedrooms. Two of the apartments were delivered vacant.

Built in 2015, this eight-story, 29,000-square-foot building in Flushing is home to a 30-room hotel, which includes a restaurant and rooftop bar. The hotel is self-managed, and the restaurant/bar is operational but can be delivered vacant.

Built in 1893, this four-story building on the Upper West Side consists of a garden-level duplex and a triplex, which is vacant. There are 1,910 square feet of available air rights. The building last traded hands in 2011.