With August just around the corner, retailers and brands are gearing up to meet the demands of “peak season,” which Rick Faulk, chief executive officer of Locus Robotics, describes as a “retail phenomenon” that has been amplified in scope due to changes in consumer behavior since the pandemic.

Here, Faulk explains peak season and the opportunities and challenges it presents for online merchants as well as giving an update on the Wilmington, Mass.-based robotics-powered fulfillment company.

WWD: What is “peak season” and what should brands and merchants consider when planning for it?

Rick Faulk: Traditionally, “peak season” is the time frame from roughly August through the holiday season and includes Black Friday and Cyber Monday events. While it had initially been a U.S.-centric event, “peak” has now become a global event. From Amazon Prime Day to Singles Day in China, retailers are fighting to get a piece of an ever-expanding retail phenomenon. This period generally began with back-to-school sales for retailers, leading up to the major Thanksgiving and Christmas holiday sales. However, over the past 15 months, it’s become much harder to define “peak season.”

Due to the pandemic, online ordering volumes have exploded with e-commerce volumes approaching traditional holiday periods almost on a regular basis, putting considerable strain on warehouse fulfillment operations. In addition, with the advent of convenient buy online, pick up in-store, or BOPIS, curbside pick-up, ship to home and other new omnichannel services, both manufacturers and retail chains are challenged to keep up with growing volumes, on an almost weekly basis.

The trend is very evident among retailers and manufacturers in clothing, shoes, cosmetics, HBA, consumer electronics and more, all of whom are actively scaling up to meet the skyrocketing volumes.

WWD: After an explosive period of growth of online shopping last year, do you see it continuing? What’s driving online sales?

R.F.: The trend really doesn’t seem to be slowing down as consumers discover the convenience of online ordering. And this has expanded to a much wider range of products than ever before. Look at how restaurants have embraced online ordering and delivery. Another example is the growth of retail “try-on” stores that have allowed smaller, internet-native retailers to expand their reach, while the convenience of same-day/next-day delivery has opened the door to new categories such as grocery and other perishable items.

One key thing we see that’s driving online sales seems to be convenience. After having been locked down for many months, consumers are now very comfortable using online ordering and we see that trend growing beyond just consumers. More and more businesses are using online ordering for a wide range of industrial, parts, supplies, tools and more to keep their business going. And it doesn’t seem to be a trend that’s slowing down, either.

WWD: Aside from “peak season,” what are some of the other challenges facing online retailers as we head into the second half?

R.F.: Even before the pandemic, finding enough labor to meet the volume in the fulfillment warehouse had been a key concern, and the pandemic has clearly exacerbated it. It’s now become even more difficult to hire qualified people while also providing the added layer of a health-safe workplace. 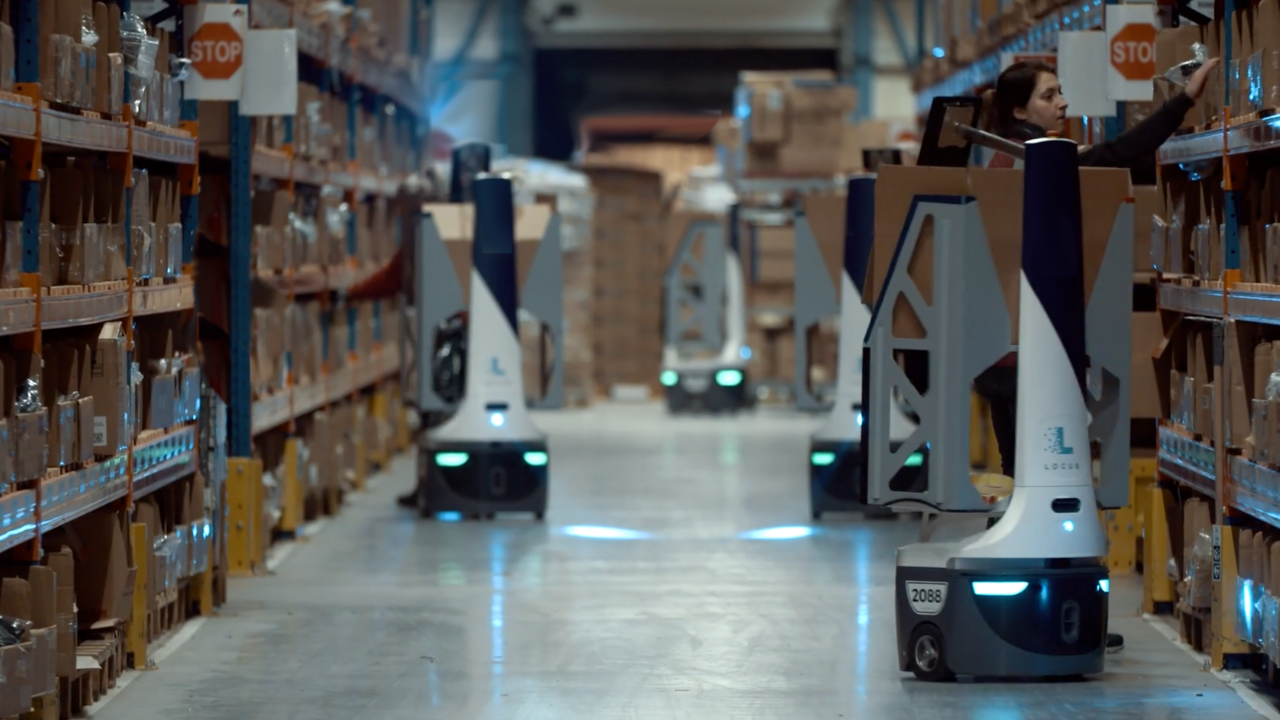 The only viable alternative has been to introduce robotics to bridge the labor gap and keep recruiting, training and retention costs down. Many of our customers use the Locus solution to not only meet their current volume challenges, but easily scale as they grew or they’re faced with unexpected volume spikes.

WWD: Can you bring us up to speed with Locus Robotics? How has the company grown since the last time we spoke? What’s planned for this year and beyond?

R.F.: Locus has grown considerably since we last spoke. We are now deployed in over 90 locations around the world, representing nearly 50 companies. We recently expanded our partnership with DHL to deploy 2,000 bots worldwide by 2022.

We’re very proud of being named the fastest-growing private company in Massachusetts by Boston Business Journal’s “2021 Fast 50 Awards.” We’ve also been named an industry leader by IDC in their Market Scape Report, and we are a five-time winner of Robotics Business Reports’ RBR50 Award. And our recent round of funding saw our valuation exceed $1 billion, making Locus one of just 746 “unicorn companies” in the world.

With nearly 95 percent of fulfillment warehouses still using archaic, labor-intensive, cart-based systems, the view ahead looks very promising. We’re helping retailers and their fulfillment partners around the world accelerate their growth plans, using collaborative automation tools like AMRs as part of their fulfillment strategy to digitize the warehouse for optimal performance.