Prices have yet to show much movement, but the prospect of an unbridled economy’s surging back from the pandemic has unsettled the markets. 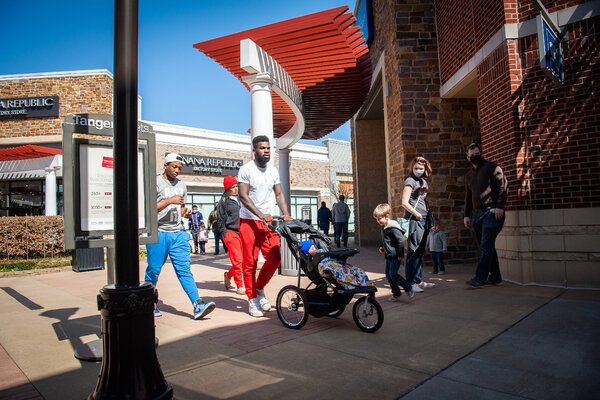 While the Biden administration’s ambitious effort to salve the pandemic’s deep economic wounds made its way through Congress, proponents insisted that funneling $1.9 trillion to American households and businesses wouldn’t unshackle a long-vanquished monster: inflation.

Officials at the Federal Reserve, responsible for balancing the job needs of Americans with price pressures that could erode their buying power, have said there is little cause for worry.

Yet as the legislation moved toward the finish line, inflation prospects increasingly influenced political commentary and Wall Street trading.

The worries reflect expectations of a rapid economic expansion as businesses reopen and the pandemic recedes. Millions are still unemployed, and layoffs remain high. But for workers with secure jobs, higher spending seems almost certain in the months ahead as vaccinations prompt Americans to get out and about, deploying savings built up over the last year.

Jamie Dimon, chief executive of JPMorgan Chase, is among those tracking the inflation threat. “There’s a very good chance you’re going to have a gangbuster economy for the rest of this year and easily into 2022, and the question is: Does that overheat everything?” he said in an interview with Bloomberg Television last week.

In addition to the $1.9 trillion about to pour forth, Mr. Dimon said, $1 trillion in savings that piled up during the pandemic remain unspent.

The inflation fixation has been one driver behind a sharp sell-off in government bonds since the start of the year, pairing with a stronger growth outlook to push yields on 10-year notes up to about 1.5 percent, from below 1 percent. Bonds, like stocks, tend to lose value when inflation expectations grow, eroding asset values.