WASHINGTON (Reuters) – The global spread of the novel coronavirus has crushed hopes for stronger growth this year and will hold 2020 global output gains to their slowest pace since the 2008-2009 financial crisis, International Monetary Fund Managing Director Kristalina Georgieva said on Wednesday. 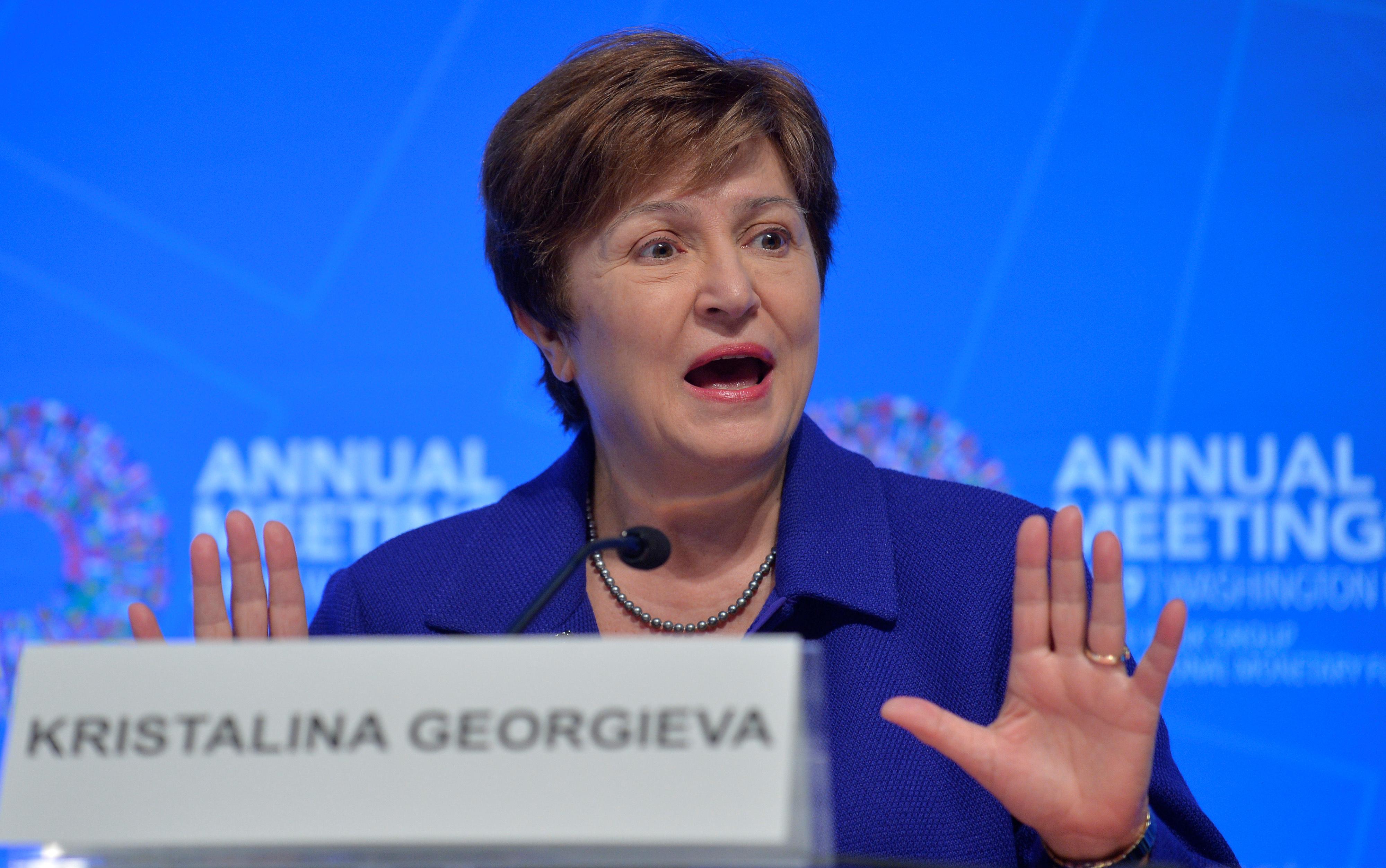 The IMF now expects 2020 world growth to be below the 2.9% rate for 2019, and revised forecasts will be issued in the coming weeks, Georgieva told a news briefing. Trade wars pushed global growth last year to the lowest rate since a 0.7% contraction in 2009.

The changed forecast would represent a more than 0.4-percentage-point drop from the 3.3% growth the IMF had estimated for 2020 in January as U.S.-China trade tensions eased.

“Global growth in 2020 will dip below last year’s levels, but how far it will fall and how long the impact will be is still difficult to predict,” Georgieva said.

She declined to say whether the escalating health crisis could push the world into a recession.

The IMF is making available $50 billion in emergency funding to help poor and middle-income countries with weak health systems respond to the epidemic, she said after a call with the IMF’s steering committee.

Ecuador used the latter program in 2016 to get a $364 million loan after a devastating earthquake.

But larger emerging-market countries such as Brazil, China, and India are ineligible for such assistance, as are countries where the IMF has declared debt to be unsustainable, including Argentina.

Georgieva and World Bank President David Malpass underscored the importance of coordinated action to limit the economic and human impact of the virus.

The World Bank said on Tuesday it was providing $12 billion in immediate funds to help developing countries improve their health services, disease surveillance, access to medical supplies and working capital for businesses.

Less than two weeks ago, the IMF told G20 finance leaders in Saudi Arabia that the virus could shave 0.1 percentage point off its January global growth forecast, a milder scenario based on expectations the coronavirus would be largely contained within China.

That view changed over the past week as the virus spread rapidly outside China to more than 70 countries, Georgieva said.

The shift has vastly increased uncertainty and caused demand worldwide to weaken, hitting trade and tourism hard and slashing demand for oil and other commodities as individuals and businesses take precautionary measures to avoid infection.

In China, even as the spread of the virus has slowed, growth will be below the IMF’s most recent forecast for 5.6% in 2020, Georgieva said.

Still, the Fund was encouraged by the restart of some production in China, which is now at about 60% recovered and aiming to reach 90% in coming weeks, she said.

She declined to discuss more specific scenarios on potential downgrades in growth estimates, saying: “What helps is concentrating on actions. Who cares if it will be 0.1 or 0.4 or 0.5? If we act, and focus on that, lives would be saved, suffering would be reduced and the economy would perk up faster.”