A supply shortage of the venerable, if polarizing, cereal has customers scouring online for boxes, sometimes listed at inflated prices. 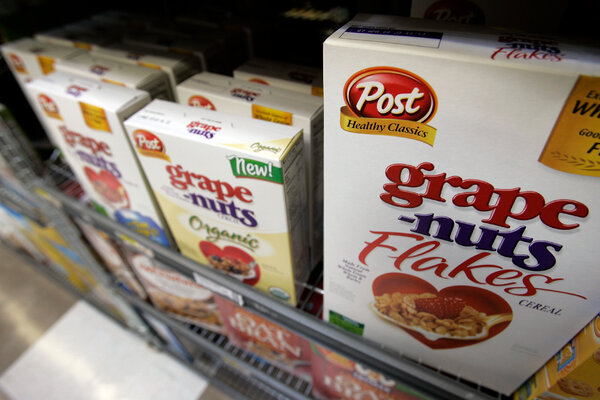 Grape-Nuts cereal, the supermarket mainstay that is made of neither grapes nor nuts, beloved by some and hated by others, has become hard to find.

Supply-chain constraints and higher demand for the cereal amid the pandemic have led to shortages of the product, Kristin DeRock, Grape-Nuts brand manager for the cereal company Post Consumer Brands, said in statement on Friday.

“Grape-Nuts is made using a proprietary technology and a production process that isn’t easily replicated, which has made it more difficult to shift production to meet demand during this time,” she said, without elaborating on that technology or process. She said that the company was working “to get Grape-Nuts fully back on store shelves, which we expect to be this spring.”

The problems appear to date back to last year. The company responded to a customer on Facebook last fall explaining that another variety of cereal, Grape-Nuts Flakes, “may be out of stock for a while due to adjustments in our production schedules to ensure the items in highest demand are available.” The company added that it expected that flakes would be available again in October.

Some die-hard fans of the original Grape-Nuts have complained on social media about the challenges in finding the product, saying the shortage has left them bereft not only of breakfast but afternoon and evening snacks as well.

“I am among those suffering from the great #grapenuts shortage,” David Heyman posted on Twitter on Wednesday. “May their return bring a little comfort in troubled times.”

In an interview on Friday, Mr. Heyman distinctly remembered the last time he had the cereal. “It’s been two months,” he said.

“I had finished a box and was looking for more,” said Mr. Heyman, who was living in Washington, D.C., at the time.

When he didn’t find them at local stores, “I did a search online and didn’t find anything,” he said, thinking it was a local or regional issue.

He then moved to Pittsburgh — though not because he was looking for Grape-Nuts — “and couldn’t find them anywhere,” he said. “It was then that I found that others were having the problem nationwide.”

He said he enjoys eating the cereal with milk and adds raisins “for a little sweetness. But I appreciate their nutty, authentic taste.”

On Reddit, the tone could be less wistful. One post was titled, “WHERE ARE ALL THE GRAPE NUTS???”

“I have been to every Safeway, Fred Meyer, and Target around, and i cannot find them anywhere,” one user said last month in a Reddit group for residents of Portland, Ore. “Am I the only person in Portland eating Grape-Nuts?”

Some hungry customers, foiled in grocery stores, tried the internet to search for the product, only to find that prices could be far above normal. Grape-Nuts said the manufacturer-suggested retail price for a 29-ounce box is $4.99.

Other consumers were less troubled by the shortage. Some expressed their hatred for Grape-Nuts even if they could sympathize with the loss of a comfort food. Others described their distaste in visceral terms like comparing the experience of Grape-Nuts to “eating pebbles.”

The venerable cereal, which is made from wheat and barley, has been around since 1897, according to Post Consumer Brands. It was a favorite among explorers like the adventurers Edmund Hillary and Tenzing Norgay, who were the first to reach the summit of Mount Everest in 1953.

So how did it get its name? One story said that the company’s founder, C.W. Post, believed that glucose, which he called “grape sugar,” formed during the baking process.

“This, combined with the nutty flavor of the cereal, is said to have inspired its name,” the company said. Another story on the site said that the brand got its name simply because it looks like grape seeds.

On its website, Grape-Nuts posted a statement to reassure customers it was trying to act quickly. “We expect this product to be back on most store shelves sometime in March 2021,” the statement said. “We are sorry for any inconvenience.”