(Reuters) – Investors across a broad range of asset markets breathed a sigh of relief Tuesday, a day after the Federal Reserve rolled out unprecedented measures aimed at boosting liquidity and bolstering investor confidence in the face of a spreading coronavirus pandemic. 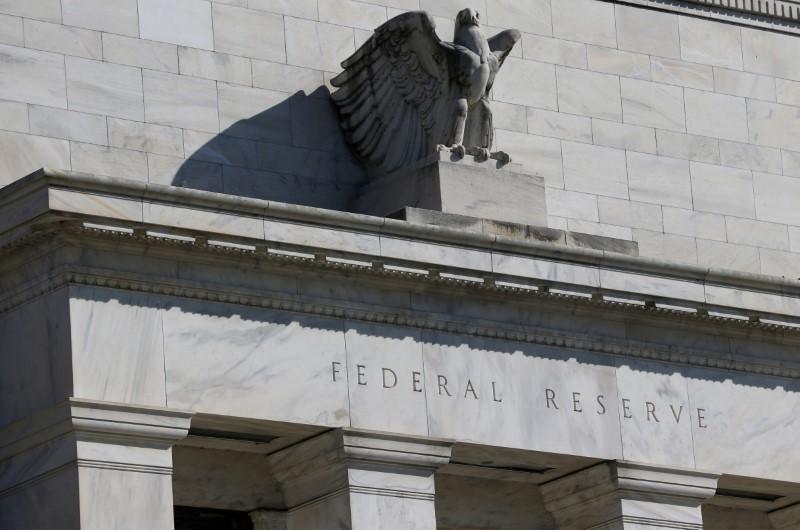 As equities ripped higher around the world, a string of investment-grade companies tapped a better-functioning debt market for much-needed cash after the Fed’s measures helped ease a logjam that had frozen credit markets.

The rate at which companies could borrow high-grade, short-term loans mostly decreased, while rates for lower-grade paper continued to increase at some maturities and decreased modestly at others, according to Fed data.

The U.S. dollar edged lower against a broad range of currencies, while Treasury yields rose, a sign that investor concerns had eased, at least for the moment. Meanwhile, the Dow Jones Industrial Average marked its best one-day gain since 1933. nL1N2BH227

Few believe the markets have seen the last of the heavy bouts of selling and stretches of illiquidity that have plagued them during a month-long selloff that has slammed everything from equities to oil. Yet Tuesday’s moves were a potential sign that investors were giving at least a tentative stamp of approval to the Fed’s unprecedented interventions of the last week and a potential $2 trillion in fiscal stimulus from the government.

“The promise of fiscal stimulus in addition to what the Fed has begun to do encourages investors that we don’t have to go through this alone,” said Michael Farr, president of Farr, Miller & Washington LLC. “It lets us know that the government will … make sure the financial plumbing is working and well oiled.”

Among other signs of abating tensions, prices on credit default swaps fell, suggesting that worries about corporate insolvency was easing. The spread of Markit’s investment grade credit default swap index – used as a barometer of sentiment about the investment grade market – dropped around 14 basis points on Tuesday, indicating that investors were demanding less of a risk premium to hold the debt < CDXIG5Y=MG>.

Nestle (NESN.S) and Sanofi (SASY.PA) were among the firms to tap credit markets where bids for their long-term debt totaled more than 24 billion euros.

The U.S. LIBOR-OIS spread, which measures the difference between secured and unsecured lending in the United States, also narrowed. The one-month spread on Tuesday slipped to as low as 98.7 basis points USDF-O0X1=R, down from 105.67 basis points last week. A higher spread suggests banks are becoming more nervous about lending to each other.

“Things are slowly starting to improve on the dollar funding front,” said Michael Chang, interest rates derivatives strategist at Societe Generale in New York. “The Fed has done as much it could and it’s really in the hands of the fiscal policymakers.”

Meanwhile, a key measure of the premium investors pay for access to U.S. dollars remained close to its lowest since March 3. That measure, the euro-dollar swap spread, fell to 5.6 basis points, having risen as high as 86 basis points last week.

Senior U.S. lawmakers said they were approaching a deal on a $2 trillion coronavirus economic stimulus package, raising hopes that the divided U.S. Congress could soon act to try to limit the pandemic’s economic fallout.

Many investors remain braced for more volatility ahead, however. The trajectory of the coronavirus pandemic remains uncertain, while its economic toll is becoming increasingly clear.

U.S. unemployment could hit 30% and second-quarter economic output could be half the norm, St. Louis Federal Reserve President James Bullard told Reuters in an interview.

Some investors see “a lose-lose situation,” said Michael O’Rourke, chief market strategist at Jones Trading. “You either break the healthcare system or you break the economy.”