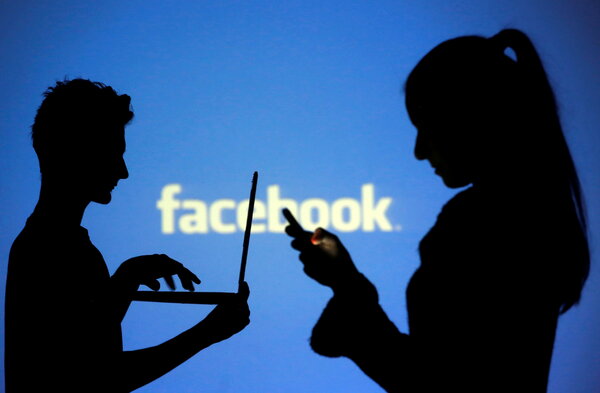 Whether on privacy, misinformation, hate speech or changes to its News Feed, Facebook has been embroiled in controversy for most of its existence. Its playbook, no matter the perceived misstep, has remained relatively consistent: Apologize and promise to do better.

In January, though, the company’s executives decided to be more aggressive. That has included using its own powerful information-spreading algorithms to respond to criticism, The Times’s Ryan Mac and Sheera Frenkel report. This is part of a multipronged effort to change the narrative about the company by distancing the founder Mark Zuckerberg from scandals, reducing outsiders’ access to internal data, burying a potentially negative report about its content and increasing its own advertising to showcase its brand.

One of the most visible actions is code-named “Project Amplify.” The initiative promotes positive stories about Facebook on users’ feeds. These articles, like one about ​​“Facebook’s Latest Innovations for 2021,” are displayed with a Facebook logo and in some cases written by Facebook itself. A Facebook spokesman said that Project Amplify was “similar to corporate responsibility initiatives people see in other technology and consumer products.”

Facebook has also cut back on apologies in recent months. Its executives have said, for example, that the storming of the U.S. Capitol had little to do with Facebook and that misinformation on the platform was not the reason for missed vaccination goals. “They’re realizing that no one else is going to come to their defense, so they need to do it and say it themselves,” said Katie Harbath, a former Facebook public policy director.

The company may find it hard to go on the offensive. On Sunday, Facebook responded to an investigative series by The Wall Street Journal, which reported that the company knew more about the harms caused by its platform than it had acknowledged in public. In a blog post, Facebook called the paper’s reporting a mischaracterization of the facts. Late yesterday, the Facebook Oversight Board announced it would review Facebook’s special treatment of V.I.P. users in enforcement actions, one of the policies surfaced by the report.

The House approves a bill raising the debt limit. The legislation would lift the federal debt limit until the end of 2022, fund the government through early December and provide money for Afghan refugees and natural disaster recovery. The measure now heads to the Senate, where Republicans have warned they will block any increase to the debt ceiling. Government funding lapses next week, and the Treasury Department could reach the limits of its borrowing authority next month.

China’s Evergrande says it can repay at least some of its debts, noting in a filing today that a $36 million interest payment due this week was “settled through negotiations.” But the cash-crunched property developer, which owes creditors $300 billion, could miss other payments this week, with prospects for a bailout unclear. Hedge funds have been buying Evergrande’s bonds and hiring advisers in an attempt to make money off the company’s potential collapse.

The Fed updates its bond-buying plans. The U.S. central bank, which wraps up its latest policy meeting today, is expected to signal that it will soon slow its bond-buying program, a first step in reducing its emergency pandemic support. The Fed chair, Jay Powell, is also likely to face questions about the personal stock and bond trading of top central bank officials, after calling for a review of those trades last week.

Google spends $2.1 billion on a Manhattan office building. It’s one of the highest prices paid for an office building in the U.S. in recent years, and a psychological boost for New York City’s commercial property market, which is struggling with record-high vacancy rates. The tech giant has 12,000 employees in the city, and plans to hire 2,000 more.

The Treasury Department targets cryptocurrency’s role in ransomware attacks. As part of a series of actions to prevent cybercrime, the department placed sanctions on Suex, a crypto exchange based in Russia that it said facilitated payments in multiple attacks. In 2020, ransomware payments topped $400 million, four times larger than the year before, according to officials.

The D.O.J. takes aim at “de facto merger” of airlines

The Justice Department filed an antitrust lawsuit yesterday against American Airlines and JetBlue, arguing that a growing alliance between the two carriers hurts consumers. In bringing the suit, officials called the cooperation a “de facto merger” between the carriers in the New York and Boston markets. Attorneys general in six states and the District of Columbia joined the action. The airlines said they planned to fight the suit in court.

It’s the latest effort by the Biden administration to limit corporate power through antitrust actions. The airline industry’s troubles during the pandemic, which crushed carriers’ revenue, didn’t appear to factor into the decision to sue. “Neither airline is failing; they received billions of dollars in subsidies from American taxpayers over the course of the pandemic,” the charge noted, underlining that playing the failing-firm card would not lower the antitrust standards set by the White House. (Propping up the industry with more than $50 billion in grants was itself contentious.)

“American has relentlessly pursued a strategy of industry consolidation,” the suit said. “Unable to combine with foreign airlines through formal mergers, American has instead pursued consolidation through a series of international joint ventures.” American is the world’s largest airline and it, along with Delta, United and Southwest, controls over 80 percent of domestic U.S. air travel. JetBlue’s reputation for challenging bigger rivals, forcing them to lower their fares from hubs like Boston, is a “critical source of competition” eliminated by its partnership with American, according to Richard Powers, an acting assistant attorney general in the Justice Department’s antitrust division.

The government’s move could dash any plans for future airline deals. Shares of one of the last remaining targets of a takeover that might pass muster, Alaska Airlines, closed more than 1 percent down yesterday and dropped a bit more in after-hours trading.

In other news, the Justice Department is investigating Zoom’s $15 billion deal to buy Five9, citing potential risks to national security.

► “My generation was promised colonies on the moon. Instead we got Facebook.”

— Peter Thiel, a venture capitalist and an early investor in Facebook, told employees of the social media company in what was supposed to be a motivational speech but turned into a critique of the company, according to “The Contrarian,” a new book about Thiel out this week.

► “We’ve found that eliminating pre-employment testing for cannabis allows us to expand our applicant pool.”

— Beth Galetti, the head of human resources at Amazon, which announced yesterday that it was lobbying the federal government to legalize marijuana.

► “The future of gender equality hangs in the balance, putting our families, communities, businesses and economy at risk.”

— More than 50 companies, including Yelp and Lyft, signed a group letter saying that a new law in Texas that severely restricts abortions made it hard to do business in the state.

Exclusive: A big change at Change.org

Change.org, the tech company known for hosting online petitions and fund-raisers, will announce today that it’s transferring its ownership to a nonprofit foundation. As part of the change, more than 90 percent of the company’s investors are donating their equity, including Reid Hoffman, Bill Gates, Richard Branson, Ray Dalio and Arianna Huffington. (Hoffman, Change.org’s largest individual investor, made a $30 million investment in 2017.)

Change.org was already registered as a B Corp, a designation for businesses that focus on social and environmental goals, in addition to financial ones. It will stay as such, and the new structure will allow the organization to focus on Change.org’s mission exclusively, Rattray said. That means it can make new investments that might take longer to play out, like election-focused products between election seasons and initiatives in new markets like Asia. Change.org has been evaluating its corporate governance structure for the past 18 months.

Change.org generates about $70 million annually and is “fully covering” its expenses, Rattray said. The company makes money in two main ways: promoted petitions, where users can pay to get their campaigns highlighted, and monthly subscriptions. Rattray said a “slight majority” of revenue comes from petitions. Change.org won’t be looking for philanthropic donations for its current platform, though it is possible that it will run separate philanthropic projects in the future.

Toast, the restaurant technology vendor, priced its I.P.O. above its recently raised range, valuing the company at $20 billion. (CNBC)

Netflix bought the Roald Dahl Story Company, acquiring the full catalog of works by the author of “Charlie and the Chocolate Factory” and “Matilda.” (Deadline)

The sports betting firm DraftKings made an offer of more than $20 billion to acquire the gambling company Entain. (Reuters)

The Secret Service, the F.B.I. and the Defense Department all bought surveillance drones from DJI, a Chinese company the Pentagon deemed a security threat. (Axios)

More than 30 companies, including Amazon and UPS, joined a coalition founded by the Chobani C.E.O., Hamdi Ulukaya, to hire and train Afghan refugees in the U.S. (AP)

Rohit Chopra’s nomination to lead the C.F.P.B. moved out of committee, where it has been stuck for months, and he now faces a full Senate vote. (WSJ)

One of the junior bankers at Goldman Sachs who created a widely circulated slide deck about brutal working conditions is the son of the vice chairman of TPG, a major Goldman client. (Bloomberg)

Six workers who didn’t have the option to work from home during the pandemic share their stories. (NYT)

John and Jenny Paulson are divorcing after more than 20 years of marriage, the latest split of a couple with a multibillion-dollar fortune. (NY Post)

“Apple iPhone 13 Review: The Most Incremental Upgrade Ever” (NYT)

Will international freight make a comeback, or is the era of cheap mobility over? Join The Times on Sept. 23, at 1:30 p.m. Eastern, as our climate reporter Brad Plumer is joined by experts from FedEx, Ikea and more to explore the ways in which business models are changing as people, goods and data move toward a net-zero world. R.S.V.P. here.