DUBAI (Reuters) – Emirates, one of the world’s biggest long-haul airlines, said on Sunday it would stop nearly all passenger flights this week and cut staff wages by as much as half because of the coronavirus impact on travel demand. 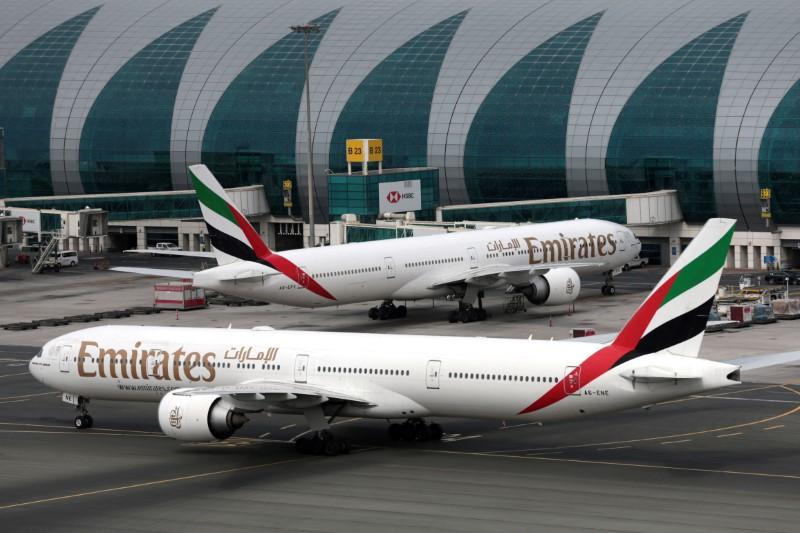 The state-owned Dubai carrier had already announced the suspension of nearly 70% of its network of 159 destinations, asked staff to go on unpaid leave and frozen recruitment as the industry faces one of its biggest ever challenges.

“As a global network airline, we find ourselves in a situation where we cannot viably operate passenger services until countries reopen their borders and travel confidence returns,” Emirates Chairman Sheikh Ahmed bin Saeed al-Maktoum said in a statement.

The Dubai based airline, which initially said it was stopping all passenger operations by Wednesday, will maintain some services to 13 countries for repatriation flights at the request of governments.

Flights would continue as long as borders remain open and there is demand, it said. Cargo flights will also operate.

Emirates employees told Reuters they were not surprised most flights were being suspended.

“There is no other choice, really,” one said on the condition of anonymity as they were not authorized to speak to media.

International connectivity is crucial for Emirates’ Gulf hub model, which transformed Dubai six years ago into the world’s busiest international airport. It does not operate domestic flights and most of its passengers transit through Dubai.

Emirates Group, a state holding company that includes the airline among its assets, will enforce a temporary 25% to 50% reduction in basic salary for the majority of employees.

“I feel uncertain for the future but at least we still have our jobs and are still getting paid,” an employee said.

Emirates President Tim Clark, who is due to step down in June, and Gary Chapman, president of the holding group’s airport and travel services company, will forgo their basic salaries for three months.

In an email to staff, seen by Reuters, he said he was confident the airline he has been chairman of since it was founded in 1985 would survive and asked staff to “keep their spirits up.”

“For now, we have to preserve our resources, while preparing ourselves for the rebound,” he said.

(The story refiles to match verbs in headline).