Last December, Emma Shi desperately needed an appointment at the civil affairs bureau in Shanghai, but could not get one. She scoured the internet to find someone who could help, quickly.

Her request: Help me obtain a divorce within a day.

Ms. Shi, a 38-year-old engineer, was trying to get ahead of a Chinese government rule that from Jan. 1, couples seeking a divorce must first wait 30 days. Ms. Shi said that forcing unhappy couples to stay married would only lead to more fighting.

“To anyone, this would be very unbearable,” she said. “The relationship is already broken.”

The new cooling-off period was introduced to deter impulsive divorces, but it prompted a scramble at the end of last year among couples urgently wanting to part ways.

China’s steadily rising divorce rate has compounded the challenges facing the ruling Communist Party’s efforts to reverse a demographic crisis that threatens economic growth. The number of marriages has plummeted every year since 2014, and officials have also grown increasingly concerned that more wedded couples were acting hastily to untie the knot.

“Some couples would fight in the morning and divorce in the afternoon,” Long Jun, an expert who worked to include the rule in the country’s new civil code, said in an interview with the official Legal Daily newspaper. “In order to reduce this phenomenon, the civil code was designed to address this in a systemic way.”

Data released by the civil affairs ministry last week showed that there were more than a million filings for divorce in the last three months of 2020, up 13 percent compared to the same period a year earlier.

The trend was stark in several major cities. Beijing recorded a 36 percent rise in divorces, to nearly 27,000 cases. In Shenzhen, they rose 26 percent, to more than 11,600 cases. In the southwestern municipality of Chongqing, there was a 15 percent rise, to 35,000 cases. In the last two weeks of December, about 40 couples filed for divorce each day, double the number compared to the same period a year ago, a district official in Chongqing told a local newspaper.

In Shanghai, divorce filings jumped 53 percent in that period, to 20,000. Ms. Shi, the engineer, just barely made the deadline. She said she and her husband had agreed to the divorce after she discovered in December that he had been cheating on her. 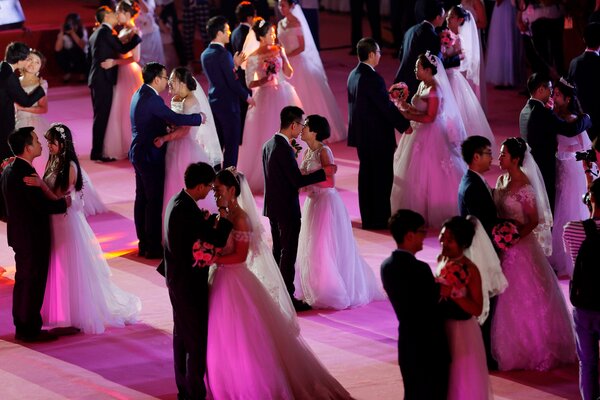 On Dec. 30, she found a fixer on Xianyu, an app for trading secondhand items, who promised to closely monitor the civil affairs bureau’s website for any slots that might free up. She paid him $50.

That same evening, Ms. Shi got an appointment — and her divorce came through the next morning. “I’m very grateful,” she said. In her view, she said, “it is marriage that needs a cooling-off period,” not divorce.

Mandated waiting periods for divorces — to allow for reflection, reconciliation, the organization of finances or discussions about custody — are not unusual in many countries. But in China, the move was met with skepticism and concern, with the hashtag #OpposeCoolingOffPeriod# generating 81,000 comments on Weibo, a popular social media website. People felt the government was overreaching into their personal lives.

“We have seen enough evidence suggesting that even if you make divorce harder and you set up more hurdles, if people are not happy with their marriage, they will find ways to get out,” said Ke Li, an assistant professor at the John Jay College of Criminal Justice in New York who has studied divorce litigation in China for 15 years.

Women’s rights activists say the waiting period could further disadvantage stay-at-home mothers who often have no independent income to pay for a legal fight. For those urgently seeking a dissolution, the order to wait could complicate the legal process. Even after they have completed the wait, couples would need to make another appointment to finalize the divorce.

The rule also grants either spouse the power to retract the divorce application if they disagree, which could further endanger victims of domestic violence, activists have said. The government said that in such cases, victims could approach a court to dissolve their marriage.

Shen Jinjin, a 34-year-old employee of an insurance company, has been married for over three years to a man who she says is verbally abusive to her and her parents. In January, she decided to leave him.

Ms. Shen, who lives in the southern city of Zhangzhou, said she believed that her husband’s conduct amounted to domestic violence. But she had taken her friends’ advice and pursued a divorce instead of suing him, a process that would have taken longer.

Ms. Shen was expecting to be granted the divorce on Saturday. She described the wait as a “real torment,” adding that she was most worried that her husband would change his mind.

“I’m under a lot of pressure,” Ms. Shen said. “I don’t know what kind of harm he could inflict on me.”

For many, the rush to get divorced before the rule took effect meant that in cities like Shanghai, Guangzhou and Shenzhen, residents sometimes had to wait up to a month for an appointment. Some described going to unusual lengths to beat the crowd.

In Guangzhou, Li Sisi, the 28-year-old owner of a cosmetics shop on the e-commerce platform Taobao, said that for several nights in September, she stayed up until midnight just to wait for the Guangzhou civil affairs bureau to release appointment slots on its website.

Ms. Li eventually secured a slot in October, but her husband couldn’t make it. She tried again and was finally able to dissolve the marriage on Dec. 21.

Ms. Li said she had decided to divorce because her marriage, which was long-distance, was leaving her unhappy. She has a 3-year-old daughter but said she would not stay married just for the sake of her child, unlike many parents in earlier generations. “This generation has spiritual needs,” she said.

“Since I want a divorce,” she added, “one more day and one more minute of being together is all suffering for me.”