There are many figures contained in this budget but perhaps the most telling is a striking set of numbers announced by Rishi Sunak in the House of Commons.

This budget, he said, contained around £65bn of measures to support the economy as it continues to battle COVID-19.

But, he added, this was dwarfed by the £290bn or so the government has already set aside to spend on the pandemic. 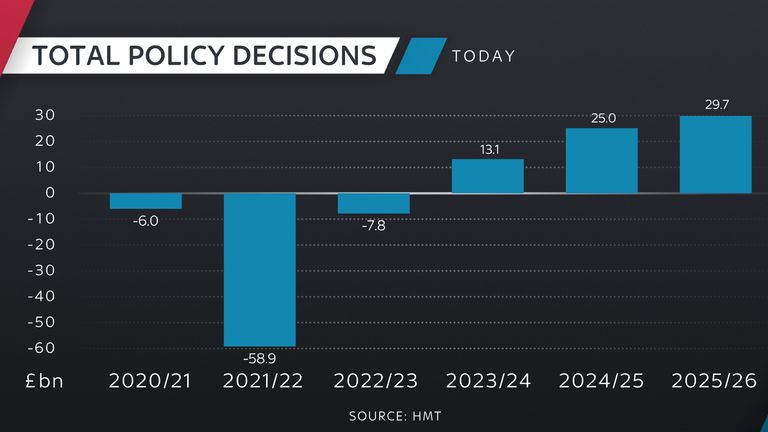 In other words, it is far better to view this budget not as a discrete event but as a continuation of a set of fiscal policies which have been accreting since the pandemic first landed in this country last spring.

But if we look specifically at the new policies the chancellor announced on Wednesday, what do we learn? 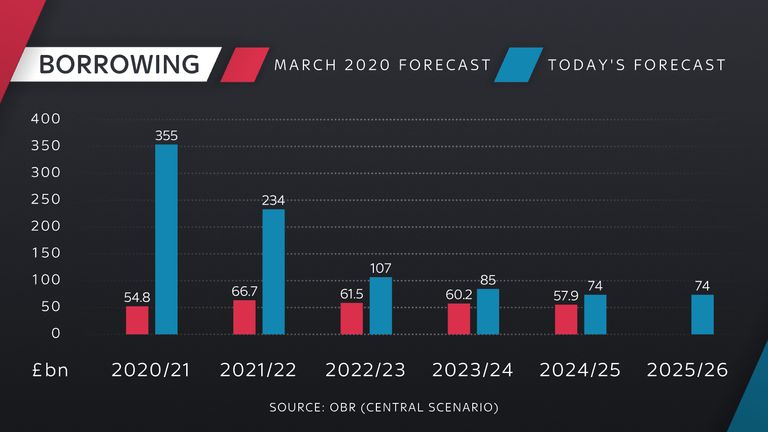 The initial largesse, in the form primarily of extended COVID-19 support and a new super-deduction (more on that later) gives way to a period where higher corporation taxes and indeed higher tax payments from the rest of us recoup nearly all of that money out.

Indeed, the sequencing here makes it somewhat difficult to say whether, when you take everything in it, this really constitutes a giveaway budget or one that tightens fiscal policy. Essentially it does both, though when you net out all the measures it involves a slight stimulus of just under £5bn.

Still, to pay for all this extra spending the tax burden – revenues as a percentage of gross domestic product – will rise by 2025 to 35% of GDP – the highest level since Roy Jenkins was Chancellor in the 1960s. 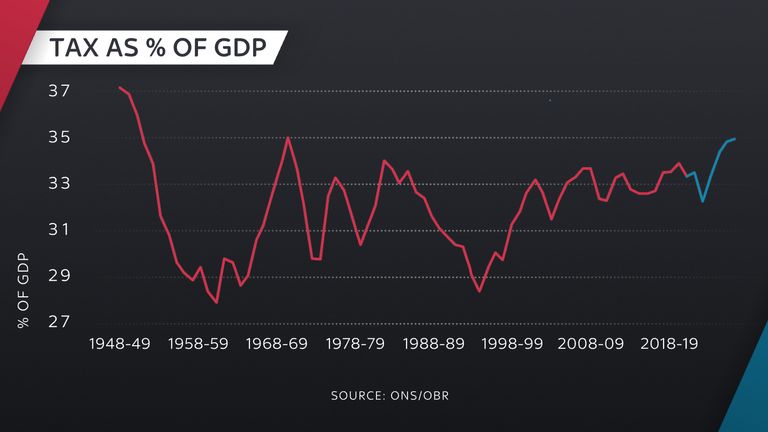 The big question – one for which we don’t really know the answer – is whether that’s sustainable. Are Britons more willing and capable to pay higher taxes than most previous generations? After all, the tax burden has never really stayed at these kinds of levels for a persistent period.

This raises a deeper question: will the Conservative party be happy to go into the next election with their policies bearing down on economic growth, or will they eventually tire of this relative prudence? Only time will tell. In the meantime, we must strap up and prepare for a roller-coaster ride.

According to the figures published by the Office for Budget Responsibility (OBR), having contracted by 9.9% last year, the economy will grow by 4% and then 7.3% this year and next. That latter figure would represent the fastest annual growth rate since 1941.

However, while the OBR thinks UK GDP will be back at the same size it was before COVID struck by the middle of next year, crucially it may never return to the growth trajectory it was on previously.

In other words, some permanent scarring seems inevitable. And when you look at the GDP forecasts it’s hard to be especially enthusiastic about the kind of growth rates pencilled in for 2024 and thereafter: only around 1.7%. Not long ago, anything below 2.5% was considered “below trend” growth. 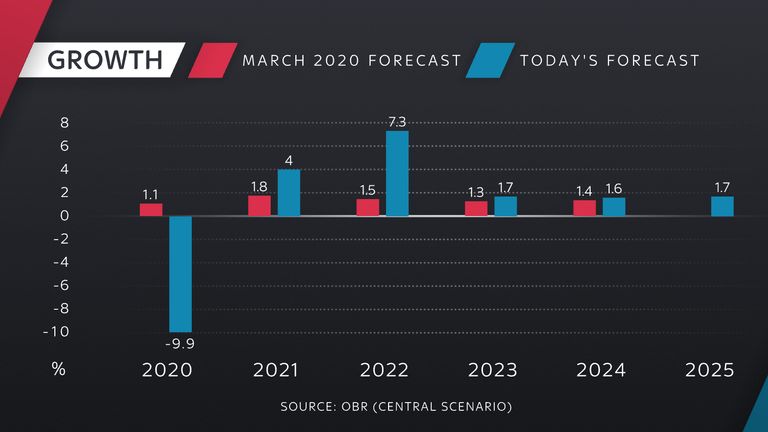 Still the roller-coaster will be all the more dramatic thanks to one of the most eye-catching measures in the budget: the super-deduction.

This is a scheme never before tried in this country, and the idea is to supercharge business investment by cutting companies’ tax bills by even more than the amount they are investing.

The likely outcome is that around the country companies will spend billions revamping their factories, plants, equipment and computer systems, all of which will boost business investment, something the UK has a relatively poor track record in. However, since the scheme is temporary, some will wonder whether this will simply stoke a temporary investment boom and bust cycle.

As is always the case with these budgets, this represents only a fraction of the policies.

There was the extension of the stamp duty holiday and of many of the COVID-era policies, including the VAT holiday for hospitality. There were freezes in fuel duty and alcohol duty. There was the announcement of a new Treasury campus in Darlington and eight new freeports around the country.

There was, in short, no lack of content. What seemed somewhat more lacking is a vision.

It’s clear the chancellor has lots of ideas about how to reform the economy, but it’s less clear what they add up to. He talked a lot about spending while cutting spending in the medium term. Is he comfortable with higher taxes? Does he really worry about the public finances? What is his grand vision for UK productivity? We still don’t really know.