BRASILIA/MEXICO CITY (Reuters) – The Brazilian real and Mexican peso have both rebounded strongly in recent weeks, but their rallies are starting to diverge with the peso running out of steam and the real gaining momentum. 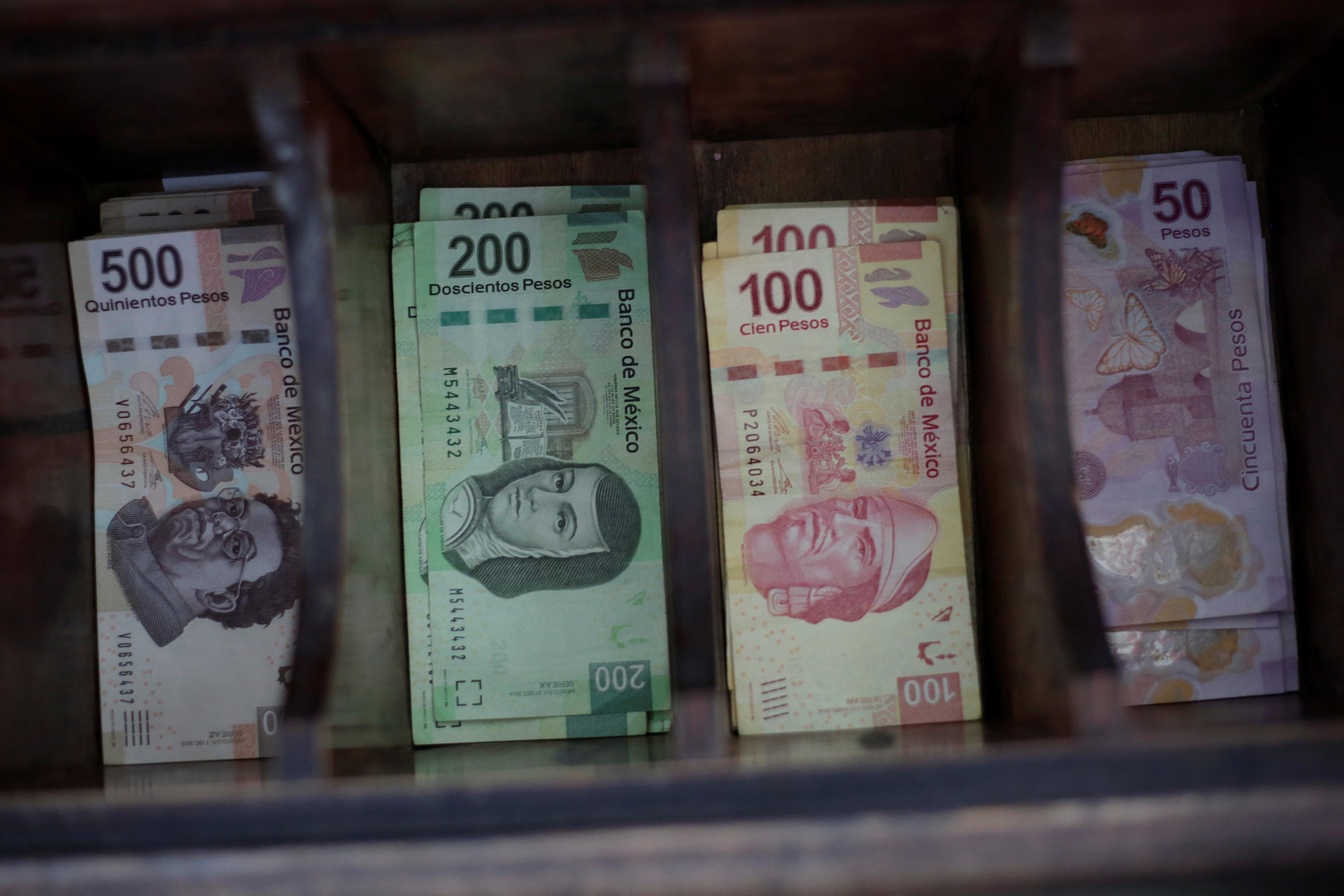 The two heavyweight Latin American currencies were pressured this year as their countries’ central banks slashed interest rates, historically deep recessions loomed on the horizon and investors dumped emerging market assets due to the coronavirus crisis.

Now, both currencies have surfed the wave of improving global market sentiment and appetite for risky assets, with trillions of dollars of monetary and fiscal stimulus lifting hopes for a quick post-pandemic economic recovery.

The peso’s selloff faded earlier, and it has appreciated 15% against the U.S. dollar since mid-April. Brazil’s real hit a record low in mid-May but has rebounded more than 20%.

The real on Friday surged through 5.00 to the dollar for the first time since March, headed for its biggest weekly gain since 2008.

The first shows their performance this year relative to other key emerging currencies. The real has weakened more than its peers, with room to recover further. Over the past 12 months, its relative depreciation has been has even steeper.

“It has underperformed big time and would be part of any broad dollar weakness rally,” said Alexandre Song, portfolio manager at Macro Capital in Sao Paulo.

“The laggards before are the winners now. No one is long the real, it is widely under-owned,” he said, adding that a sustained break through 5.00 per dollar could accelerate the move BRBY.

Analysts said the erosion of the real’s yield advantage should be fully discounted by now. The Brazilian central bank is expected to cut its benchmark Selic interest rate by up to 75 basis points this month, but has indicated this will be the last cut.

That puts the real in pole position if the assets most shunned when markets tumbled are due for a sharper rebound, as many analysts expect.

Brazil’s economic and financial position is far from stellar. The economy is poised for its biggest-ever annual slump of more than 6%, according to consensus forecasts, and the government’s deficit and debt will balloon to record levels.

But Brazil’s $3.5 billion dollar-bond sale this week, its first since 2019, drew huge demand from investors, suggesting foreign capital is ready to return.

Mexico’s economic and financial position has also weakened, but policymakers fear that added pressure on public finances could lead to a sovereign credit downgrade. Mexico could lose its investment grade rating, which would probably force many investors to sell Mexican sovereign bonds because institutional mandates require investment quality assets in their portfolios.

This is what initially happened to state-owned Pemex’s bonds after Moody’s in April became the second ratings agency to cut the firm’s debt rating to ‘junk’ status.

According to central bank data, more than $12.5 billion fled local debt markets between March and April. That would almost certainly increase if Mexico was cut to ‘junk’.

The second chart, a simple 30-day correlation, shows the two currencies have started to diverge in recent weeks. The peso has rebounded from a record low 25.74 per dollar in early April MXN=, but has lagged the real.

A recent central bank survey showed investors expect the peso will end this year at 23 per dollar, weaker than the 21.90 it was trading at on Thursday. The survey also shows the economy will shrink by 8% this year, more than the consensus forecast for Brazil.

The latest biweekly survey by Citibanamex shows nine out of 10 analysts expect the dollar to be above 22.00 pesos by year end, while six of 10 expect it to be above 23.00 pesos.

The peso’s loss of momentum in recent days comes as the dollar approaches the 100-day moving average, a technical level likely to act as a magnet for traders’ buy and sell orders. A break below could accelerate the dollar’s decline, but failure to do so could resume the uptrend.

“These levels are beginning to be attractive to consider accumulating dollars,” agreed Santiago Leal, fixed income and foreign exchange rate strategist at Banorte.