The S&P 500 rose 6 percent, rebounding from a 12 percent collapse on Monday, which was its steepest drop since 1987.

Still, even if the financial system functions well, a daunting economic challenge continues to face the American economy, as the spread of the coronavirus forces federal, state and local officials to take simultaneous actions that will cut consumer spending. Such spending accounts for roughly 70 percent of American gross domestic product. 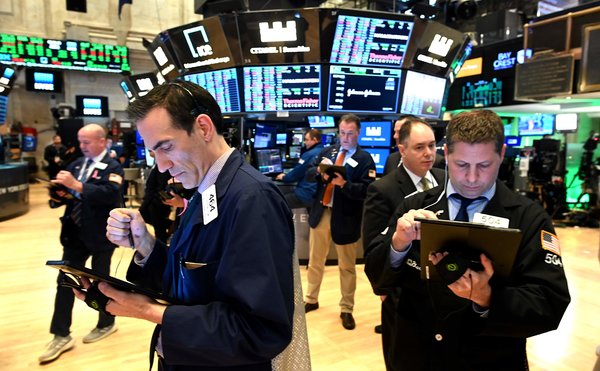 Even as stocks gained, the trading on Tuesday reflected some of these concerns. The best performing parts of the market were traditionally defensive areas, such as the utilities and consumer staples, where investors typically hide out during trying economic times. Oil prices also fell.

Mnuchin warns that unemployment could approach 20 percent without government help.

Treasury Secretary Steven Mnuchin warned Republican senators on Tuesday that the unemployment rate in the United States could approach 20 percent without the intervention of robust economic stimulus measures, according to people familiar with the discussion.

The comments came while Mr. Mnuchin was making the White House’s pitch to lawmakers to back a $1 trillion fiscal stimulus package that would include $250 billion of checks being sent to Americans suffering from the fallout of the coronavirus epidemic.

Mr. Mnuchin said that the jobless rate could go up by 5, 10 or 15 percentage points if there is no intervention, according to two people familiar with his comments. The jobless rate currently sits at 3.5 percent.

Monica Crowley, a spokeswoman for Mr. Mnuchin, said that the Treasury secretary’s comments were not a projection and that because Congress was taking additional action, he did not believe the unemployment rate would reach 20 percent.

“During the meeting with Senate Republicans today, Secretary Mnuchin used several mathematical examples for illustrative purposes, but he never implied this would be the case,” Ms. Crowley said in a statement.

Since World War II, the United States has never seen unemployment rise above 11 percent, the level it nearly reached in the recession of the early 1980s. It reached 10 percent, briefly, during the 2008 financial crisis.

The White House is seeking ways to use smartphone location data in its virus response.

The Trump administration has spoken with large technology companies about how their access to geolocation data from smartphones can aid in the response to the coronavirus pandemic.

At a recent meeting, a group of tech companies discussed the use of anonymous, aggregated geolocation data to respond to the spread of the virus with the White House and other administration officials, according to two people with knowledge of the matter. They also discussed how that would intersect with user privacy, the people said.

The Centers for Disease Control asked during the meeting about the prospect of using the data to track demand for hospitals around the country, which are expected to be deluged by patients, one of the people said. The conversations were first reported by The Washington Post.

Facebook has also discussed with the U.S. government the maps it produces to track disasters using satellite and census data, said a company spokesman, Andy Stone. It is also working to provide nonprofit groups — which can work with local, state and federal authorities — with a second set of mapping tools that use smartphone location data that Facebook users can choose to share.

The possible use of geolocation data raises questions about user privacy, especially as policymakers are increasingly asking about the power of major tech companies like Amazon, Facebook and Google.

But analysis of aggregated data would be different from aggressive measures to track individual patients using their phones. In Israel, for example, the government has moved to use cellphone data to retrace the steps of virus patients.