(Reuters) – For three years, U.S. President Donald Trump has touted a stunning run-up in the stock market as evidence of his success in the White House. In the space of three weeks, most of those gains have evaporated. 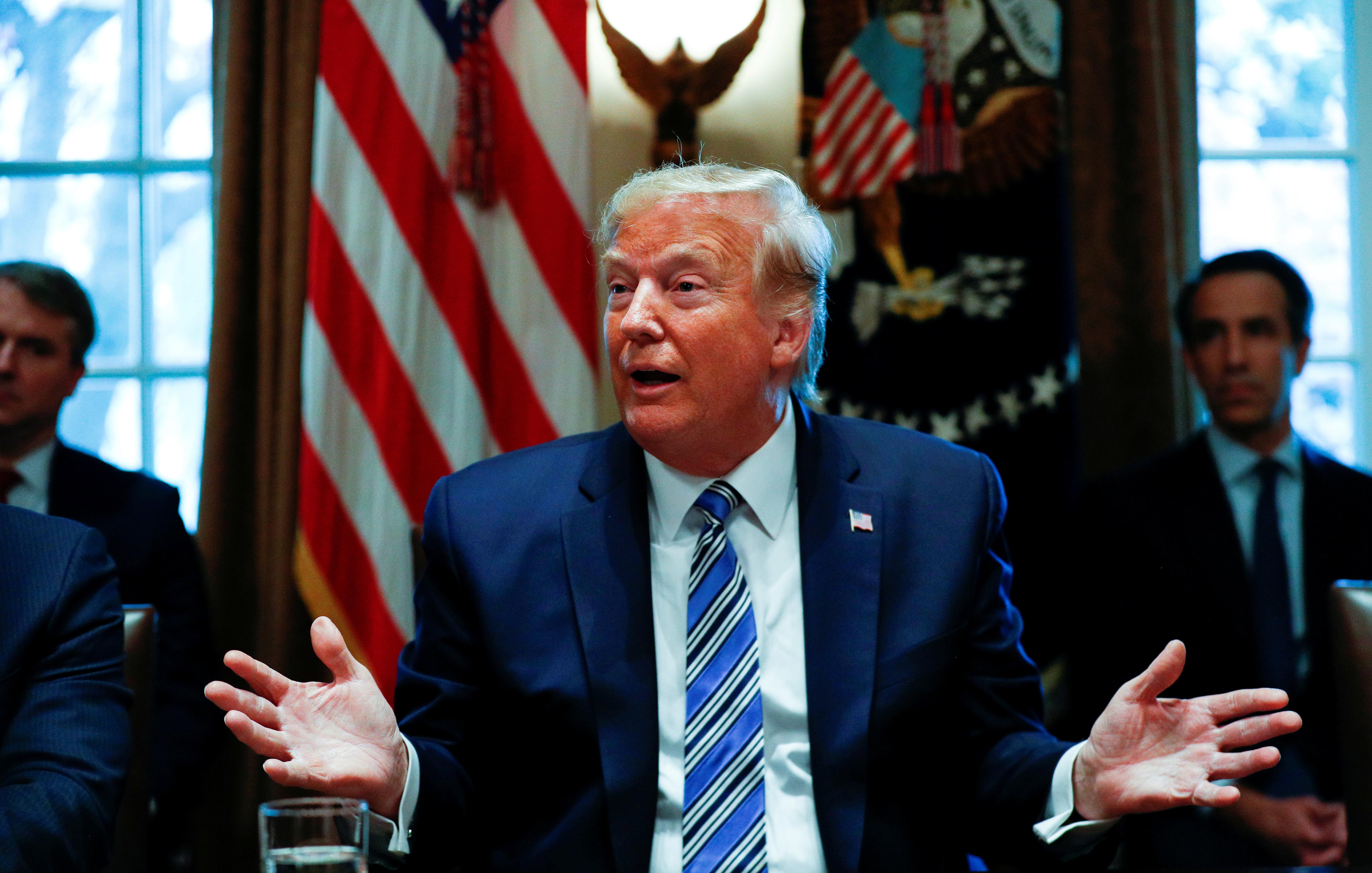 As the coronavirus pandemic spreads fear of a recession, the stock market’s rise under the Republican president since he was first elected is now less than half of the gain of his predecessor and rival Barack Obama during the same amount of time.

Trump, who has repeatedly boasted on Twitter and to reporters of the stock market’s performance in recent years, on Thursday played down the carnage wracking Wall Street.

“We have a lot of things that we’re working on with the financial markets, and it’s going to work out fine,” Trump told reporters.

“You have to remember the stock market, as an example, is still much higher than when I got here. And it’s taken a big hit, but it’s going to all bounce back, and it’s going to bounce back very big at the right time.”

The Dow Jones Industrial Average .DJI tumbled 8.4% on Thursday and was on course for its worst day since 1987 after Trump announced a sweeping move to restrict travel from Europe. S&P 500 futures tumbled late on Wednesday, seconds after he announced the travel ban in a televised address.

As fears grew that Washington has not done enough to prepare for the growing pandemic, the S&P 500 on Thursday sank another 4.5% in a dramatic end to a bull market that started during Obama’s presidency in the aftermath of the financial crisis, and that lasted 11 years.

In the early months of Trump’s first term, Wall Street, led by banks, surged on expectations that Republicans would slash regulations, a promise Trump fulfilled. Later gains were driven by historic tax cuts that freed up money for companies to spend on dividends and stock buybacks, which reached record levels.

As of Monday, the recent sell-off had cost the average person in the United States about $16,000, mostly through retirement plans and not accounting for wealth disparities, according to a study.