Sacha Baron Cohen may have been going a little mad. It was August, the pandemic was raging, and his secret production had shut down. He was determined to reprise his role as Borat in a feature film designed to satirize the Trump administration ahead of the November election.

First he persuaded Universal Studios to allow him to shop his incomplete movie. Then he cobbled together an hour of footage. (The infamous scene with Rudolph W. Giuliani had yet to be filmed.) Hulu was interested. So was Netflix. But Amazon Studios was the one most committed to getting the movie out in time, no matter the cost.

Amazon spent $80 million to acquire “Borat Subsequent Moviefilm,” a decision that incurred extra expenses because of Covid-19 protocols, test screenings in New Zealand — one of the few places in the world at the time where the company could gather a group of people in a dark movie theater — and a last-minute dash to incorporate all the gonzo footage before the film’s release on Oct. 23. (Mr. Cohen was cutting it close, still shooting three weeks before he had to deliver the movie.)

“They broke every rule for us,” Mr. Cohen said in a phone interview. “There was a certain delivery schedule that they felt was necessary, and they halved that time. They realized the imperative of getting this out before the election. And they changed their procedures completely to help us do this. I’m really, really grateful.” 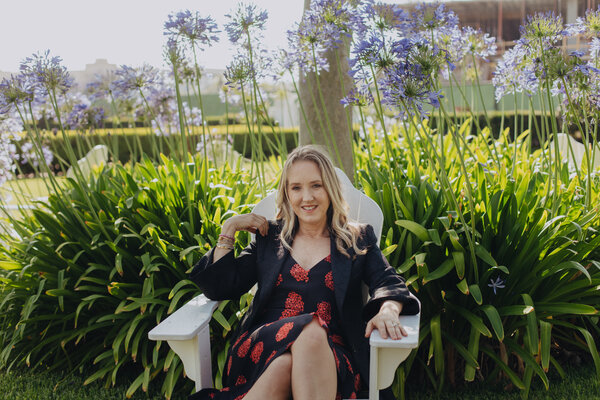 Jennifer Salke, the head of Amazon Studios, is also grateful. When the Golden Globes air on Sunday, “Borat Subsequent Moviefilm” will be competing for three awards: best comedy or musical, best actor and best supporting actress (Maria Bakalova). Other Amazon acquisitions, including Regina King’s directorial debut, “One Night in Miami,” and “Sound of Metal,” starring Riz Ahmed, are also contending for prizes.

Those accolades, coupled with the cultural impact “Borat” has enjoyed across the globe, have significantly altered the perception of Amazon Studios’ film division in Hollywood and among Amazon’s more than 150 million Prime subscribers. (The studio, which does not disclose viewer numbers, will say only that tens of millions of subscribers watched “Borat.”)

Once a home for indie darlings such as “Manchester by the Sea” and “The Big Sick,” Amazon Prime Video is transforming itself into a place for commercial films with broad appeal that can travel internationally. It’s all part of Ms. Salke’s plan to turn Prime into a service people subscribe to for more than free shipping for their paper towels.

“We had seen firsthand, when Amazon gets behind a piece of content, just how big the muscle is that they are capable of flexing,” said David Ellison, chief executive of Skydance Media and the producer of Amazon’s “Jack Ryan” series. He recently sold the films “Without Remorse” and “The Tomorrow War” to Amazon. “With ‘Borat,’ they showed they could do that with films, too.”

Amazon has thrived in the last year, with profits increasing some 200 percent since the pandemic began. That success has extended to its film business. Like other streaming services, it has been able to snatch up big-budget, star-driven films that studios have been forced to shelve in response to the closing of movie theaters.

Netflix, Apple, Disney+ and Hulu have all benefited from the studios’ woes, but Amazon has been one of the most aggressive in acquiring new movies.

In September, Ms. Salke acquired “Without Remorse” — starring Michael B. Jordan and based on a Tom Clancy series — for $105 million. It will debut at the end of April. The next month, it paid $125 million for the rights to “Coming 2 America,” which will premiere next Friday. Eddie Murphy was initially hesitant about taking the sequel to his much-beloved film to Amazon, but Ms. Salke and others say he was reassured by the performance of “Borat.”

In January, the company made its biggest bet yet, paying $200 million to acquire the Chris Pratt-led action film “The Tomorrow War,” which Paramount was set to release. It stands as Amazon’s largest financial commitment in acquiring a feature film. The company hopes to debut it on Prime Video this summer.

“We don’t have a huge bench of big blockbuster movies in the works,” Ms. Salke said with a laugh. “So for us it was opportunistic to be able to lean into that.”

With more players than ever joining the streaming fray (Paramount+, anyone?), the pace of delivering new content is an issue that every service worries about. Netflix threw down the gauntlet in January when it announced its 2021 strategy of delivering one new movie per week, which followed WarnerMedia’s announcement that all of Warner Bros.’s 2021 theatrical films will debut in theaters and on its HBO Max streaming service at the same time.

With so much volume being offered by those two companies, along with Disney’s recent announcement that at least 80 percent of its 100 new projects will be earmarked for Disney+, the only way to compete is to go big.

“It’s going to be really interesting over the next three years,” said Roeg Sutherland, one of the heads of media finance for Creative Artists Agency. “With platforms programming one new movie a week, this is fueling a competitive marketplace for high-end, independently financed films.”

At the Sundance Film Festival last month, Apple paid a record $25 million for rights to the independent film “Coda.”

Ms. Salke pushes back on the idea that her plans to broaden her offerings are a reaction to her competitors. Rather, she said, it’s the culmination of a strategy that began at the 2019 Sundance Film Festival, when as a newcomer to the film world she spent $46 million to acquire four films, including “Late Night” with Emma Thompson and Mindy Kaling, and the feel-good movie “Brittany Runs a Marathon.”

Before joining Amazon, Ms. Salke spent her career in television, shepherding hits like “Modern Family” and “Glee” at 20th Century Fox and “This Is Us” at NBCUniversal. After her Sundance shopping spree, she was mocked by some film insiders as an out-of-touch television executive overspending to acquire niche movies.

She was criticized for paying $13 million for “Late Night,” when it grossed $15.4 million at the box office. “Brittany Runs a Marathon” earned just $7 million. That commentary still seems to sting Ms. Salke, though she argues that she released the films theatrically only to appease the filmmakers. The movies’ real metric of success, she said, was how they played on the streaming service.

“Those movies all kept coming out as No. 1,” said Ms. Salke, referring to the films’ performances on Amazon Prime. “Every time we launched one, the next one would eclipse the next one. We were training our audience to know that we would have big original films that were more commercial on Prime Video. It’s a little bit of an ‘If you build it, they will come’ strategy.”

But what happens to that plan once the pandemic is over and studios are no longer willing to sell their movies to streaming platforms?

Amazon has some 34 films in various stages of production around the world, and Ms. Salke said the company was committed to spending upward of $100 million on a production if merited. (Amazon’s founder, Jeff Bezos, is stepping down as the company’s chief executive this year, but the studio isn’t expecting any big changes when Andy Jassy takes the reins.)

“The new news is that you will see us embrace some bigger projects going forward that are self-generated,” she said.

In Ms. Salke’s mind, this was always the place where Amazon Film was going to land. And there is a newfound confidence to her outlook as she celebrates her third anniversary as the head of the studio. In addition to her recent acquisition spree, she has made overall content deals with Mr. Jordan and the actor and musician Donald Glover, which she says will reinforce her mission to burnish Amazon’s reputation as a talent-friendly place.

With its healthy subscription base, Amazon is attracting those in Hollywood who are interested in the company’s global reach but also curious about the company’s other businesses that have the potential to expand a star’s brand beyond film and television.

Mr. Jordan, for one, said his overall content deal would allow him to explore areas other studios couldn’t offer: specifically fashion, music and podcasts. His portrayal of the physical incarnation of Amazon’s Alexa during a Super Bowl ad was an example.

And Ms. King got a kick out of just how pervasive Amazon’s marketing of her film was whenever she logged into the company’s e-commerce site.

“When I’m on Amazon, buying doggy bags, and my film pops up at the top, that’s pretty amazing,” she said. “That’s like, wow! Every single day I am getting a text from someone who saw the movie that probably wouldn’t have seen it if it didn’t pop up in their shopping queue.”