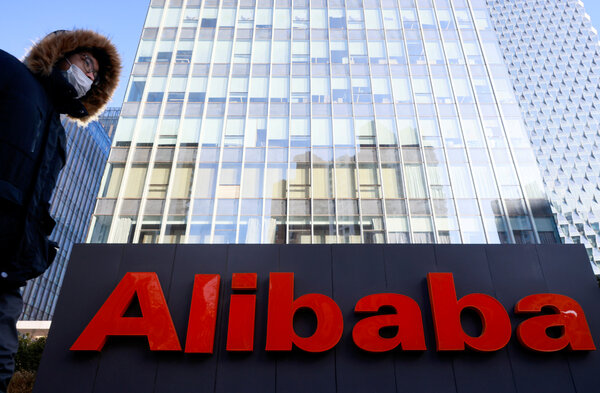 Two days after Chinese regulators fined the e-commerce giant Alibaba $2.8 billion for placing illegal restrictions on the vendors on its shopping sites, the company said it would lower the fees it charges such merchants and invest in new services for them.

“We will incur additional cost,” Alibaba’s chief executive, Daniel Zhang, said on Monday during a conference call with analysts. “We don’t view this as a one-off cost. We view this as a necessary investment to enable our merchants to have a better operation on our platform.”

The company’s chief financial officer, Maggie Wu, said Alibaba had set aside “billions” of renminbi in additional annual spending to support this initiative but did not offer more specifics. One U.S. dollar is around 6.6 renminbi.

China’s antitrust penalty against Alibaba far exceeds previous fines it has levied for anticompetitive business practices. It reflects the government’s growing concern about internet giants’ ability to tilt the playing field against their rivals and take advantage of their consumers.

In Alibaba’s case, the authorities focused on the company’s practice of blocking vendors from selling their wares on competing sites. Mr. Zhang said on Monday that such exclusivity arrangements previously covered only some digital storefronts operated by big brands on Tmall, Alibaba’s higher-end platform.

Mr. Zhang said Alibaba did not expect the ending of such arrangements to have any “material negative impact” on the company’s business. And Joseph C. Tsai, Alibaba’s executive vice chairman, offered an upbeat assessment of what Beijing’s increasing scrutiny of large digital platforms means for China’s internet industry.

“The regulators’ communication to the public is very clear that they’re affirming our business model,” Mr. Tsai said. “We feel very comfortable that there’s nothing wrong with the fundamental business model of a platform company. These regulatory actions are undertaken to ensure fair competition in order to benefit the public.”

“We are pleased that we’re able to put this matter behind us,” he said.