SEOUL/SYDNEY (Reuters) – Airlines around the world sank deeper into crisis on Tuesday as the worsening coronavirus epidemic and Italy’s lockdown hammered passenger numbers, forced the cancellation of thousands of flights and led to the delaying of plane orders.

Some carriers face calamity, with Korean Air Lines warning the virus outbreak could threaten its survival after it scrapped more than 80% of its international capacity, grounding 100 of its 145 passenger aircraft.

“The situation can get worse at any time and we cannot even predict how long it will last,” Woo Kee-hong, the president of South Korea’s biggest airline, said in a memo to staff that summed up the turmoil facing the industry.

“But if the situation continues for a longer period, we may reach the threshold where we cannot guarantee the company’s survival.”

Australia’s Qantas Airways said it would also cut its international capacity, by nearly 25% over the next six months, and delay an order for Airbus A350 planes due to a plunge in demand that industry chiefs estimate could hit airlines’ revenue by up to $113 billion this year.

Qantas said it could no longer provide guidance on the financial impact of the coronavirus, which it had estimated on Feb. 20 could hit underlying earnings (EBIT) by up to about $98 million this financial year. Its CEO and chairman will take no salary, managers will receive no bonuses and all staff are being encouraged to take paid or unpaid leave.

Leading U.S. airlines American and Delta suspended their 2020 financial guidance and took drastic further measures to combat the impact of the coronavirus.

Delta said it had seen net bookings fall by as much as 25% to 30% and expected the situation to deteriorate further. It is freezing hiring and offering voluntary leave options to staff.

“This clearly is not an economic event,” CEO Ed Bastian told an industry conference. “This is a fear event, probably more akin to what we saw at 9/11.”

The unprecedented lockdown of the whole of Italy, which is convulsed by Europe’s worst coronavirus outbreak, has heaped fresh disaster on global airlines.

Norwegian Air, IAG-owned British Airways, easyJet, Wizz Air and El Al Israel Airlines were among carriers to axe flights to and from the country, where there have been more than 9,000 virus infections and over 460 deaths.

Ryanair said on Tuesday it was cutting its passenger forecast for the year ending March by three million as a direct result of suspending almost all flights to and from its most important market for the next month.

Aviation analyst Mark Simpson, at Goodbody, said another major concern for the travel industry was whether the coronavirus epidemic would worsen markedly in European holiday hub Spain, which has reported more than 1,200 cases.

“A similar outbreak in Spain would pull IAG into the fold, the holiday groups like TUI and DART (Jet2),” he said. “IAG would be much more exposed due to its ownership of Vueling, Iberia and the soon to be completed Air Europa.”

Air France said it expected to make a total of 3,600 flight cancellations in March, including cutting 25% of its European capacity.

The global airline industry has been among the sectors hardest hit by the coronavirus outbreak. It has lost almost a third of its value – $70 billion – this year, according to Reuters calculations based on the 20 top listed global carriers.

The Italian cancellations added to an already difficult financial situation at Norwegian Air, which has lost 70% of its market value this year and scrapped its 2020 outlook.

It said on Tuesday it would cut around 3,000 flights between mid-March and mid-June and temporarily lay off a “significant share” of its workforce.

The CEO of Britain’s Virgin Atlantic, Shai Weiss, meanwhile told the BBC that the airline was being “forced to fly almost empty planes” in order to keep its valuable airport slots.

Pressure is mounting on European authorities to waive a rule requiring airlines to run 80% of scheduled services or else forfeit unused take-off and landing slots.

On Tuesday, Germany’s economic ministry joined calls for Brussels to relax the obligation on airlines. An EU official said the European Commission was looking into potentially changing the rules.

Should Korean Air fall, it would not be the first airline engulfed by the fallout of the outbreak; Britain’s Flybe collapsed last week as bookings faltered, and a further sector shakeout is expected, industry experts have warned. 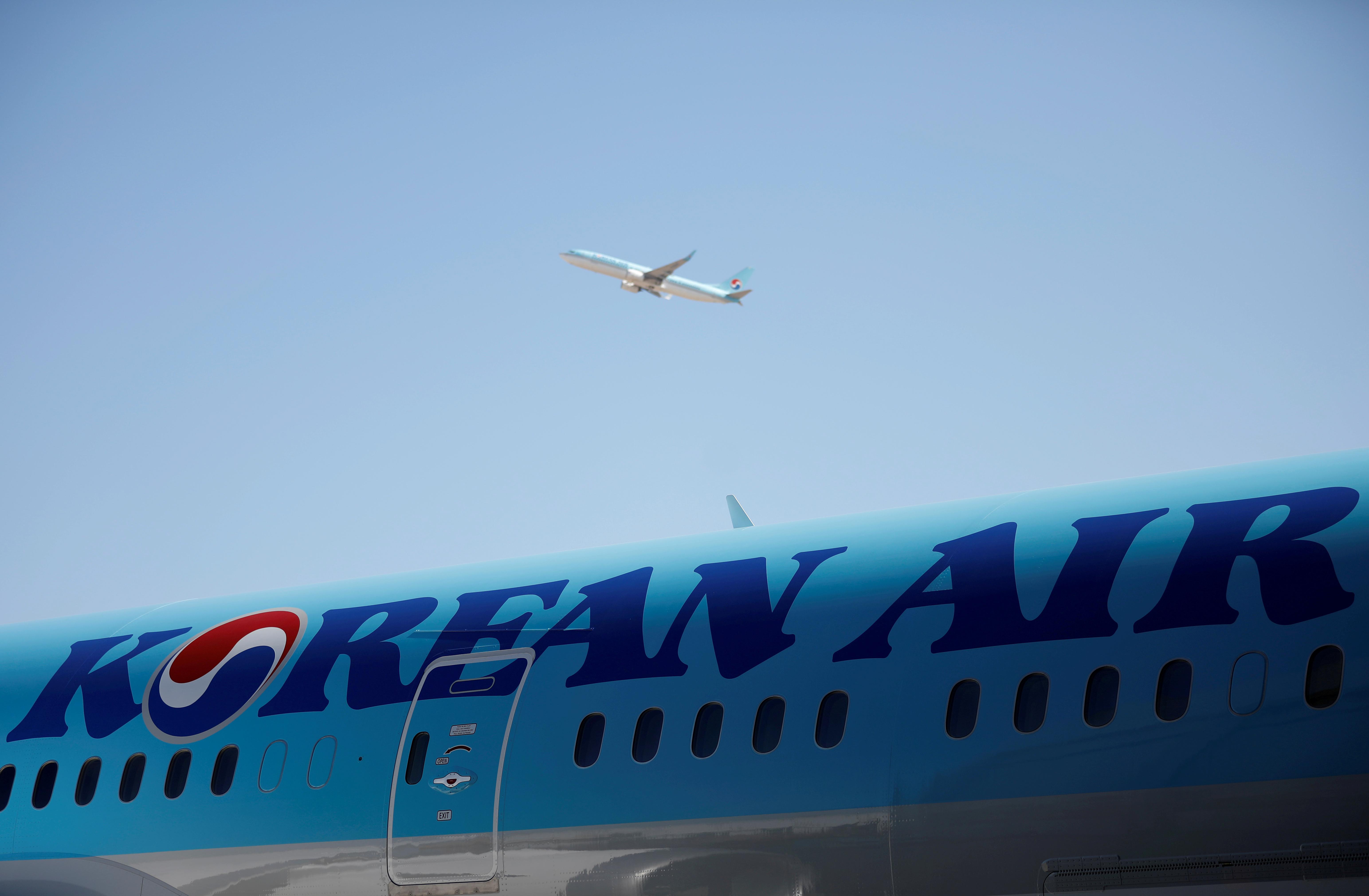 Conglomerate HNA Group, which owns or holds stakes in a number of Chinese carriers, including Hainan Airlines, said it was in a “state of war” in its efforts to tackle the financial fallout of the outbreak.

Airlines in China, where the new coronavirus originated, have canceled tens of thousands of flights since the start of the outbreak, though have started resuming them.