Experts say that tourists could come back in the spring or summer but that more profitable business travelers could stay away for a year or longer. 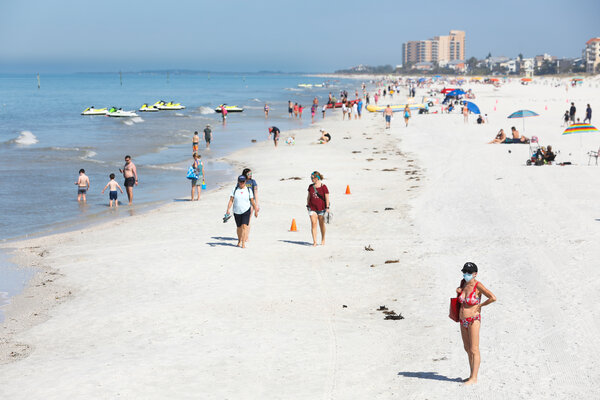 It was “a year of going through hell” for United Airlines. Delta Air Lines had “the toughest year” in its history. And for American Airlines it was “the most challenging year.” That’s how the executives who run those companies described 2020 in recent weeks.

The airline industry is eager to move on, but it hasn’t figured out how.

Air travel has recovered somewhat in recent months, but it remains deeply depressed compared with 2019, and no one knows when business will return to more normal levels. Two essential moneymakers for airlines — corporate and international travel — are likely to stay sidelined for another year and possibly much longer.

Now and for the next several months at least, airlines are flying whoever they can wherever they can. That often means catering to a small group of hardy leisure travelers who are undeterred by the pandemic to travel to ski slopes or beaches.

“As a quick strategy, fly where people are,” said Ben Baldanza, a former chief executive of Spirit Airlines, the low-cost carrier. “That’s been a real smart strategy, but that’s not a long-term way for those airlines to make money.”

But leisure travel offers limited comfort to an industry so thoroughly clobbered. Tourists and people visiting family and friends typically take up most of the seats on planes, but airlines rely disproportionately on revenue from corporate travelers in the front of the cabin. Before the pandemic, business travel accounted for about 30 percent of trips but 40 to 50 percent of passenger revenue, according to Airlines for America, an industry association. And those customers aren’t expected to return in great numbers any time soon.

The four largest U.S. airlines — American, Delta, United and Southwest Airlines — lost more than $31 billion last year, and the industry over all is still shedding more than $150 million each day, according to an estimate from Airlines for America.