We’re covering tough U.S. sanctions on Russia and doubts about the Tokyo Olympics. 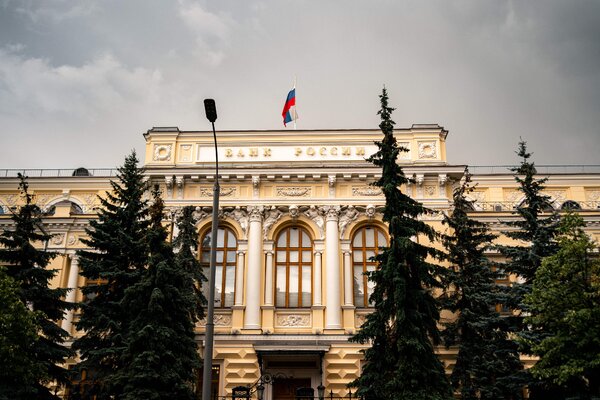 The new measures announced by the Biden administration are aimed at choking off lending to the Russian government as part of a broad effort to give more teeth to financial sanctions — which in the past have failed to deter Russian activity.

The U.S. administration formally blamed the SVR, one of Russia’s intelligence agencies, for sophisticated hacks on government agencies and corporations.

Details: Thirty-two entities and individuals were placed on the U.S. sanctions list for disinformation efforts and for carrying out the Russian government’s interference in the 2020 presidential election. Ten Russian diplomats were expelled from the Russian Embassy in Washington. The U.S. along with European partners also imposed sanctions on eight people and entities associated with Russia’s occupation in Crimea.

Russian response: The Foreign Ministry’s spokeswoman said a response would be “inevitable” but did not immediately disclose what it would entail.

Impact: In early trading in Moscow before the announcement, the ruble’s exchange rate to the dollar dropped about 1 percent, reflecting nervousness over how the measures would play out.

Related: The Biden administration warned the Kremlin on Thursday over suspected bounty payments to militants to encourage killings of American and coalition troops in Afghanistan. But officials stopped short of sanctions.

Prime Minister Yoshihide Suga of Japan is visiting Washington this week, the first foreign leader to be invited to the White House by President Biden.

As relations warm between the two countries, Japan faces a perilous moment with the U.S. pushing Mr. Suga to squarely address China.

China has repeatedly ignored diplomatic or legal efforts to contain its aggressive actions in both the South China and East China Seas, and some say Japan needs to be more specific about what it might do in the event of a military conflict. Perhaps the biggest risk is in the Taiwan Strait, where China has been dispatching warplanes.

Quotable: “The U.S.-Japan alliance is at a crossroads,” said Jennifer Lind, a specialist in East Asian international security. “The alliance has to decide how do we want to respond to the growing threat from China?”

Related: Economists expect China to report that its economy grew by 18 to 19 percent in the first three months of the year compared with the same period in 2020, a jaw-dropping figure that shows China’s remarkable post-pandemic surge.

A leading member of Japan’s governing party said on Thursday that the country would consider canceling the Tokyo Olympics if rising coronavirus cases were not brought under control.

Though he quickly walked back the comments — saying in a statement that “our party has not changed its support for holding a safe and worry-free Games” — it was the first public indication that the government was considering canceling the Games.

Polls show that more than 70 percent of the Japanese public believes that the Games should be delayed again or called off. The government maintains that it intends to put on “safe” Games as a symbol of resilience, but without spectators from abroad.

Details: Toshihiro Nikai, the secretary general of the Liberal Democratic Party and one of the country’s top politicians, said in a TV interview that “if the situation becomes more difficult, we’ll have to completely cancel” the Olympics. The interview was prerecorded and has not yet aired. Hours later, as headlines about the interview circulated, Mr. Nikai sought to soften the message with a statement reaffirming his commitment to the Games.

Cases rising: Infection rates in Japan, although still relatively low, have climbed in recent weeks, raising fears that the country could soon face a “fourth wave” of infections as it prepares for the Games. They are set to begin in late July, a year after they were postponed because of the pandemic.

Even vaccines have become partisan for some in the U.S.: Two-fifths of Republicans say they do not plan to receive any vaccine, while two-thirds of Democrats report having had at least one dose.

Hong Kong expanded its vaccination program to include residents as young as 16. Less than 10 percent of the population has received a dose since the rollout began in February.

Canada’s daily per capita increase in Covid-19 cases has edged past that of the U.S. for the first time as the country’s vaccination campaign lags.

The Hong Kong government organized a day of citywide activities, from schools to the police academy, to encourage residents to support the national security law imposed by Beijing. Teddy bears in black police riot gear were on sale for more than $60 a piece.

Secretary of State Antony Blinken traveled to Kabul, Afghanistan, on Thursday to signal continued cooperation less than a day after President Biden announced plans to withdraw all remaining troops from the country by Sept. 11.

President Biden’s climate envoy, John Kerry, met in Shanghai with his counterpart to press China on reducing its carbon emissions, at a time when the Communist Party leadership has become increasingly dismissive of American demands.

Iran and the other signatories of the 2015 nuclear deal resumed negotiations in Vienna on Thursday to revive the accord, but the talks were overshadowed by the apparent Israeli attack on a major uranium enrichment site in Iran.

Derek Chauvin, the former Minneapolis police officer accused of killing George Floyd, declined to testify in his own defense. The trial is set to move to closing arguments.

An international coalition of 35 children’s and consumer groups called on Instagram to scrap its plans to develop a version of the popular photo-sharing app for users under age 13.

In just a couple of months, Italy’s prime minister, Mario Draghi, has leveraged his relationships and reputation to make Italy a player on the continent in a way it has not been in decades. With elections and power shifts in other European countries, Mr. Draghi is poised to fill a leadership vacuum in Europe.

Coinbase, which helps people buy and sell cryptocurrencies, listed its stock publicly for the first time on Wednesday. Our Silicon Valley reporter Erin Griffith talked to the On Tech newsletter about the stock market debut, which shows how far the currencies have to go to achieve the vision of upending the financial system.

Make the case for why Coinbase matters to people who don’t live and breathe Bitcoin.

Coinbase is a blaring signal that cryptocurrency is becoming a very big business and a significant investment asset — although it’s a risky and volatile one. And Coinbase is a way for people who might be curious about cryptocurrencies, but can’t stomach the wild ups and downs in their prices, to dip into the market.

Coinbase listing its shares on a U.S. stock exchange is a huge validating moment for cryptocurrencies, even if you don’t believe in the big idea behind them.

What is the big idea?

The original vision of cryptocurrencies was this idea of everyone being their own sovereign bank. Believers imagined it wouldn’t require centralized authorities like banks.

That hasn’t really happened yet. The prices of the currencies are so volatile that it’s not practical to buy a cup of coffee or most things. Instead cryptocurrency is for now mostly a vehicle for financial speculation and trading.

Forget the anecdotes you’ve heard about which plants “love” which other plants. There is some science to choosing companion plants to improve soil and minimize pests.

P.S. The Chinese Daily Briefing introduced a new writer today, Rong Xiaoqing, who will be breaking down the big debates in Chinese communities in the U.S. every week. Sign up here.

The latest episode of “The Daily” is about the pause in the Johnson & Johnson vaccine.

Carole Landry helped write this briefing. You can reach Melina and the team at briefing@nytimes.com.