My childhood friend has joined America’s “deaths of despair.” 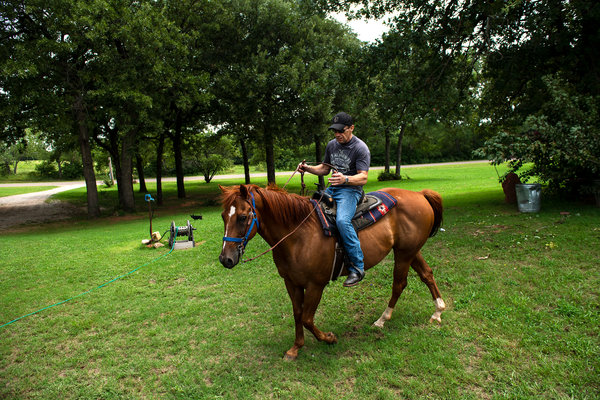 Among the kids who boarded my No. 6 school bus each morning near Yamhill, Ore., were the Knapps, five smart and rambunctious children whose family had recently bought their first home and were full of confidence in the future.

Farlan, my classmate and the oldest of the siblings, descended into a spiral of drug and alcohol abuse and died of liver failure. Zealan died in a house fire when he was passed out drunk. Nathan blew himself up cooking meth. Rogena died of hepatitis from injecting drugs.

If they sound familiar, it’s because my wife, Sheryl WuDunn, and I wrote about them early this year, in an article in The Times called “Who Killed the Knapp Family.” It was adapted from our newest book, “Tightrope,” but now there’s a sad update.

The only survivor among the children was the youngest, Keylan, and he was alive largely because he had spent 13 years in the Oregon State Penitentiary.

“Our family is cursed,” Keylan told me once, weeping. “Something went wrong with our generation.”

Keylan, a lean, rugged and witty man of 54, was looking forward to sharing a stage with me at a conference in Los Angeles this spring (since postponed) to talk about “Tightrope” and his experiences.

I was using his family to make a larger point in a narrative about the “Other America” that had been left behind and that was wrestling with “deaths of despair” — drugs, alcohol and suicide. But to Keylan, this wasn’t a narrative; this was life.

The Knapp home when Keylan was growing up was traumatizing. Keylan’s dad, Gary, was an alcoholic who regularly beat the children and their mom — sometimes even fired his rifle in her direction her. She once went to the police, who didn’t want to get involved.

Keylan was very bright, and he was promoted three grades in math class at Yamhill Grade School, so that as a fifth grader he studied math with the eighth graders, his feet swinging without reaching the floor, and he still outperformed most of the older children.

Yet he dropped out of high school, like all the Knapp kids, and they then all struggled in a changing job market. Good union jobs like their dad’s were disappearing, and each of the children self-medicated with drugs and alcohol.

The State of Oregon spent hundreds of thousands of dollars prosecuting and incarcerating Keylan (and later his only son as well), but I wonder if modest interventions might have put him on a sounder path: early childhood education, counseling, job training, drug treatment.

After he got out of prison, Keylan lived near his mom and did well for a time. Like all the Knapps, he was charming. I asked him once if he had stopped using drugs.

“Every once in a while I might bust out and do a little bit of meth.”

“And do you abuse alcohol?”

Keylan worked in construction but fell off a roof in 2018, breaking his pelvis, his hip, both legs and an arm. He spent a month in the hospital and afterward struggled to find jobs. He couldn’t make payments on his house and lost it. He was frustrated and lonely.

We are now all focused on our coronavirus pandemic, but we also face a loneliness pandemic across the industrialized world — and the measures to address the former may inflame the latter. Some researchers believe that loneliness is more lethal than obesity or smoking 15 cigarettes a day.

The inability to find a job or purpose depressed Keylan, and he recently began to console himself with heroin.

This is America’s pandemic of squandered talent and early death that preceded Covid-19 and that will linger after the coronavirus is gone. There’s no vaccine that will rescue us, but improved education, job training and drug treatment would help.

I’m delighted to see Washington rush to address the coronavirus with huge spending packages. I wish that it also showed interest in seriously addressing the pandemic of deaths of despair — symptoms of the frustration of those left behind across America. For a tiny fraction of the sums recently approved, we could have created a national high-quality early childhood program like those in other countries, giving children a solid start in life and making it easier for working-class parents to hold jobs.

This month Keylan overdosed on heroin. His girlfriend told me that she was gone for only a little more than an hour, but when she returned he was unresponsive.

So Keylan Knapp, the last survivor of the five optimistic, talented Knapp kids on my old school bus, is gone as well.

Some will see a “junkie” and ex-convict who left trouble everywhere he went. I remember a charming math prodigy who was capable of so much more.

A country cannot live up to its potential when its citizens don’t live up to theirs. R.I.P., Keylan Knapp.