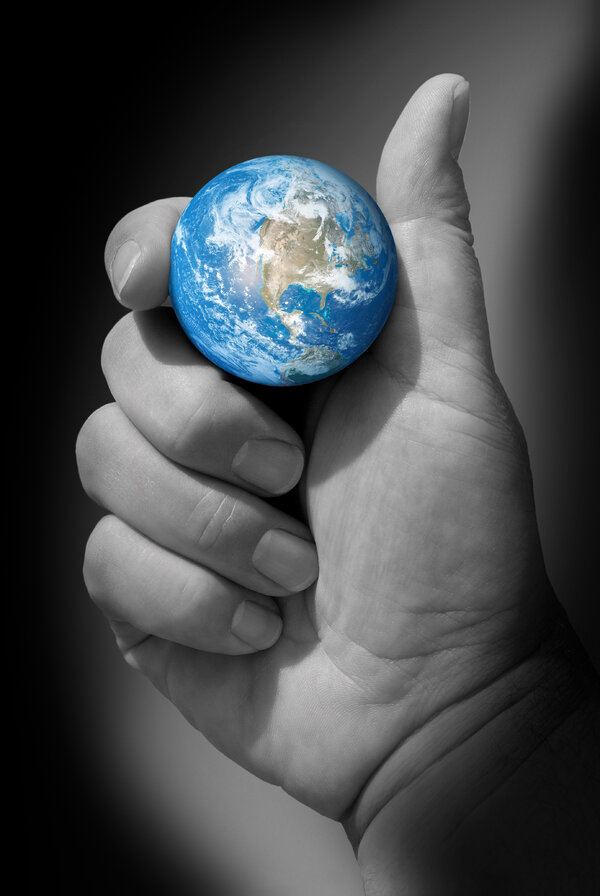 If I am brutally honest, there is only one motto I would give to the movement to stem climate change after the Glasgow summit: “Everyone wants to go to heaven but nobody wants to die.”

On a third hand, suburban greens will tell you that the world is ending, but that they don’t want any windmills, solar farms or high-speed rail lines in their backyards.

On a fourth hand, most of today’s leaders will tell you that the world is ending, so at Glasgow they’ve all decided to go out on a limb and commit their successors’ successor to deliver emissions-free electricity by 2030, 2040 or 2050 — any date that doesn’t require them to ask their citizens to do anything painful today.

This is not serious — not when you’re talking about reversing all the ways that we have destabilized Earth’s systems, from ice caps and ocean currents to coral reefs and tropical forests to the density of carbon dioxide in the atmosphere. This is pretend.

Serious was how we responded to Covid-19, when it really did feel like the world economy was ending: We fought back with the only tools we have that are as big and powerful as Mother Nature — Father Profit and New Tech.

We combined innovative biotech firms — like Pfizer-BioNTech, Moderna and some small start-ups — with today’s massive computing power and a giant market demand signal, and what did we get? In a little over a year after first being locked down by the virus, I had an effective mRNA vaccine against Covid-19 in my body — followed by a booster!

That was an amazing feat of biotechnology and computerized logistics to develop and deliver vaccines. And I hope the scientists, employees and shareholders of those vaccine innovators make boatloads of money — because it will incentivize others to apply a similar formula to stem climate change.

I have nothing against Glasgow. I admire those leaders who are trying to inspire the world to cut CO2 emissions, preserve biodiversity and hold each other to account. But we will not decarbonize the global economy with a lowest-common-denominator action plan of 195 countries. Not possible.

We will get there only when Father Profit and risk-taking entrepreneurs produce transformative technologies that enable ordinary people to have extraordinary impacts on our climate without sacrificing much — by just being good consumers of these new technologies.

In short: we need a few more Greta Thunbergs and a lot more Elon Musks. That is, more risk-taking innovators converting basic science into tools yet to be imagined to protect the planet for a generation yet to be born.

The first is Planet.com, which I alluded to briefly in last week’s column from Glasgow. Founded in 2010 by three former NASA scientists based in San Francisco, Planet has some 200 earth-imaging satellites in orbit, most the size of a loaf of bread, to observe the entire global land mass every 24 hours in high resolution — in order to make the changes unfolding on the ground “visible, accessible and actionable.” No government in the world has this capacity.

With these new deep transparency tools we can begin to reshape capitalism. For years, the rules and incentives of capitalism enabled oil and coal companies to extract fossil fuels — and industries to use them — without paying the true cost of the damage they were causing. That was easy to do because nature was hard to value; destruction was often hard to see in real time; and consumers had no tools to react. They had to wait for the courts.