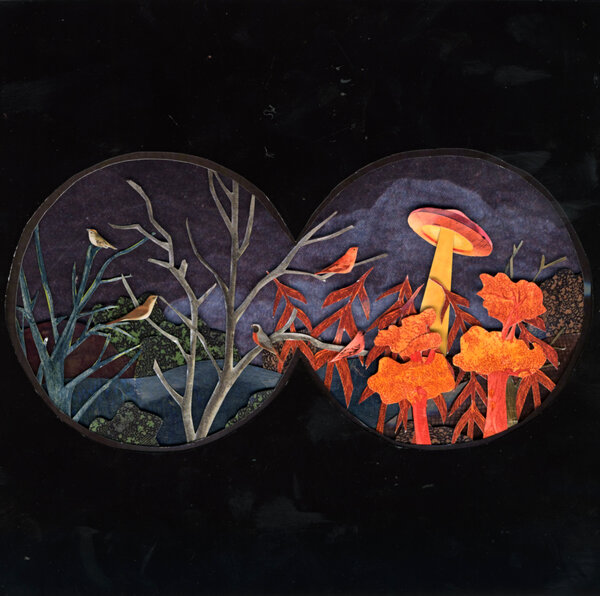 Re “The Truth May Yet Be Out There,” by Adam Frank (Opinion guest essay, June 2):

As a nonscientist, I hesitate to quibble with a professor of astrophysics about the criteria for acknowledgment of extraterrestrial life. However, Dr. Frank addresses the matter as if it can be adequately probed by the application of current scientific and technological tools.

Wouldn’t it be safe to say that, whatever might be out there, a few quadrillion miles away from us, is likely to be utterly dissimilar to everything we know with our earthbound consciousness? If so, we literally couldn’t even conceive of that world’s nature or its inhabitants, if there be any.

If an 18th-century scientist were somehow to obtain a view of our 21st-century world, what capacity would he have to recognize nuclear power, an M.R.I. scan or Wi-Fi? Or, indeed, the principles behind spaceflight? He would be, as we all are, a prisoner of his paradigm.

Extraterrestrial “life” may be no more graspable by science than the charms of music.

Adam Frank ignores an important aspect of this issue: the possibility that any extraterrestrials from an advanced civilization visiting us may not be friendly, which should be of great concern to all of us.

Let us hope that whatever aliens we encounter do not turn out to be like us — blithely devastating and exterminating other creatures and the biological systems that sustain life on Earth. Even and especially if they are kind and compassionate, they might feel obliged to exterminate such a dangerous and destructive “pest” species as human beings. We clearly represent a threat to most other life-forms on our planet.

Our sense of morality and ethics rarely restrains us in our pursuit of domination of animals and nature. Why should aliens treat us any differently?

The Media’s Skepticism About a Lab Leak

Ross Douthat presents an argument linking the alleged suppression of the Covid lab leak hypothesis to the media’s anti-conspiracy bias.

What he conveniently omits is the fact that, over a period of two years, President Donald Trump slashed the C.D.C. staff in China from 47 to 14. Those cut included epidemiologists and other health care professionals. That staff was positioned in China precisely to give an early warning about biological hazards originating there.

Ross Douthat gives some reasons that the lab leak theory matters. One is to gain some soft power over China. But to think that China would admit a mistake is like thinking President Donald Trump would. No chance.

Re “The Lab-Leak Theory and the Media,” by Bret Stephens (column, June 1):

After President Donald Trump and other loud voices on the right proclaimed that Covid cases would go to zero, that the president would never let Covid come to America’s shores or that it could be eradicated with Lysol, their proclamations that the Chinese leaked it seemed as reliable as those from the boy who cried wolf.

Similarly, while Senator Tom Cotton might indeed be correct about a lab leak, his colleagues were so wrong about so much that his getting this one thing right would be like a broken clock telling the right time twice a day.

Finally, detailed genomic analyses from the Journal of Virology and Nature Medicine indicated that the Covid-19 spike protein bound less efficiently to the human host receptor than a previous coronavirus, and less well than a computer model would have optimally predicted. This was (and remains) powerful evidence that Covid-19 was not intentionally constructed.

Robert Labarre
Stamford, Conn.
The writer is a cardiologist.

Re “C.D.C. Has Stopped Tracking Mild Cases in Vaccinated People” (news article, May 26):

To fail to study some breakthrough Covid infections as a matter of policy is not justifiable. One wonders at the motivation: optics? resources?

In addition to the many negative consequences explored in the article, the opportunity to learn specifically from mild and inapparent infections stands out. The role of such infections in the epidemiology of Covid was among the more puzzling aspects of the outbreak. However, during the darkest times, it was not possible to divert resources to cases not severe enough to threaten the life of patients.

But questions remained about case numbers relative to clinically serious infections, their role in transmission, long-term health and patient profiles.

Failing to probe these and other questions will limit our ability to manage a still active health crisis and others to come, and to evaluate the role of public health measures as the country opens up.