Produced by ‘The Argument’

It’s the start of another N.F.L. season, the time of year Americans turn on their televisions to watch their favorite teams make spectacular plays and their favorite players commit incredible acts of athleticism. But is America’s favorite pastime actually its guiltiest pleasure? Can fans ethically enjoy watching a football game?

The effects of the tackles on players’ brains is one reason you might feel guilty for watching. The injuries come on top of long-running disagreements between players and the league. How do you balance the brutality of the sport with the athleticism and beauty?

[You can listen to this episode of “The Argument” on Apple, Spotify or Google or wherever you get your podcasts.]

Steve Almond gave up watching football because of the values he sees it embracing. Kevin Clark watches football as part of his job as a writer and reporter at The Ringer.

Mentioned in this episode:

“Paper Lion: Confessions of a Last-String Quarterback” by George Plimpton (1966)

“Against Football: One Fan’s Reluctant Manifesto” by Steve Almond

(A full transcript of the episode will be available midday on the Times website.) 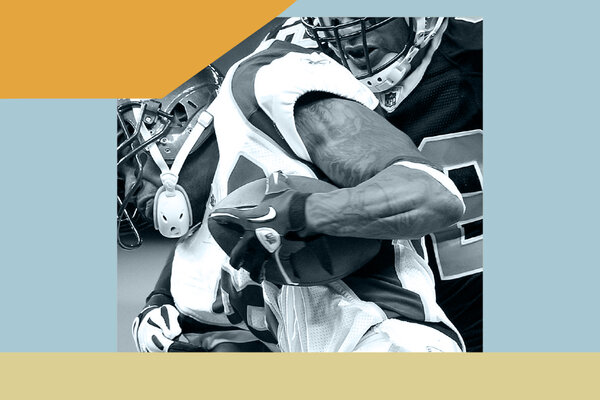 Thoughts? Email us at argument@nytimes.com or leave us a voice mail message at (347) 915-4324. We want to hear what you’re arguing about with your family, your friends and your frenemies. (We may use excerpts from your message in a future episode.)

By leaving us a message, you are agreeing to be governed by our reader submission terms and agreeing that we may use and allow others to use your name, voice and message.

“The Argument” is produced by Phoebe Lett, Elisa Gutierrez and Vishakha Darbha, and edited by Alison Bruzek, Sarah Geis and Paula Szuchman; fact-checking by Kate Sinclair; music and sound design by Isaac Jones; audience strategy by Shannon Busta. Special thanks to Kristin Lin.