I’m in a Police Union That Holds Bad Cops Accountable

The Ethical Society of Police isn’t afraid to speak out against police misconduct.

Police and protesters. It seems like them and us. On one side, there are those who say abolish and defund. On the other there are the police unions, who think the police officers can’t do no wrong. One side says Black Lives Matter. The other, Blue Lives Matter. But what about us, who are both Black and blue? I’m a police lieutenant in the city of St. Louis. I have been on the job for just about 32 years. St. Louis has one of the highest rates of police shootings in the country, and Black mistrust of police runs deep. That ignited the fire of them versus us. That’s a picture of Officer Darren Wilson. “Happy alive day, Darren!” posted by the business manager for the St. Louis police union. The implication being, not so happy alive day for Mike Brown. It continues the us versus them. Police unions are growing furious at calls for reform. The police union is defending the actions of officers seen on video. “The reason why they are allowed to keep their job is because of the police union.” The reputation of most unions is that they uphold the officers in a wrongdoing. “We will defend these police officers.” “Deadly force in that situation was absolutely justified, without a shadow of doubt in my mind.” The community look at it as the unions all stand united, no matter what they do. But we have two unions in St. Louis. The St. Louis Police Officers Association, and then the second one is called the Ethical Society of Police. And that’s what we should be — as police officers we should be ethical. We are different from other unions. “Yes there is systemic racism. And this is how I’m going to fight it.” If something is wrong, we say it’s wrong. “We came to the decision that we need to support a conviction of Jason Stockley, for murder.” We stand on truth, what’s right, and what is just. And when you do that, you have better relationships with your community. Now, I tell you Ethical, we are not perfect. Sometimes we make mistakes. He was a very active member with the organization. Did a lot of good work. The organization felt that he was wrong. It was not justified. We had to say, Hey, we love you. We care about you, but we can’t support the behavior. Sure, we have loyalty. We want to back each other up. But at the same time, I can’t back you, when you’re doing something wrong. The union should lean to what’s right, not what’s loyal. George Floyd, he was murdered on my birthday. And for me to sit and watch that officer, with his knee to Mr. Floyd’s neck, was totally devastating for me. And in that moment, that’s when I felt us versus them, because George Floyd looked like me. To heal the divide is going to take a lot. And we as law enforcement, it’s our responsibility. Unions across the country can change by following our lead. First, we need to get out there and apologize. We got to be accountable for what we do. That’s the only way we can begin to heal the divide. 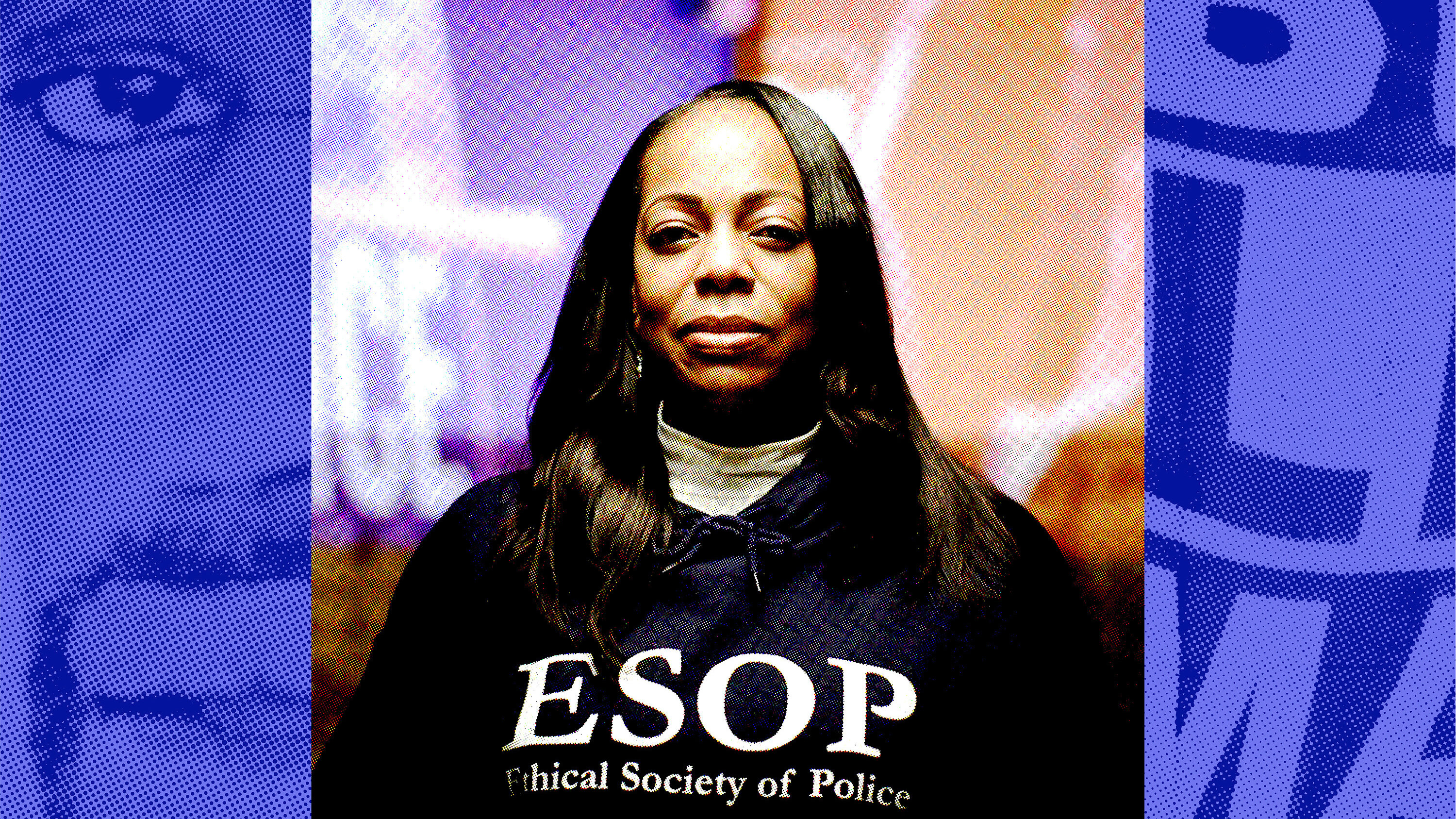 This week, a veteran officer in Brooklyn Center, Minn., killed an unarmed man, claiming to have mistaken her gun for her Taser. The Ethical Society of Police, a St. Louis group consisting mostly of Black officers, was quick to comment on the shooting, calling out the negligence of the officer and openly criticizing attempts to frame it as an accident.

What is it like for some officers who see themselves in both Black Lives Matter and Blue Lives Matter after such high-profile shootings? In the video Op-Ed above, Lt. Cheryl E. Orange, a longtime member of the Ethical Society of Police, explains how her organization places morality and ethics over blind loyalty, even as most traditional police unions continue to defend their officers, no matter what. Sometimes this means publicly condemning its own members, however painful that is.

The Ethical Society of Police was formed in 1972 to address race-based discrimination within the St. Louis Metropolitan Police Department and is open to all officers. It is unafraid to speak out about high-profile cases of police misconduct in St. Louis and in other cities. Lieutenant Orange argues that when police unions stand behind their officers, seemingly regardless of their conduct, it erodes public trust in law enforcement, creating an “us versus them” dynamic. As she says in the video, “The union should lean to what’s right, not what’s loyal.”

Cheryl E. Orange is a lieutenant with the St. Louis Metropolitan Police Department. She has served as a police officer for over 30 years. She joined the Ethical Society of Police in 1990.