The party may control the elected branches in Washington. But it may be facing some slippage in support from minority communities.

Mr. Kaufmann is a professor who studies and writes about demographics, partisanship and ideology. 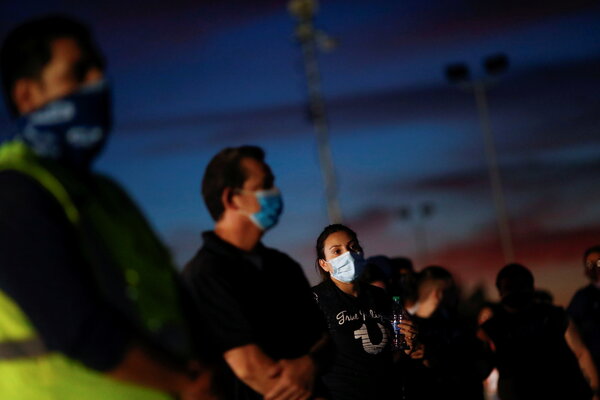 Democrats are riding high in Washington, with control of the White House and Congress. They got there with a broad coalition that included suburban white and minority voters — I estimate, based on exit poll data, that nearly half of the Democrats’ roughly 81 million votes came from the latter group. For Republicans, it was just 18 percent.

If the Democrats are to avoid losing Congress in 2022 or the presidency in 2024, they will need to continue to carry an overwhelming number of minority voters. Yet there are signs that the party’s dominant grip on this growing demographic is beginning to slip.

For Democrats, the problem with those figures is that they represent a step back from the strong results of 2012. Since then, minority support for Republicans has inched up. Without minority votes, Mr. Trump would not have won in 2016 or come as close as he did in 2020.

But what if something more enduring is going on — and what is considered “normal” has shifted? Namely, Democrats may be seeing a slippage in support from some minority communities. And in the case of Hispanics in particular, some of that movement is a result of a form of identity politics, as they more and more see themselves as identifying with the white majority. And since nearly six in 10 whites voted Republican in 2020, it should follow that as minorities move toward what we might think of as a mainstream white Americanism, some will become more Republican.

The trajectory of earlier generations of white Catholics in America provides a good example of this sort of political movement. From the country’s founding, the United States was largely Protestant — in the late 19th century, I estimate it was around 80 percent. The political historian Paul Kleppner calculated that around 70 percent of white Catholics (largely descended from post-1840 Irish and German immigrants) voted Democratic from 1853 to 1892, and roughly the same percentage (68 percent) of Northern white Catholics identified as Democrats in 1952-60, as the political scientist Alan Abramowitz, using American National Election Studies data, showed.