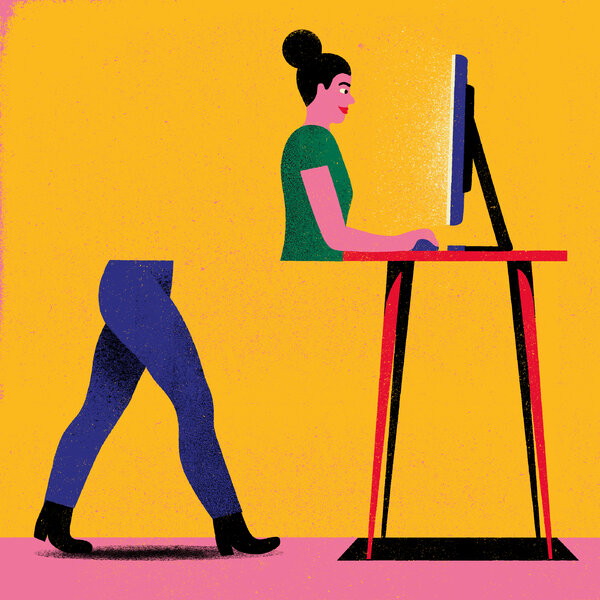 Ms. Cooper is a co-founder of Medley, a membership-based community for leadership development, and a former executive at Goldman Sachs.

In the conversation about returning to in-person office work, it sometimes seems like bosses and workers are operating in different realities.

Many young workers on the first few rungs of their career ladder do not see offices as welcoming places, buzzing with collaboration and mentorship, despite what their bosses promise.

Meanwhile, many senior executives are mystified by calls for change to office systems and cultures that, from where they sat, looked like they were working just fine.

They weren’t. The pandemic showed a realistic alternative to the daily commute to the office, and now many workers aren’t willing to go back to the status quo. Some two-thirds of those who have worked remotely during the pandemic do not want to return to the office, according to a survey conducted by the jobs platform FlexJobs last year. A large survey taken in November 2021 of workers in 17 countries found that 71 percent of 18- to-24-year-olds said that “if my employer insisted on me returning to my workplace full-time, I would consider looking for another job.” And they can, for the moment at least, do just that: In a tight labor market, research suggests that recent college graduates have high expectations of their first jobs, including work flexibility and alignment with their employers’ mission and values.

There are around 125 million full-time jobs in America, and researchers at Gallup say that half of these jobs — mostly office or “white collar” jobs — can be done remotely. But corporate leaders still seem to put a premium on “face time” in the office. Elon Musk recently told his employees at Tesla and SpaceX that he expects them to spend at least 40 hours per week in the office.

Even if they’re not announcing mandates, many companies are offering incentives and perks, leaving workers with the distinct impression that working from home is frowned upon. Apple’s plans to bring workers back to its campus part-time haven’t gone over well, with some employees demanding in an open letter that the tech company “Stop treating us like school kids who need to be told when to be where and what homework to do.”

Part of the problem is that the collegial, purpose-driven office that senior leaders idealize feels like a myth to many young workers. Since long before Covid-19, most offices weren’t delivering the mentoring, collaboration and social fabric that makes in-person work feel worthwhile. Indeed, many of the offices I visited in recent years were desolate, open plan landscapes dotted with individuals staring at screens, headphones on.

When I was the head of Goldman Sachs’ human resources team, a new hire — a young woman of color — asked me, “Can I bring my whole self to work?” It’s not a question my generation would have asked, but it’s a fair and increasingly common one. Work culture is 10 times as significant as compensation in predicting staff turnover, according to research published by Massachusetts Institute of Technology’s Sloan School of Management. And culture problems can make those who are marginalized less eager to be in the office: In survey after survey, women and Black workers say they prefer hybrid or remote working at higher rates than white men.

Despite all this, I want young people to return — at least some of the time — to offices. I hope they won’t underestimate the value of actually being in a room with co-workers: the shared experience, the serendipity of talking to people not directly related to what you do; the exposure to a diversity of ideas and perspectives; the chance to look up and say, “I never thought about that.” I hope they won’t give up on the office before engaging fully in trying to create a better version of it.

Americans often spend a third to more than half of their waking hours working, so work is inevitably where many of our bonds and friendships are formed. The old way of mixing business with pleasure had its problems — golf, after-work drinks and other forced “fun” activities aren’t for everyone, especially parents or those who don’t drink alcohol. But there are ways to get to know colleagues that feel more progressive — from shared meals to book clubs, to simply grabbing a coffee or going for a walk with a colleague during the workday.